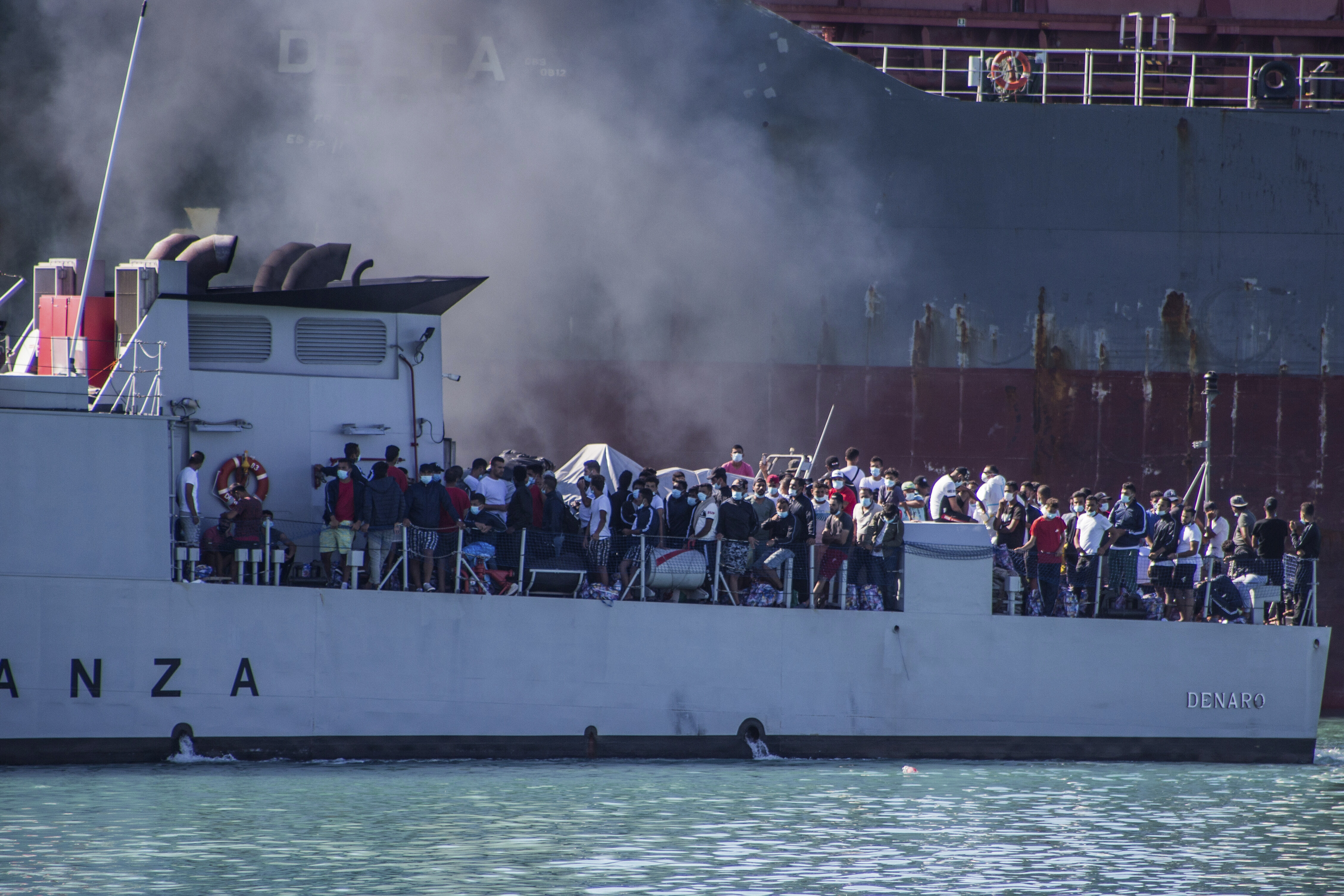 The leadership of Sicily has announced that it will no longer accept more migrants to migration centers in its region and that it intends to transport all of them to the Italian mainland.

The head of the Sicilian regional government, Sebastiano Musumeci, justified the decision by saying that his government can no longer guarantee compliance with all measures against the spread of the coronavirus, however, according to the Italian Ministry of the Interior, Musumeci is not authorized to take such a step.

“To protect public health and safety, and given the lack of suitable facilities, the entry, transit, and residence of migrants arriving in large or small ships, including non-governmental vessels, shall also be prohibited in the Sicilian region. Failure to comply with this ban will be sanctioned under applicable law,” the Italian news station SkyTg24 quoted from a 33-page document signed by Musumeci on Saturday night.

However, according to the Italian Ministry of the Interior, the regional government does not have the authority to take such a step, so the regulation is invalid, the APA agency reported.

Sicily and its island of Lampedusa, located about 100 kilometers off the coast of Tunisia, have been facing a major wave of migration in recent weeks, with local authorities repeated requests from the Italian government for help being met with no response. In late July, over 700 migrants escaped coronavirus quarantine on Sicily, sparking a massive manhunt and raising concerns about the disease spreading.

Since then, there have also been reports in the local media of dozens of other migrants fleeing quarantine centers in Sicily. These migrants are failing to comply with mandated quarantines due to the Covid-19 pandemic. In a worrying sign, coronavirus infections of migrants have been subsequently confirmed in several cases.

“Europe is acting as if nothing had happened, and the Italian government has decided, despite our requests, not to apply the decrees in force and not to close ports, as the government did last year,” the Sicilian head of the local government said, adding that tensions in Sicily are rising.

“Do they want to turn the Sicilians, who are the friendliest people in the world, into racists?” Musumeci asked.

In recent weeks, there have been several rather small protests in Sicily with locals calling on the Italian government to address the situation quickly.

According to the Office of the High Commissioner for Refugees (UNHCR), almost 17,000 migrants have arrived in Italy through the Mediterranean since the beginning of this year, including 14,200 in Sicily. Last year, a total number of 11,471 refugees arrived in Italy and 23,370 a year earlier. In 2017, however, there were 119,369 migrants coming to the country.

The lower numbers in the last two years have been largely the result of the anti-immigration policy of then-Interior Minister Matteo Salvini, who closed ports to NGO ships and left migrants to disembark only after other EU countries had promised to take them over. For this, he now faces two separate investigations as the Senate stripped him of his immunity this year.

Just a couple of days ago, 28 migrants disembarked from two small ships on Lampedusa and were placed in a migrant center, according to ANSA. There are now about a 1,000 migrants, which is ten times more than its capacity. From Lampedusa, migrants are transported to Sicily, under which the island administratively belongs.

Title image: Migrants arrive in Porto Empedocle, Sicily, aboard two military ships after being transferred from the island of Lampedusa, where a number of small boat carrying migrants arrived in the last days, Monday, July 27, 2020. (Fabio Peonia/LaPresse via AP)