Spain: A record number of migrants arrives in Ceuta during low tide, storm the town

The Spanish authorities speak of at least 3,000 people 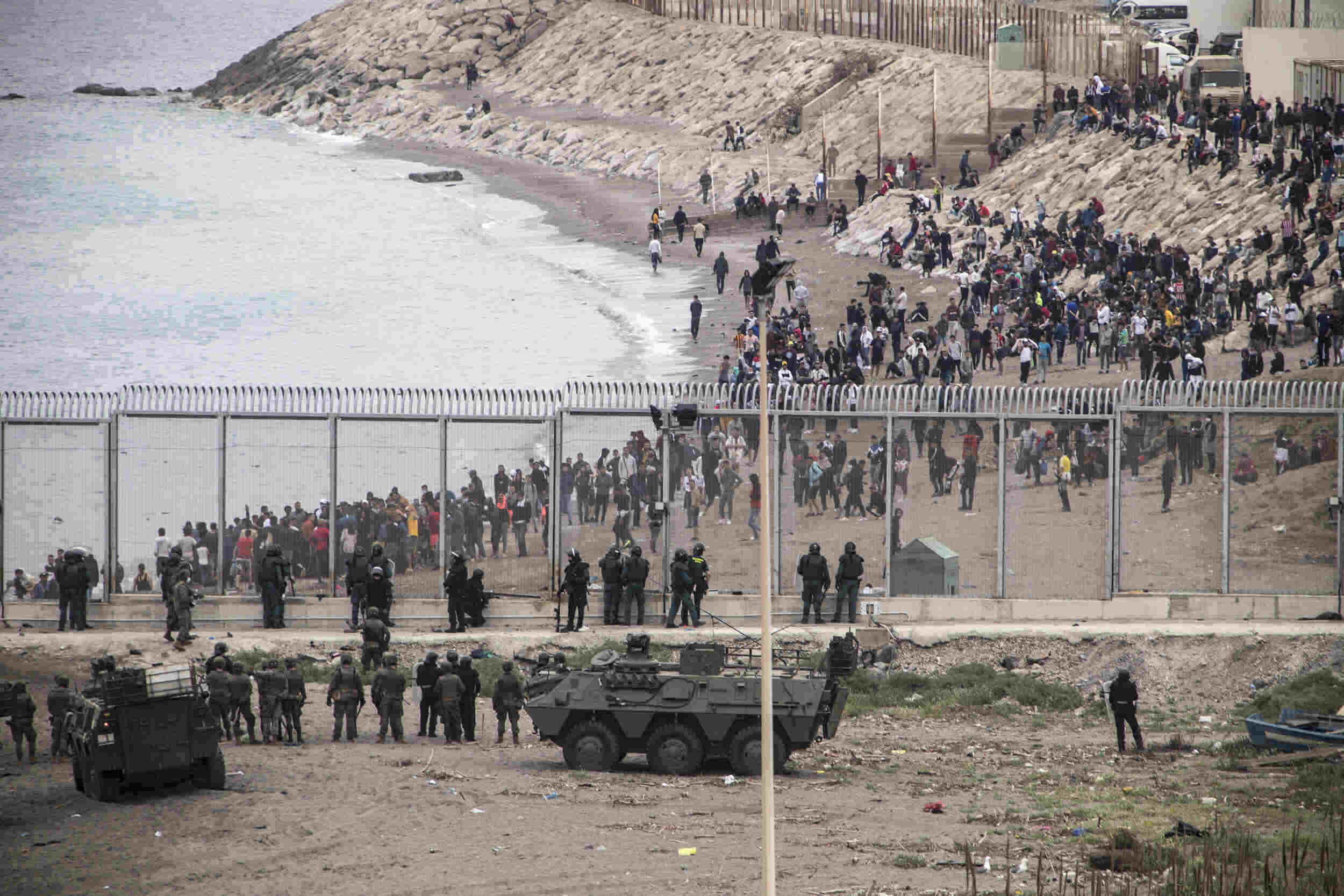 A record number of migrants entered the Spanish autonomous city of Ceuta illegally on Monday. The Spanish authorities speak of at least 3,000 people, including hundreds of minors. In some cases, whole families came to Spanish territory on inflatable boats. Since January, more than 9,000 migrants have entered Spain illegally.

Due to the low tide, some Moroccans only had to walk along the coast, according to Spanish newspaper El Pais.

Video from the mass illegal entry was published on social media, which showed thousands of migrants storming the coast of Spain.

“Spain has returned nearly half of the 8,000 migrants who have arrived illegally in Ceuta since Monday. More than 2,000 unaccompanied minors roam the streets of the city, under the astonished gaze of the inhabitants,” read the RFI Twitter account.

The number of migrants on Monday, May 17, is higher than for the whole of 2020. The Spanish authorities have stated that this is the second-largest number of migrants arriving in the last month. At the end of April, more than 150 people sailed to Ceuta from Morocco.

At times, migrants, especially in larger groups, try to cross the mainland-guarded border. At its length of about 8 kilometers, there is also a ten-meter high fence. The capacity for receiving migrants in the city is currently overwhelmed, RTVE said.

Spain immediately detained the migrants and began negotiating their fate with Morocco. The European country does not grant Moroccans asylum but allows unaccompanied minors to remain on its territory. During the numerous border crossings in April, most Moroccans were returned to their country of origin within 48 hours, according to Spanish authorities.

According to the daily El País, the approach of the Moroccan security forces during Monday’s surveillance of the border was “unusually passive”. According to the daily, a possible connection between the diplomatic rift and the reduced supervision by Morocco is possible. However, this assumption was rejected by the Spanish Foreign Minister Arancha González.

Figures released by the Office of the United Nations High Commissioner for Refugees show that more than 9,000 migrants arrived in Spain from January to May 9 without permission, 38 percent more than in the same period in 2019.

In addition to Ceuta and Melilla, another significant migration route is the so-called Atlantic route from the northwest coast of Africa to the Canary Islands.

Title image: Spanish Army take positions at the border of Morocco and Spain, at the Spanish enclave of Ceuta, on Tuesday, May 18, 2021. Ceuta, a Spanish city of 85,000 in northern Africa, faces a humanitarian crisis after thousands of Moroccans took advantage of relaxed border control in their country to swim or paddle in inflatable boats into European soil. Around 6,000 people had crossed by Tuesday morning since the first arrivals began in the early hours of Monday, including 1,500 who are presumed to be teenagers. (AP Photo/Javier Fergo)