Duda answered questions in Końskie and Trzaskowski in Leszno 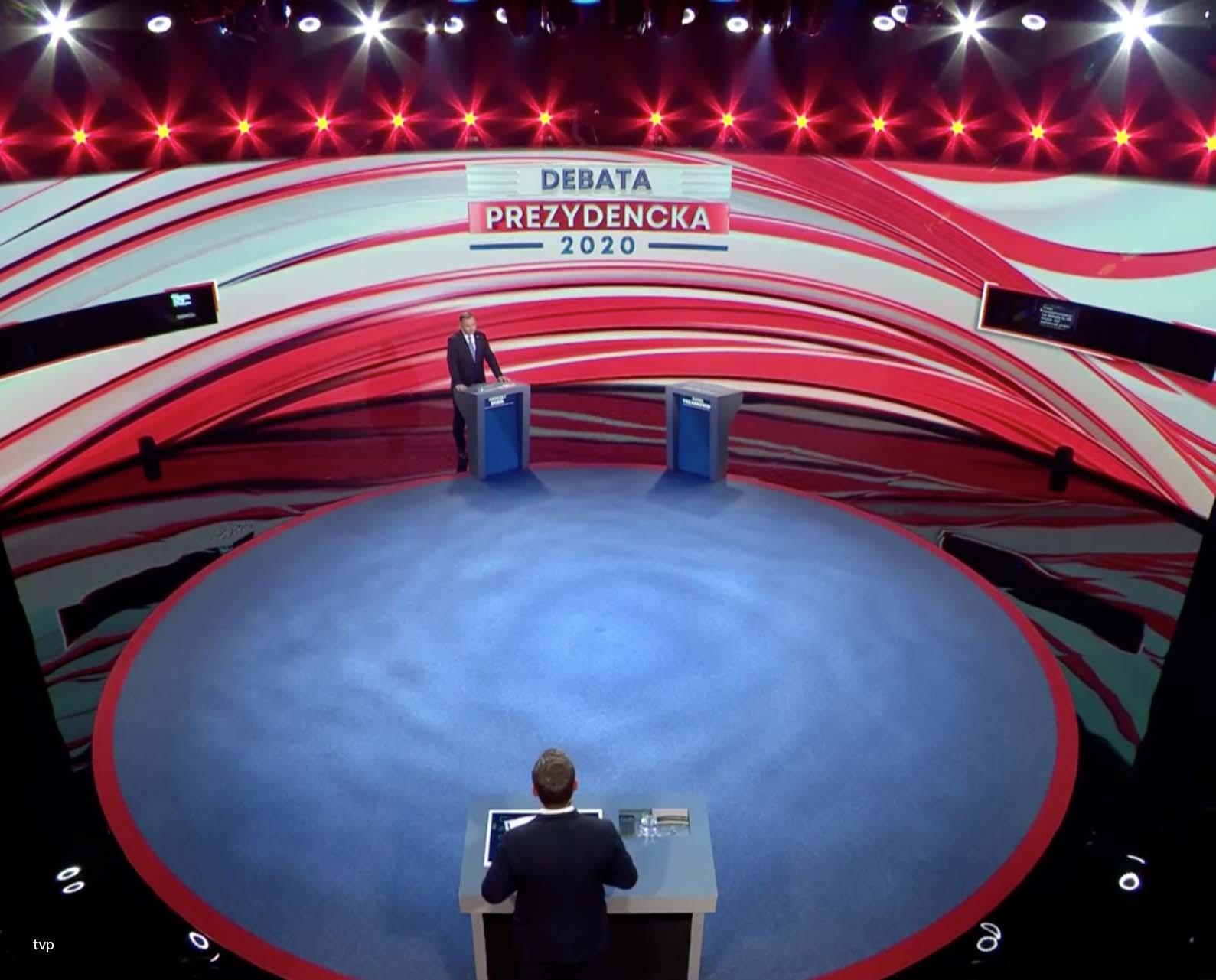 On Monday, two TV debates were organized in Poland at the same time – one by Polish public television (TVP) in Końskie (Central Poland) which Andrzej Duda attended and another in Leszno (West Poland) in which Rafał Trzaskowski took part.

The staff of both candidates could not reach an agreement concerning a debate in which both Duda and Trzaskowski would participate. In the end, they took part in two debates and did so separately.

Andrzej Duda answered a question about the source of financing current social programs, emphasizing that the Polish economy during the coronavirus crisis was doing “fairly well” and unemployment was the second lowest in Europe. He added that the current programs were funded due to “excellent” tax reforms and there is and will be enough money to continue to fund them.

The incumbent referred to freedom of speech on the internet, and criticized the previous Civic Platform government for trying to restrict it through supporting the ACTA 2 bill in the European Parliament.

He emphasized that he is a staunch supporter of freedom of speech, but hateful and hurtful comments online should be stigmatized. The president declared that he opposes the introduction of any kind of measures on the internet, which would control the content added online or remove content without the guidance of clear criteria.

Duda also spoke on euthanasia, stressing that “as long as I am president of Poland, you can be sure that I will never allow euthanasia to be permitted in Poland in any form.”

He emphasized that human life is a vital issue to him and that it is impermissible to pressure someone to end their life before they would do so naturally. The president added that the elderly are a true treasure of Polish families and that he wants to continue conducting a policy of care for the elderly.

Rafał Trzaskowski, on the other hand, responded to a question about the March of Independence in Warsaw, as its participants had previously been called “neo-Nazis” and “fascists.” Trzaskowski stated that he would participate in the March, if it was not political and if families and children would be able to take part.

He added that he would not call the attendees “Nazis” as different types of people attend.

In terms of differences between himself and Duda, the opposition candidate claimed that he would have a “partnership” relationship with the Civic Platform (PO) during his presidency. He accused Duda of being subservient to Jarosław Kaczyński and Law and Justice (PiS) and believed that a president should defend all those who are being attacked.

“Meanwhile Andrzej Duda was silent, because he was scared of Kaczyński and his party,” Trzaskowski said, adding that he would take advice from PO members but ultimately, any decisions would be his.