Most Czechs are glad to be free from communist rule. 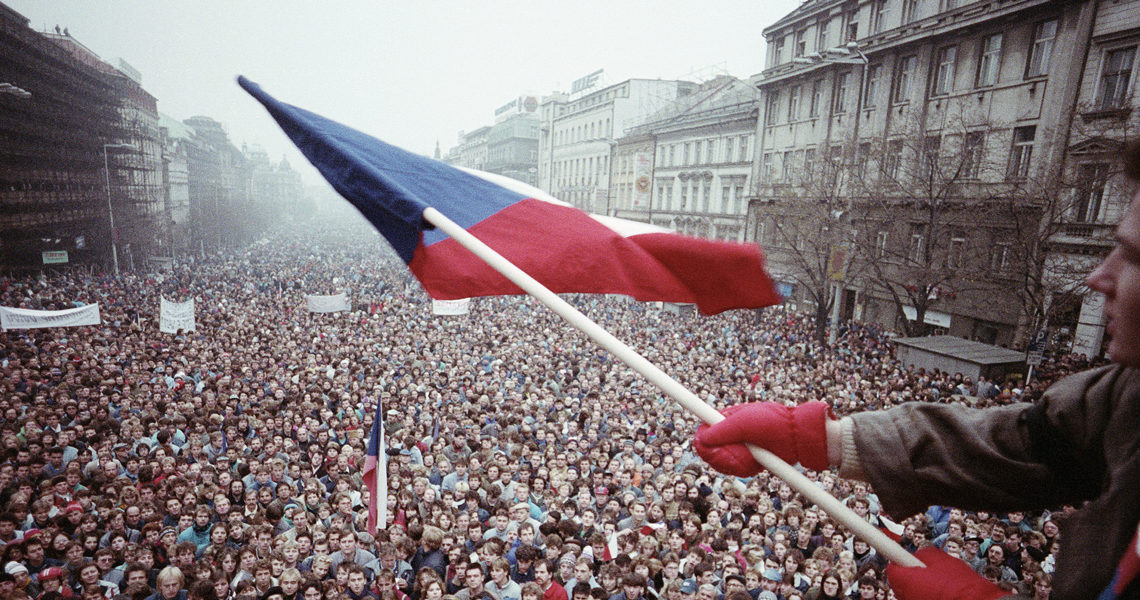 The verdict is in and most Czechs are happy to be free from communist rule.

The November 1989 Velvet Revolution, which toppled the Communist regime in Czechoslovakia, is the second most positively-viewed event in Czech history since the era of the First Czechoslovak Republic began in 1918, according to a Public Opinion Research Center (CVVM) poll.

The Velvet Revolution that brought the end of the communist regime in 1989 is rated positively by two-thirds of Czech people. While the end of communism is viewed favorably by 56 percent of Slovakia’s population, support is still lower in that country.

In Slovakia, the Slovak National Uprising and the founding of an independent Slovakia are considered to be the more important events of the last hundred years. Similarly, the Czechs view the era of the First Czechoslovak Republic as the most positive event of the past century.

When asked whether the regime change in 1989 was worth it, the Czechs respond more positively than the Slovaks, as the communist regime is perceived negatively by 55 percent of respondents in the Czech Republic and by 33 percent in Slovakia. Czechs also have higher marks for the current system than Slovaks. However, Slovaks are more optimistic about the future than their neighbors in the Czech Republic, said sociologist Paulín Tabera while summarizing the results of the CVVM poll.

“Czech society feels more positive about the current system and evaluates all aspects we examined a little more positively than the Slovaks,” added Tabery.

According to the poll, people with higher education and higher income, as well as people satisfied with their current economic situation, are the ones who view the Velvet Revolution most positively. An unequivocally positive opinion on the Velvet Revolution is shared by 34 percent of the respondents, many of them who are the most well off.

“In terms of age, the opinion on the events of November 1989 is more neutral or negative with increasing age,” states the CVVM poll report.

Among the people who consider the Velvet Revolution to be positive in the Czech Republic are predominantly people voting for right-wing and center-right parties, namely the Civic Democrats Party (ODS) and the Pirates.