VIDEO: Attack on the Polish border from Belarus 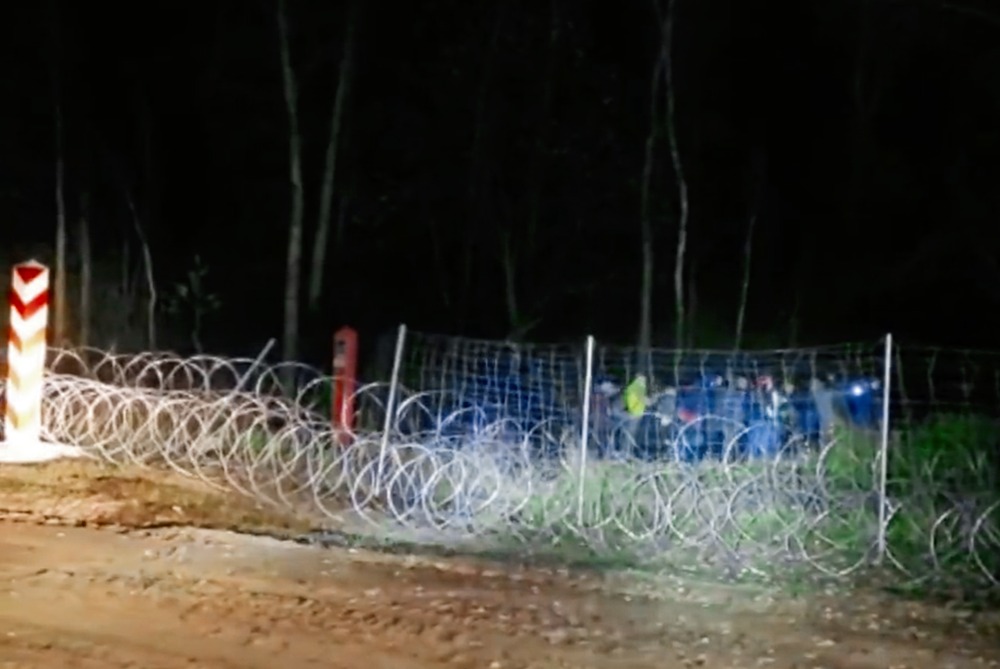 A group of 50 people on the Belarusian side of the border threw rocks at Polish officers and tried to destroy the border fence. Radio and phone communications were also disrupted during the attack.

The dangerous incident took place on the Polish-Belarusian border near the village of Bobrówka in the Podlaskie region on Sunday night.

Police spokesman Tomasz Krupa announced that the border was attacked by a group of around 50 people who tried to break down the border fence and threw rocks at Polish Border Guard officers and soldiers. It is currently unknown whether the group was comprised solely of migrants or whether Belarusian officers were among them.

Four Polish soldiers were present during the attack and were later backed up by several police officers who came to assist in the border’s defense. The Polish Border Guard posted video of the incident on social media.

The attack ended with the damage to a Border Guard vehicle, but no Polish officers were harmed after the rocks bounced off their helmets.

The assailants had quickly retreated into the woods on the Belarusian side using military trucks once they observed the arrival of Polish forces.

“Cell networks and radio communications were not working during the intervention. Everything points to disruptions having been created by the Belarusian side,” the police spokesman added.

The migrants were unable to break through the border.

Since the start of 2021, the Border Guard has recorded over 29,000 attempts to illegally cross the Polish-Belarusian border, with 17,300 of the attempts taking place in October, 7,700 in September and more than 3,500 in August.