‘Yes, we did it’ – Merkel claims 2015 migration crisis was a success

Although Merkel mentioned some shortcomings, she says she is satisfied with how the migration crisis turned out 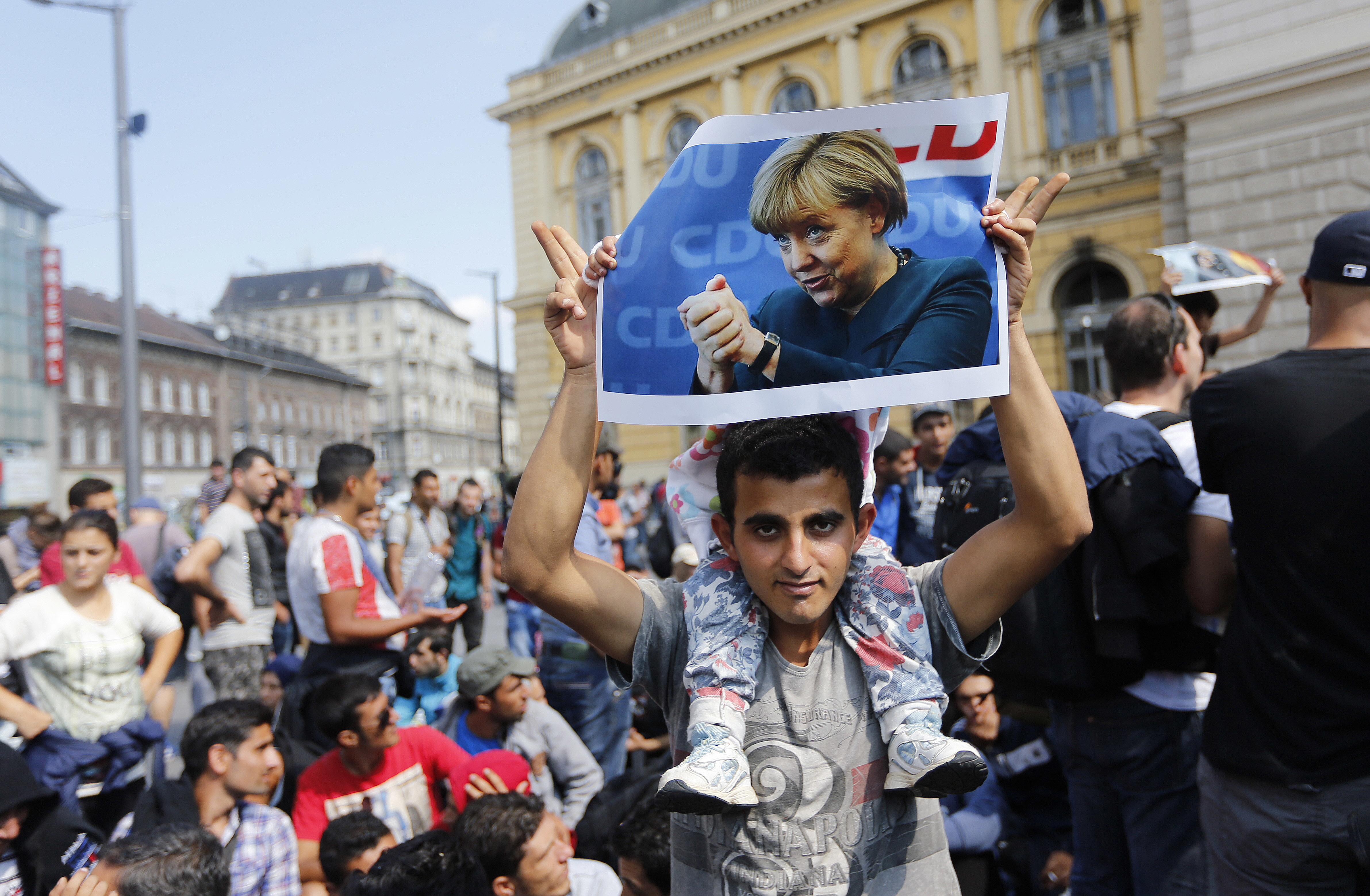 FILE - A migrant holds up a poster of German Chancellor Angela Merkel before starting a march out of Budapest, Hungary, towards Austria and Germany, Sept. 4, 2015. Merkel became the face of a welcoming approach to migrants as people fleeing conflicts in Syria and elsewhere trekked across the Balkans. More than 1 million asylum-seekers entered Germany in 2015-16. (AP Photo/Frank Augstein, file)

In addition to the coronavirus pandemic, Merkel acknowledged the migration crisis of 2015 was the biggest challenge of her tenure, which she confirmed this in an interview with Deutsche Welle where the chancellor looked back on her 16 years in power.

She answered the question of how the Germans coped with the arrival of over 1 million migrants in 2015 and whether her famous quote from an August 2015 press conference — “Wir schaffen das,” which translates to “We can do it.” —- still applies.

“Yes, we did it,” she told Deutsche Welle, adding that not everything went as it should, but a lot of mayors and volunteers rushed to help, and “positive stories” began to emerge.

Since the migration crisis, Germany has experienced ongoing terrorism threats, terrorist attacks, rising sexual assault cases, and various other tragedies tied to the decisions she made in 2015. Just this year, a rejected asylum seeker from Somalia murdered three women in Würzburg with a knife, including one mother who shielded her daughter from the stabbing attack. Merkel never even commented on the tragedy. Only her press spokesperson Steffen Seibert took to Twitter to write: “The horrific act is directed against all humanity and every religion.”

Attempts to integrate the massive amount of migrants allowed into the country have already cost German taxpayers tens of billions of euros and have delivered poor results.

Remix News has extensively covered the political, social, and economic costs of Merkel’s decision to allow over a million migrants to enter Europe in 2015.

In her interview, with Deutsche Welle, Merkel did acknowledge two events related to the migrant crisis, saying, “And there have also been some dreadful incidents, like what happened on New Year’s Eve in Cologne,”

On New Year’s Eve 2015, over a thousand women were robbed, sexually assaulted and in some cases raped on Cologne’s Cathedral Square and in other German cities. According to the Cologne public prosecutor’s office and the city’s police chief, those responsible for the attacks were from Algeria and Morocco.

Merkel also said the European Union still needs to be able to find “a common system for addressing asylum and migration” and create “a self-regulating balance between the countries of origin and those where refugees first arrive” to fight the “root causes” of migration.

In the past, Merkel has expressed “no regrets” for his open borders policy and said she would make the big decisions “the same way again.”

Asked what she would do when she steps down, Merkel replied, she is not sure but wants to first get some rest.