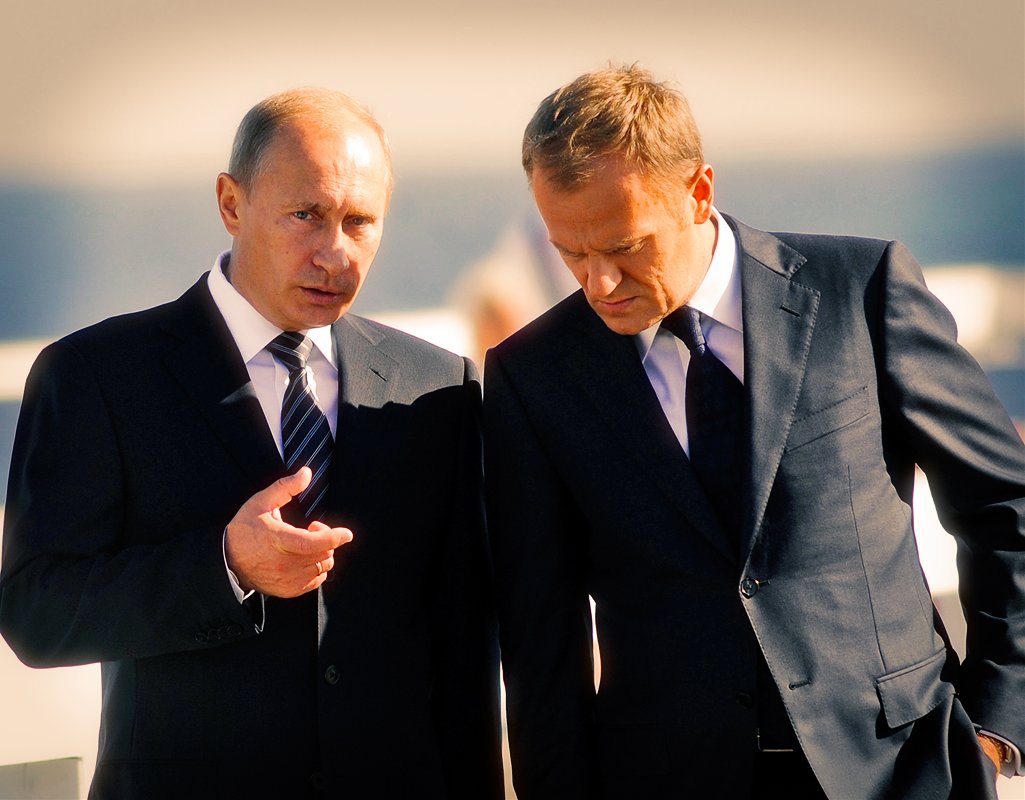 The recent online debate between former Polish Prime Minister Donald Tusk and liberal Gazeta Wyborcza Editor-in-Chief Adam Michnik was an incessant, banal and boring whinge between two grouches who are aware that the best is already behind them.

Yet, one topic in the whole debate is so shamelessly filled with lies that it demands commentary.

Tusk stated that the current government is “tied up by a weird fear towards Moscow and Putin… In every dimension whether internal, European, global or directly relating to eastern affairs, PiS’ agenda is a Russian agenda. This is unbelievable, but it is true.”

All one needs to do is take a quick glance at Tusk’s first visit to Moscow as prime minister in February 2008 to see who is actually “tied up by a weird fear.” During his meeting with Putin, Tusk sat like a scared vassal in the presence of a confident sovereign (Tusk was leaning and meek while Putin was sitting comfortable and insolent). Tusk called that visit a “new opening” and a “conversation on difficult topics using ordinary language”. Tusk is making a mockery of himself when he mentioned in the debate with Michnik that Jarosław Kaczyński built the most objectively pro-Russian government while Civic Platform (PO) was not pro-Russian at all.

What did PO and Tusk achieve during their reign? Did they have any influence to prevent the partition in Ukraine? None. Putin treated them like thin air.

Therefore, Tusk’s stories that Poland played the role of a leading country in Europe under his government is the joke of the decade. Who listened to Poland back then? Moscow? Berlin? Paris? What a farce.

Until Russia’s attack on Ukraine, Tusk only fawned over Putin and received nothing in return. Meanwhile, Russia gained more and more, with Tusk’s infamous gas deal serving as his most significant blunder. It was Tusk’s government who in 2010 prepared and signed the most preposterous agreement for gas supplies with Russia, which resulted in Poland paying the highest prices in Europe, giving almost free transfers, and it was all meant to last until 2037. The agreement was so preposterous that the European Commission had to intervene, and its duration was cut down to 2022, but the other harmful deal clauses remained.

The period prior to the April 2010 Smoleńsk plane catastrophe was a series of massive failures for Tusk. And it only became worse after the air disaster. Putin turned Tusk into mush. He imposed all legal solutions, introduced Russia’s own report on the catastrophe into international circulation and made Poland under PO leadership into a laughingstock. If these are meant to be successes and a display of independence from Russia, then the only time it was worse was prior to Poland’s partition.

Firstly, PiS introduced an unprecedented increase and strengthening of NATO and US forces in Poland, which Putin deemed the most antagonistic act in the military sphere since 1945. Secondly, Poland has actively worked to drop gas supplies from Russia and made several energy agreements to do so, including the construction of the Baltic Pipe. The government is also in a fight to stop Nord Stream 2, which Russia deemed one of the most hostile economic-political moves since 1990. Finally, the Vistula Spit excavation which makes Poland independent of Russia when it comes to access to the Baltic Sea.

If Tusk believes that PiS’ actions are pro-Russian and his were anti-Russian, then he isn’t even brainwashing people. He’s turning their brains into mush and sees everyone who listens to his nonsense as total cretins.

He is doing all of this to hide the most obvious fact: Tusk’s government was more useful to Russia for many years and more easy to control than governments from the communist era.

Putin did anything he wanted with Tusk and no lie will be able to hide that fact.