European federal state would in reality be a German Empire

The construction of a broad but politically difficult alliance between the entire European right is a dire necessity today, writes editor-in-chief of Sieci weekly Jacek Karnowski 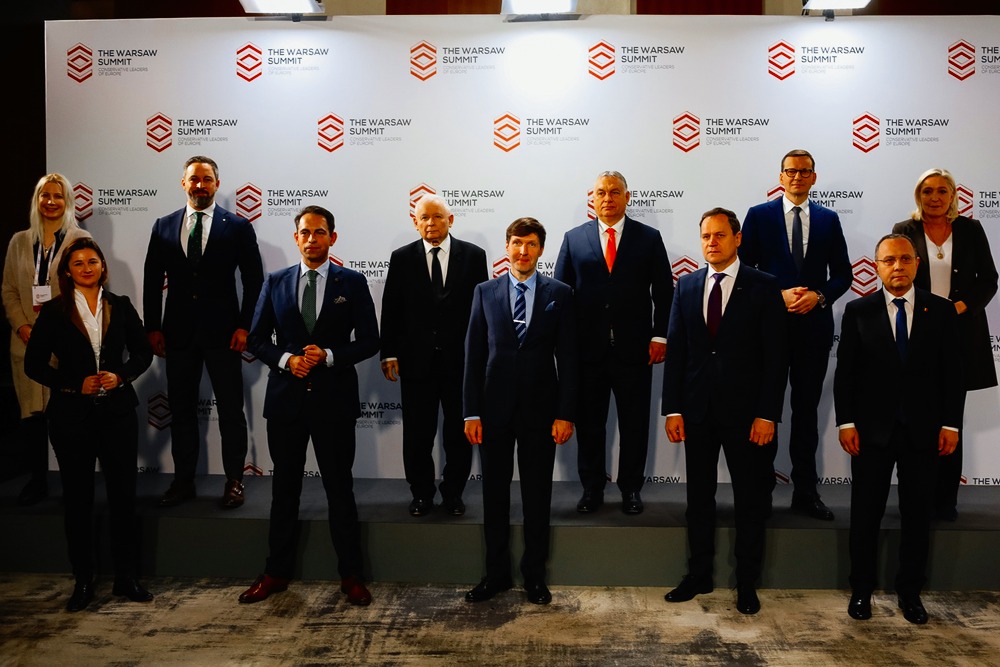 The meeting of Leaders of European conservative and right-wing parties 'The Warsaw Summit' in Warsaw, Poland , Saturday, Dec.4, 2021. (Source: Twitter/pisorgpl)

The hysterical reactions of the Polish opposition to the Warsaw Summit of European conservative and right-wing parties leaders are amusing. They do not like Mrs. Le Pen, who in the past had occasionally praised Vladimir Putin.

In truth, her behavior was not wise or proper.

But those were merely words which pale in comparison to the achievements of the European, and in particular German, Christian Democrats when it comes to strengthening Moscow, as well as the ruthless trading of the interests of our region.

The construction of a broad but also politically difficult alliance between the European right is a dire necessity today. It is an act of self-defense from the side of all those who do not want the construction of a European federal state, which in reality would be a German empire. These plans have already been revealed and written into the German coalition agreement. Their introduction will mean the swift reduction of the power wielded by nation states, such as Poland, to the level of protectorates.

The European project is entering a dramatic turning point and is slowly becoming an insane caricature of itself.

The peak of Polish ambitions then would only amount to some kind of permanently limited autonomy.

A conservative international alliance comprised of parties which do not see eye to eye on many issues is not being built on a whim. It is being built because the European project is entering a dramatic turning point and is slowly becoming an insane caricature of itself.

It is becoming an antithesis to what was declared during its initial creation and when Poland agreed to when it joined the EU.

This is why we must defend Europe with (almost) anyone who wants to take part in this fight — not just on the state level, but on the European one as well. We should work together, acknowledging differences and also working on changing the outlooks of people such as Marine Le Pen or Matteo Salvini when it came to the issue of the Russian threat. We should at least try.

We can no longer passively accept concepts which in reality will lead to the final transformation of the EU into some kind of bureaucratic, central-controlled monstrosity guided by politicians from Berlin.