Could there soon be Afroczechs? 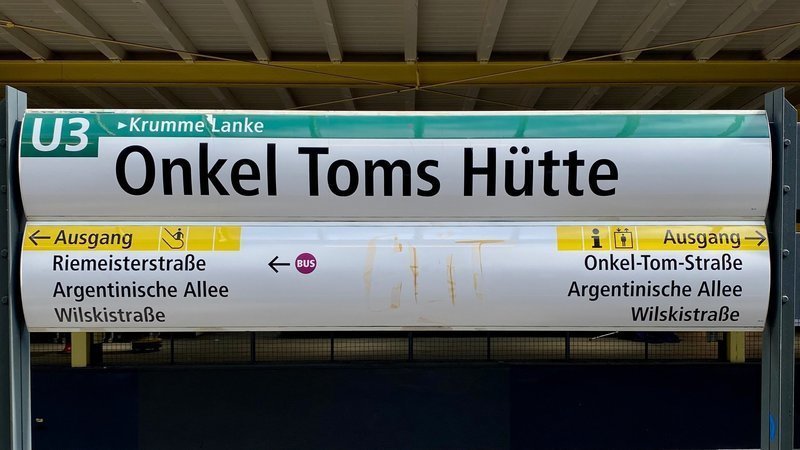 Everyone knows that since the end of the last century, the United States has introduced the term African American for Black Americans. This political correctness has now entered Germany with local media using the term Afrodeutsche (Afrogerman). Will there also be Afroczechs?

The German news agency Deutsche Welle wrote about the “Afrodeutsche” Moses Pölking who felt offended as he drove frequently around the sign of a subway station in Berlin called Onkel Toms Hütte.

The name of the subway station, opened in 1929, refers to a former restaurant named after a popular American novel from the mid-19th century. So it’s similar to, for example, Prague’s bus station Na Knížecí being named after a former pub. The irony is that the novel Uncle Tom’s cabin vehemently (like its author) supported human rights and its popularity made a significant contribution to the abolition of slavery.

But Mr. Pölking has been annoyed that the main character of the novel was too submissive. “It offends me. Whenever I drive around, I feel depressed,” he said, organizing a petition for renaming the station. The name of the adjacent street Onkel Tom Strasse has now been sprayed with red paint.

Mr. Pölking is a 22-year-old native of Berlin. However, one of his parents comes from Cameroon, and he considers his Cameroonian half of genes to be so important that he regards himself as an “Afrogerman“ and is waging a political struggle to rename the station’s innocent name.

The use of the political term Afrogerman (Afrodeutsche) by the German public service media and Mr. Pölking’s ridiculous case are part of a sad picture of German society’s development, which is beginning to split on a tribal basis.

If the ideology of political correctness and multiculturalism continues to advance into Czech society (as it does), terms that sound inappropriate will penetrate the Czech language in a few years too. Who knows, our media may write about Afroczechs in five years time.

As long as there are few people of black origin in the Czech Republic and until they create their own subculture, no one will even think of talking about themselves as Afroczechs. Of course, language evolves, but a new term arises only when someone needs it to name a new concept.

We should not let the language we speak be transformed by ideology, giving us some new “right“ way of thinking, as George Orwell described in his 1984 novel.