The new German government’s coalition agreement does not give cause for optimism from Poland’s point of view, writes Aleksandra Rybińska 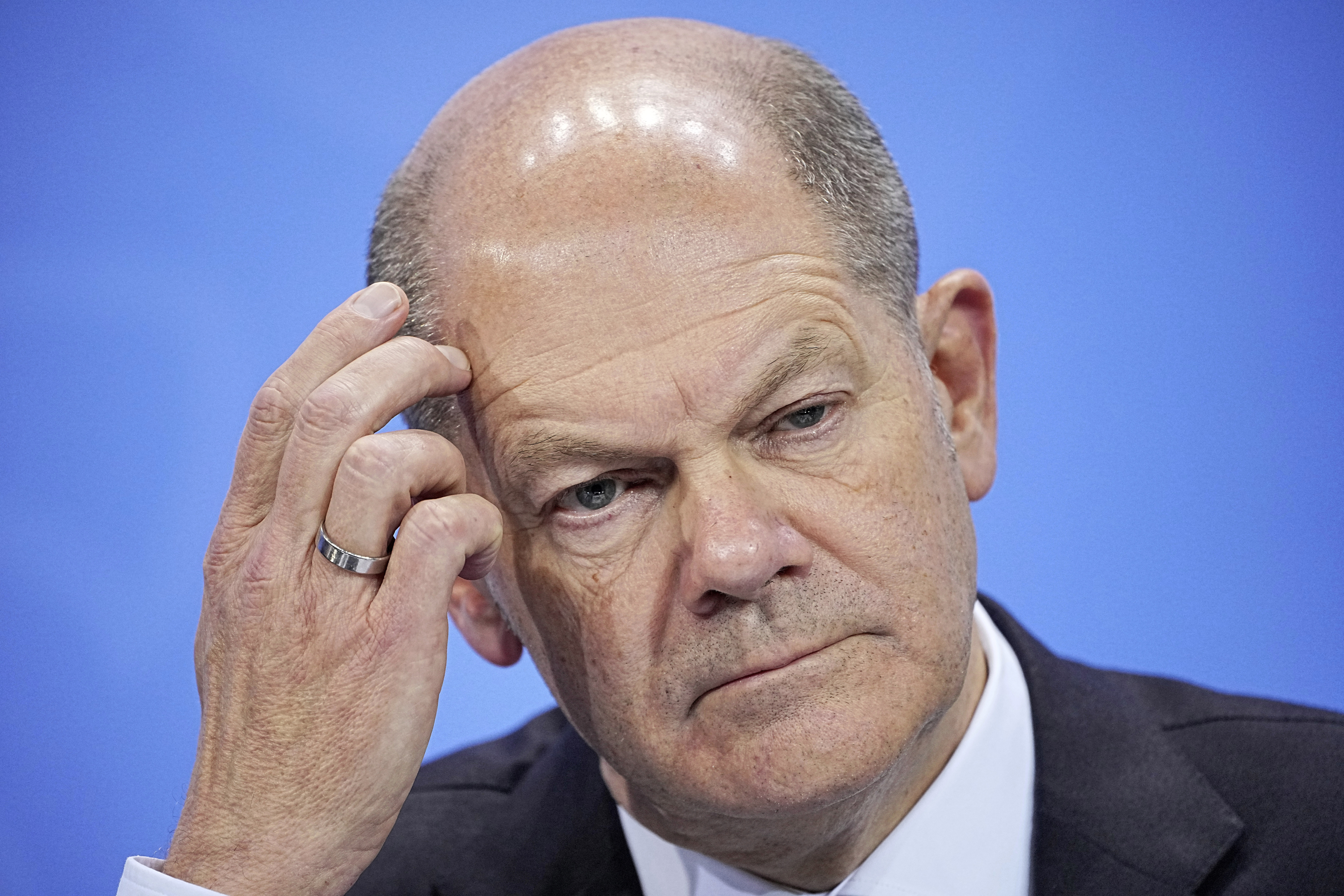 German Executive Federal Minister of Finance, Olaf Scholz, attends a press conference in Berlin, Thursday, Nov. 18, 2021. German lawmakers have approved new measures to rein in record coronavirus infections after the head of Germany’s disease control agency warned the country could face a “really terrible Christmas.” The measures passed in the Bundestag on Thursday includes requirements for employees to prove they are vaccinated, recovered from COVID-19 or have tested negative for the virus in order to access communal workplaces. (Michael Kappeler, Pool via AP)

Poland is mentioned twice in the document — once in relation to constructing a memorial to Polish victims of German occupation during World War II in Berlin (the project is supported by the new coalition) and a second time in context of maintaining good neighborly relations. With this second reference to Poland, we have ordinary declarations of friendship and attempts to renew the Weimar Triangle.

Apart from this, the document is not looking too good.

The new German government, much like the previous one, believes that it has a mission to moralize to Europe in accordance with modern left-wing dogma. German foreign policy (and this is not a joke) is meant to be “feminist”. And since Germany claims to be responsible for all of us, then they must police us accordingly. Nothing new.

The difference here, however, is that this is being stated openly. We can therefore expect a harsher tone in relations, forcing through of the European Green Deal, opposing nuclear power in Poland and attempts to push the EU in the direction of federalism based on expanding the competencies of EU institutions and forging a common EU foreign policy.

The success of these endeavors will depend on how Chancellor Olaf Scholz positions himself in Brussels — there is a veiled threat in the coalition agreement that European Commission President and CDU politician Ursula von der Leyen may be dismissed, as well as the readiness of Berlin’s European partners to jump into the fray.

Scholz will most likely try to revive the French-German engine, which has stopped working due to the growing asymmetry between Berlin and Paris.

Meanwhile, the Polish opposition will be able to continue counting on Berlin’s support. The coalition deal includes terms such as “urban diplomacy” which concerns strengthening “ties between cities” in Europe, developing cooperation programs in border regions and the defense of “threatened scientists, lawyers, artists, and students.” Journalists and “defenders of free speech” are to also be financially supported, and there are many of those in Poland.