Other countries in the region look to Poland for guidance, says US Deputy Secretary of State John J. Sullivan. He underlined the importance of Poland as a US ally and the need to increase its security, and denounced Nord Stream 2 (NS2). 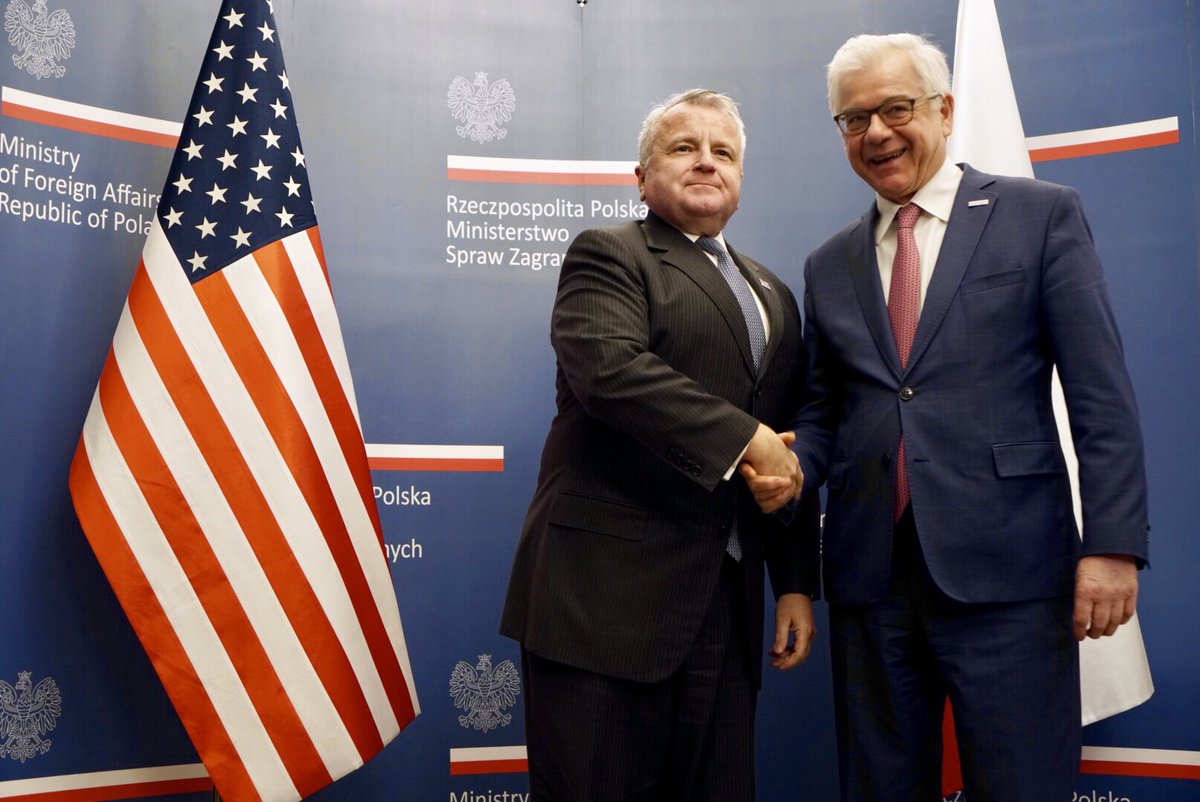 “The Three Seas is a regional initiative of the Polish state which we, the USA, our President and the American government enthusiastically support,” Sullivan told Niezależna.pl. “We believe that Poland’s leadership is very important and this what I told your Foreign Minister and the Chief of the President’s Chancellery.”

The Three Seas is a regional initiative of the Polish state which we, the USA, our President and the American government enthusiastically support

The Deputy Secretary of State has just finished his tour of Central Eastern Europe, where his final stop was Warsaw. Sullivan underlined that Poland is a key country in the region and that the USA believes that other countries look to Poland for leadership.

Sullivan commented that although he doesn’t have anything new to announce concerning the permanent US military base in Poland dubbed “Fort Trump”, he argued that talks about the matter were currently ongoing in Washington. “I believe that the future shape of our relations concerning security, primarily the one concerning strengthening our presence in Poland is the subject of discussions currently ongoing in Washington,” he said.

The Deputy Secretary claimed that there is no way to hasten the talks, since they were happening during his visit.

“It’s no secret that President Trump and the United States government oppose Nord Stream 2 and so we’ve told our NATO allies and European partners,” Sullivan said. He also claimed that the US have the necessary tools to oppose NS2.