Germany’s Conservative candidate for chancellor supports the repatriation of Afghan asylum seekers who commit crimes, despite growing tensions in Afghanistan 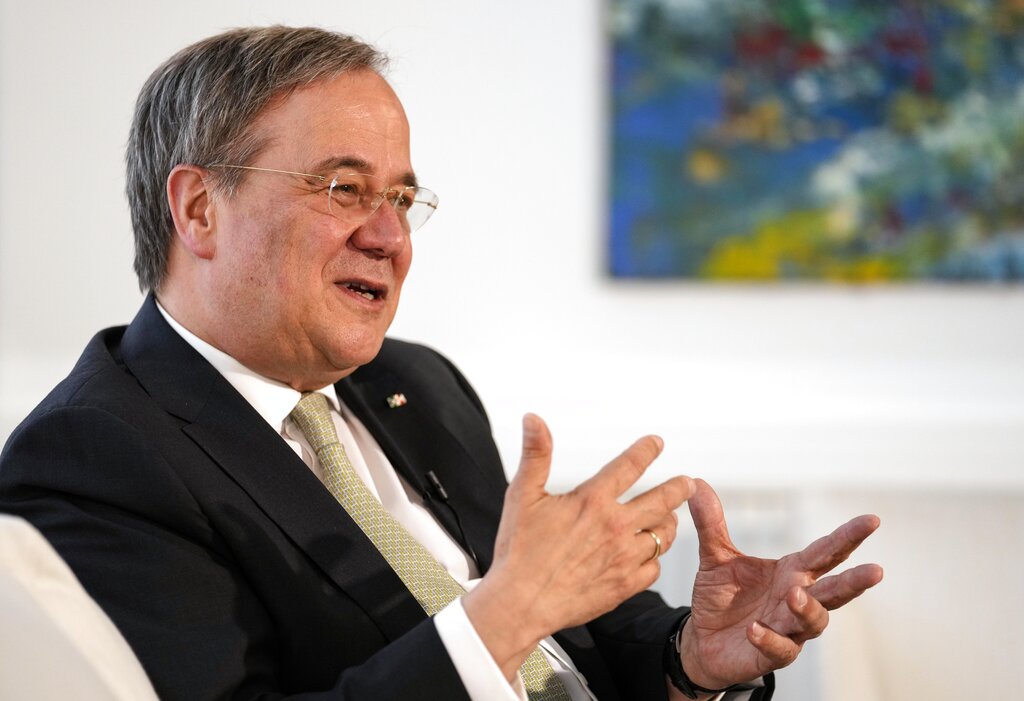 Governor of North Rhine-Westphalia Armin Laschet gestures during an interview with the Associated Press at his office in Duesseldorf, Germany, Wednesday, June 30, 2021. The 60-year-old governor of Germany's most populous state, who is running for chancellor in the Sept. 26 election, grew up in West Germany when the divided country was at the front lines of tensions between the Americans and the Soviets. Laschet is still grateful that the Americans were the West's reliable guarantor of peace and stability. Recent polls show Laschet is the front-runner to succeed Angela Merkel as chancellor. (AP Photo/Martin Meissner)

Afghan immigrants who committed crimes should be expelled from Germany, according to Armin Laschet, prime minister of North Rhine-Westphalia and the joint chancellor candidate of the Christian Democratic Union (CDU) and his Bavarian sister party, the Christian Social Union (CSU), based on a statement to Bild on Monday.

“We are monitoring the situation in Afghanistan very closely. We cannot ignore the advance of the Taliban and the consequences for the population,” Laschet said in response to the German paper’s question to all leading chancellor candidates.

“The situation requires constant assessment and careful action. But our stance remains clear: whoever commits a crime in Germany has lost the right to stay in the country as a guest,” Laschet said. The principle of zero tolerance for criminals “makes no exception,” Laschet added. “Criminals must continue to be consistently deported, including to Afghanistan.”

The German government has maintained its policy of allowing rejected asylum seekers to be deported to Afghanistan while militant Islamist Taliban advance as international troops have withdrawn from the country, news agency Deutsche Presse-Agentur reported.

The German news agency added that the assessment of deportations is controversial: criticism has shown that the war-torn country is too dangerous to send asylum seekers back. The German interior ministry said last week that it was considering a call from the Afghan government to suspend deportations to Afghanistan in view of the growing violence and rising numbers of coronavirus cases in the country.

Over the weekend, Federal Home Secretary Horst Seehofer also spoke in favor of continuing his deportations to Afghanistan.

“We are currently in talks with Afghanistan to continue the deportation of criminals,” Seehofer told Bild am Sonntag.

Title image: Governor of North Rhine-Westphalia Armin Laschet gestures during an interview with the Associated Press at his office in Duesseldorf, Germany, Wednesday, June 30, 2021. The 60-year-old governor of Germany’s most populous state, who is running for chancellor in the Sept. 26 election, grew up in West Germany when the divided country was at the front lines of tensions between the Americans and the Soviets. (AP Photo/Martin Meissner)