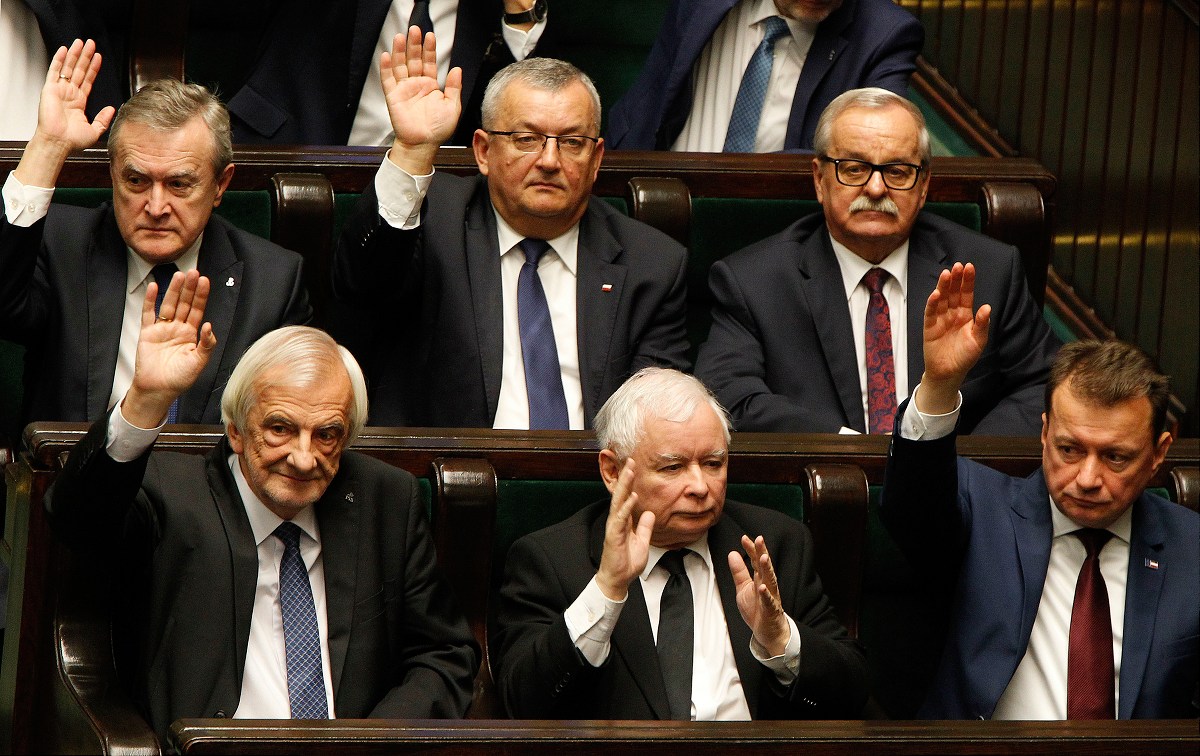 If parliamentary elections were held in Poland last Sunday, Law and Justice (PiS) would win them with 39.6 percent of the vote. This is a 3.2-percentage point increase compared to the previous survey carried out in mid-February by Estymator research center for news portal Dorzeczy.pl.

Only 1.5 percent of respondents wanted to vote for Kukiz’15 and 0.8 percent supported other groups and parties.

The estimated turnout rate would be 56 percent.

When calculated into seats in the Polish parliament, PiS would receive 225 MPs (231 are required to form a majority government in the 460-seat Sejm). PO would receive 127 seats, Poland 2050 would receive 54, the Left with 24, Confederation with 17, and PSL would receive 13. One seat would go to the representative of the German minority.

Compared to the 2019 elections, PiS would have 10 fewer seats, PO would lose 7 seats, the Left 25 and PSL 13. The Confederation would gain 6 seats and Poland 2050 would enter parliament for the first time.

The survey was carried out on a group of 1,022 adult Poles between March 10 and March 11, 2022 using the CATI method. Only persons who declared that they would vote for a specific party were included in the survey.