Polish PM: Russia’s gas blackmail of Europe will be a thing of the past

The Polish prime minister highlighted that the Russian invasion of Ukraine has forced Europe, and Germany in particular, to reassess its energy policy concerning Russia 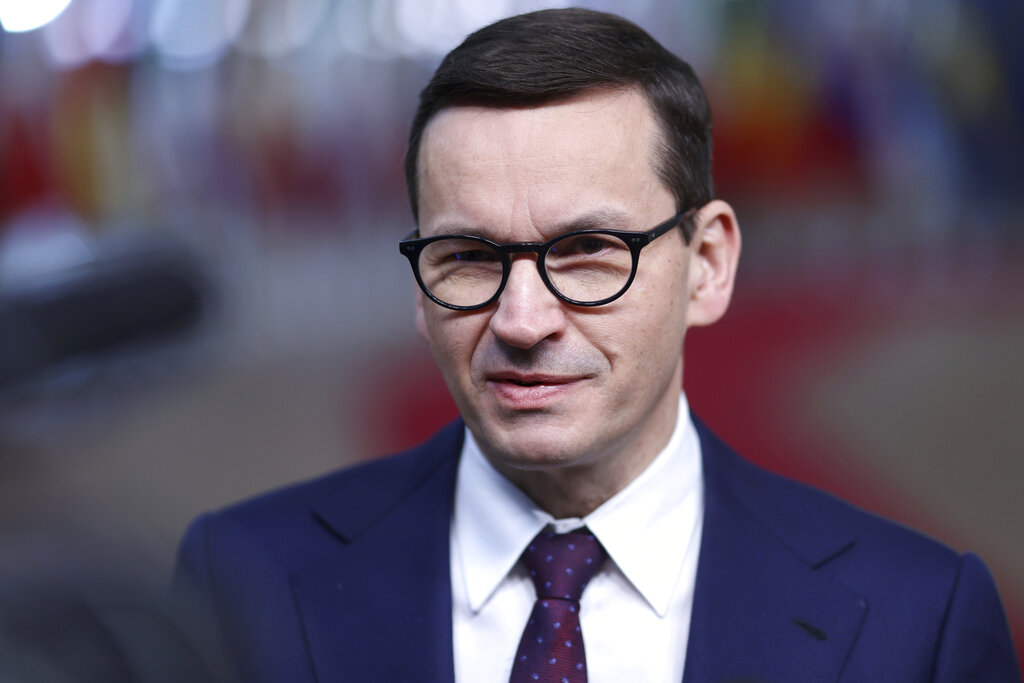 Polish Prime Minister Mateusz Morawiecki highlighted the importance of the Baltic Pipe gas line for Poland’s energy security during a visit on Saturday to the site for the expansion of the gas compressor station in Goleniów.

Upon an inspection of the construction site in Poland, Morawiecki revealed how many European countries, including Germany, have now begun to readjust their energy policy to alleviate their dependency on Russian gas.

“Not so long ago, the EU lived in a kind of energy bliss, but this has all changed due to what has happened in Ukraine,” he said.

“It is now clear that for Vladimir Putin, the gas delivered to the West is not only income, but it also concerns making Europe dependent on Russia. Using the money which Europe pays for gas, Russia is destroying sovereign states, international law and innocent nations. EU politicians are currently speaking the language of Law and Justice,” he added.

Morawiecki reminded that to ensure energy security, the Polish government had returned to the concept of the Baltic Pipe in 2015. He noted that the new infrastructure would allow Poland to achieve energy independence.

The Polish prime minister revealed that the Baltic Pipe construction site was where Poland’s battle for energy independence was taking place and that it was a plan not only for a free Europe, but a free Ukraine.

He also pointed to the Świnoujście LNG terminal which would significantly decrease Poland’s dependency on Russian gas.

“After 30 years of being dependent on Russian resources, this year we are becoming independent of Russian gas,” he announced.

Morawiecki called on other European leaders to break off deals for gas and oil supply from Russia, as these funds were what allowed Russia to invade Ukraine.

“One does not do business with war criminals. What is happening in Ukraine has become a wake-up call for the whole West. The EU’s compromised energy policy is being put behind us,” Morawiecki asserted.

The Baltic Pipe is a key Polish-Danish investment which is crucial for Poland’s plan to diversify its energy sources. In 2022, Poland’s gas contract with Russia will expire and the government does not intend to extend it over fears of potential gas blackmail.