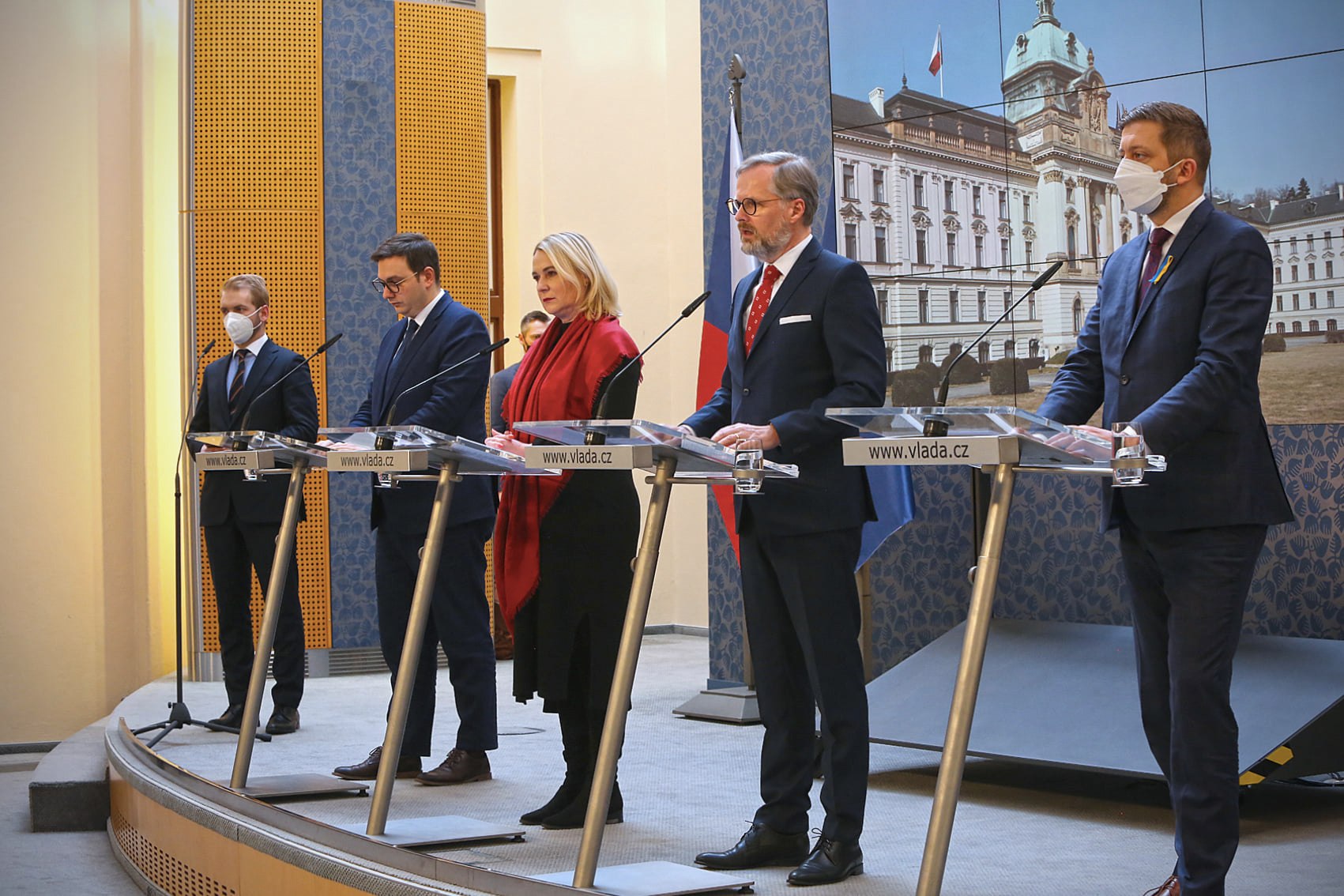 Czech Prime Minister Petr Fiala speaks at the press conference after the session of the State Security Council. (Facebook/The Office of the Government of the Czech Republic)

Czech Prime Minister Petr Fiala has condemned the Russian invasion of Ukraine and called for the toughest sanctions to be imposed on the country for its transgressions.

In a speech on Thursday, Fiala slammed the “unprovoked invasion” of Ukraine by Russia, calling it an “act of aggression against a sovereign state” which must not go unanswered.

“I condemn the actions of Russian President Vladimir Putin,” Fiala said, who called on “all Czech citizens in Ukraine to leave the country.”

“Our country is not in immediate danger,” he assured concerned citizens, highlighting Czechia’s membership of the European Union and of NATO as primary reasons for its national security.

“I will head to the European Council session in Brussels, where I will push for the toughest possible sanctions against Russia,” he added.

European leaders have since agreed on a second package of economic sanctions against Russia.

“We will thoroughly discuss the effects of the aggression and our reaction to it,” Fiala vowed. “I convened the State Security Council, which will address the country’s security in the current situation, preparations for further development, and coordination of further action,” he added.

On Thursday morning, the Czech Foreign Ministry warned against any trips to Ukraine and called on Czech citizens to leave Ukraine immediately. Air traffic between the Czech Republic and Ukraine was also suspended.