Formation of the Czech government: The leader of the winning coalition awaits presidential visit 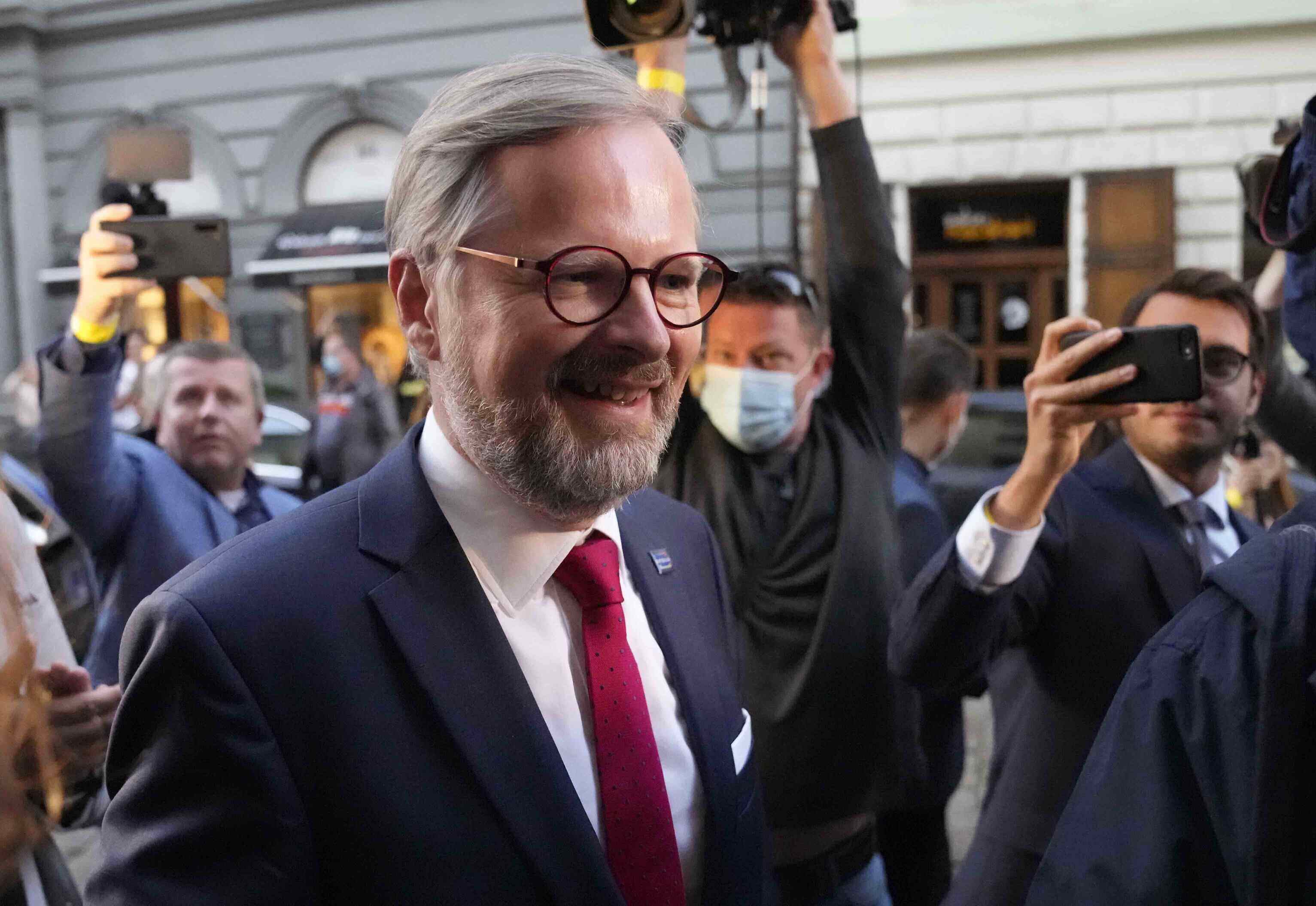 Leader of center-right Spolu (Together) coalition Petr Fiala smiles at election staff in Prague, Czech Republic, Saturday, Oct. 9, 2021. The center-right Together coalition was capturing 23.9% of the votes while the center-left coalition of the Pirate Party and STAN, a group of mayors and independent candidates, were coming in third with 13.5% support. (AP Photo/Darko Bandic)

President Miloš Zeman will receive the leader of the SPOLU (Together) coalition Petr Fiala “at a later date,” a spokesman of the president confirmed on Twitter. It is to take place when the hospitalized Miloš Zeman is outside the intensive care unit. “All joint negotiations should lead to us being able to sign a joint coalition agreement by November 8 at the latest,” said Fiala.

“I contacted the castle chancellor and asked for a meeting with the president, we will discuss the date as soon as the president is moved from the intensive care unit to a standard room,” Fiala said when asked when he would meet with President Miloš Zeman, who is currently being treated at Prague’s Central Military Hospital.

The coalitions announced that their candidate for prime minister would ask the president for a meeting on Saturday evening after the results of the parliamentary elections were added up. On Sunday, however, Zeman was hospitalized, before that he was visited in Lány by the head of the ANO movement and Prime Minister Andrej Babiš

The winning parties SPOLU (ODS, KDU-ČSL, TOP 09) and Pirates with Mayors and Independents (STAN) want to negotiate a government so that they can sign a government coalition agreement by November 8. It is the same day that the newly elected Chamber of Deputies can meet for the first time.

The coalitions first met on Wednesday morning. Fiala then told reporters that the party leaders were discussing the next timetable. “The first thing we want to address is program issues. We agreed on the creation of six groups that will deal with individual program areas,“ he said.