Putin should be first on the sanctions list, says European Commission vice-president 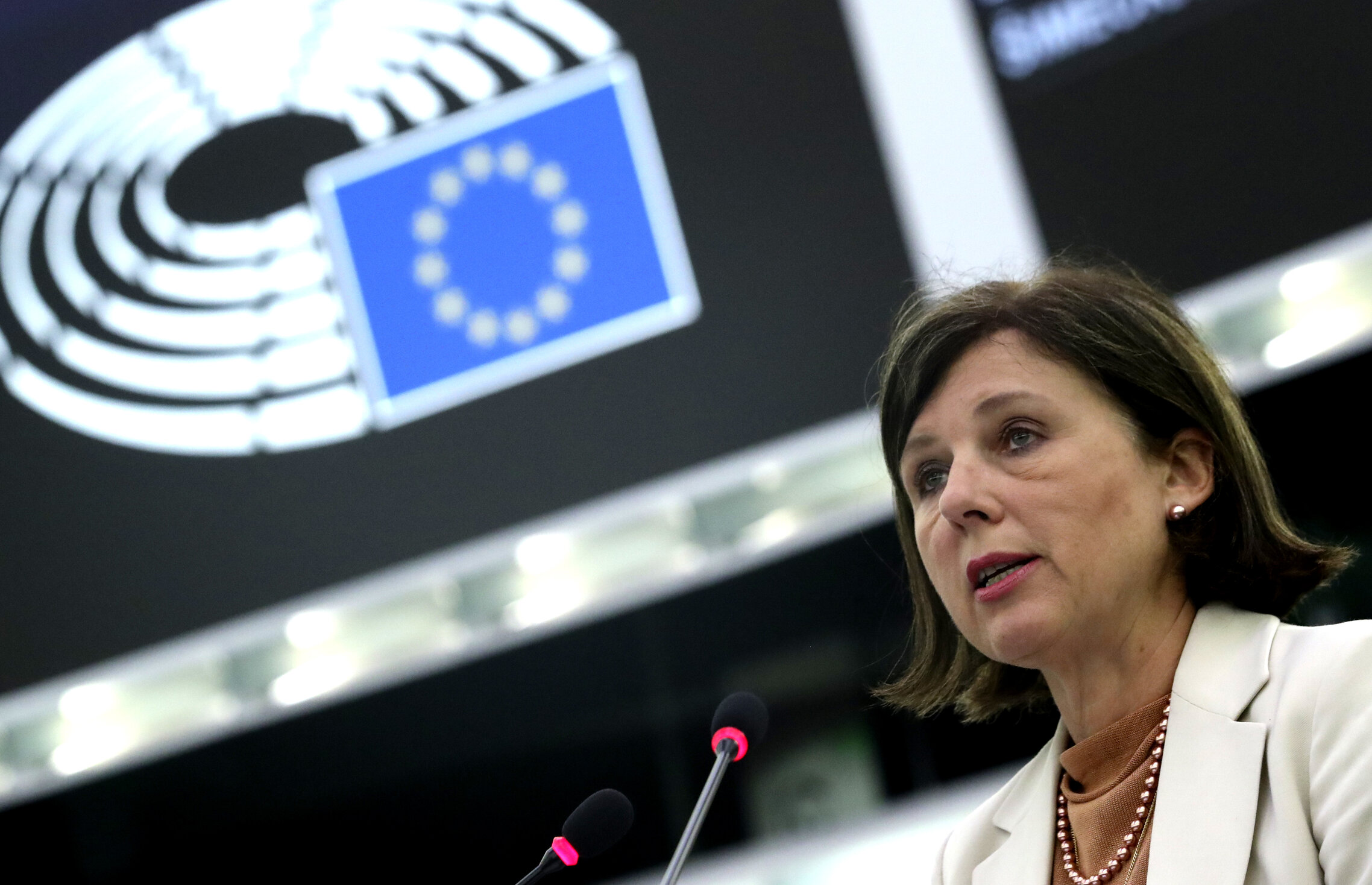 Russian President Vladimir Putin should be the first name on the list of sanctions imposed on Russia following its aggressive military action against Ukraine, the Czech Vice-President of the European Commission, Věra Jourová, declared on Wednesday.

In an interview with the Hospodářské noviny newspaper, Jourová claimed that the fact Putin was missing from the European Union’s list of individuals to be personally targeted for sanctions was a sign of weakness rather than a diplomatic skill.

EU member states agreed on Tuesday to impose sanctions on Moscow for violating Ukraine’s sovereignty. According to the High Representative of the Union for Foreign Affairs and Security Policy Josep Borrell, over 300 members of the Russian parliament will be included in the current sanctions. The sanctions will also affect more than two dozen other officials and entities. However, President Putin is not on the sanctions list.

Jourová, who is responsible for values, transparency, and the rule of law at the European Commission, criticized the Russian president’s omission.

“Vladimir Putin should be first on the list,” she said during the interview.

The daily noted that in order to maintain communication, leaders of “predatory” regimes traditionally join the sanctions lists last. However, Jourová considers this approach to be a sign of weakness.

On Monday, the Russian president recognized the independence of the two separatist republics in eastern Ukraine and then sent Russian troops there. EU countries unanimously agreed to impose sanctions on Moscow on Tuesday due to a breach of Ukraine’s sovereignty. The situation has since escalated further following Thursday’s pre-dawn invasion of Ukraine by Russian military and several air strikes being confirmed to have taken place on Ukrainian military targets and the country’s major cities.

More than 300 members of the State Duma (the lower house of the Russian parliament), who had proposed recognition of the independence of separatist territories in eastern Ukraine, will now be added to the current sanctions list. The list includes Minister of Defense Sergey Shoygu, leading army officials, oligarchs, and Russian Foreign Ministry spokeswoman Maria Zakharova. They have been banned from entering EU countries and their assets in the EU have been frozen.

The U.K. also announced action against several Russian banks and businessmen close to the Kremlin on Tuesday. The sanctions will affect three Russian oligarchs, namely Gennady Timchenko, and Boris and Igor Rotenberg because of their close ties to Putin.