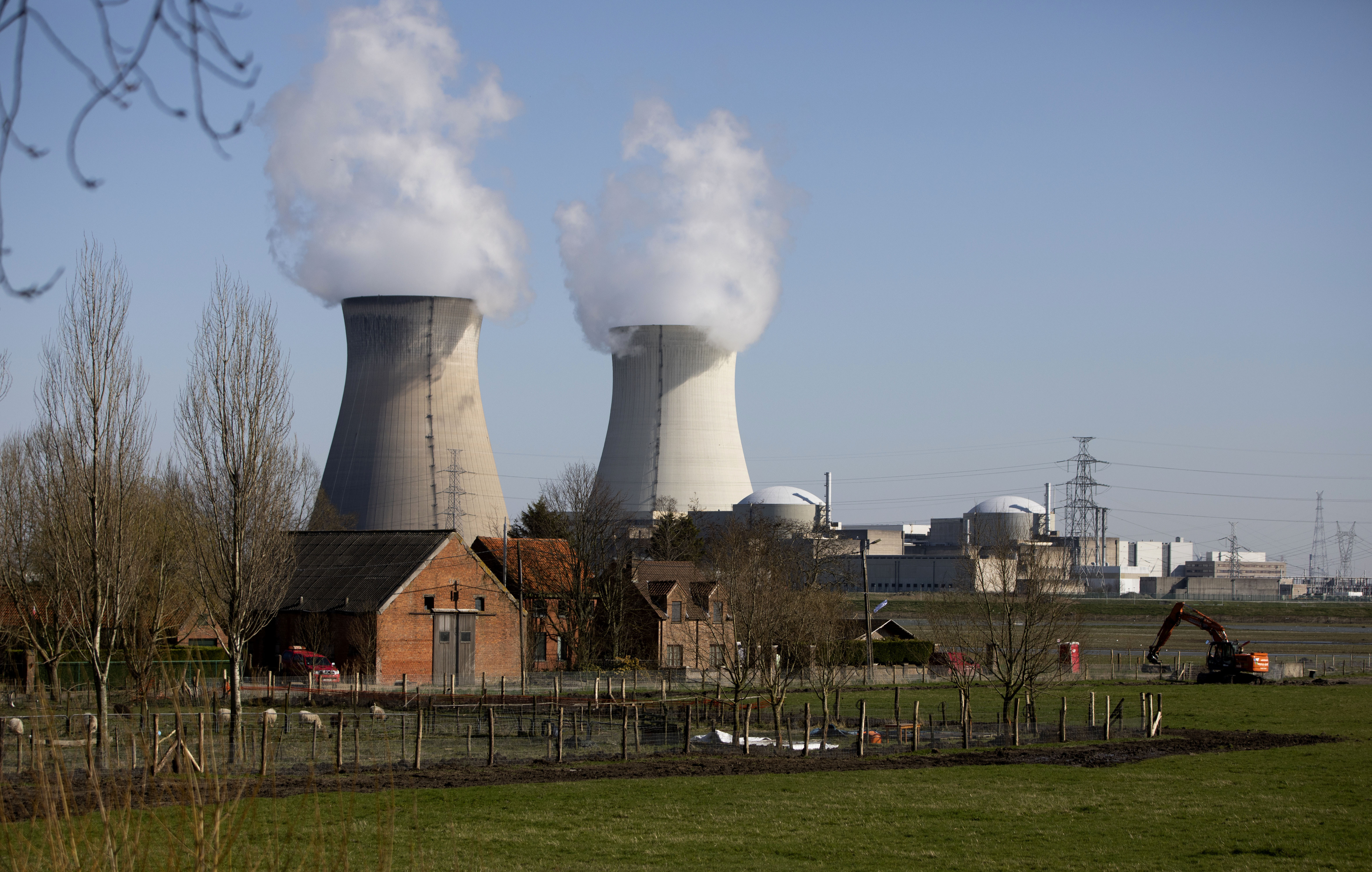 A tractor works the land on a farm in front of a nuclear power plant in Doel, Belgium, on March 23, 2020. The Belgian government is committing itself to phase out the current nuclear plants by 2025, with polluting gas stations used as a bridge toward sustainable sources and possible new-technology nuclear options later. (AP Photo/Virginia Mayo, File)

As 2021 drew to a close, there were fireworks across Europe in more ways than one, as a European Commission draft proposal revealing the bloc’s intention to classify some nuclear and natural gas energy as ‘green’ sparked anger in some member states.

Whilst the majority of nations welcomed the proposals as pragmatic and realistic, understanding the need to embrace such energy resources for the foreseeable future, the left-wing Green ministers within Germany’s newly-appointed government exploded in indignation at the plans.

The Commission’s working paper makes it clear that these resources should be viewed only as a means for a smooth transition to future greener energy, stating: “It is necessary to recognize that the fossil gas and nuclear energy sectors can contribute to the decarbonization of the Union’s economy.”

Under the plans, certain natural gas and nuclear power stations that meet the highest efficiency and environmental standards could receive a green label by the EU, and should the majority of EU member states agree to the plans, the proposal could be ratified into EU law by 2023.

Rather unsurprisingly, Germany’s Greens are less than enthusiastic about the proposal, regarding it a betrayal of the EU’s green transition. The country’s Environment Minister Steffi Lemke declared it “absolutely wrong that the European Commission intends to include nuclear power in the EU taxonomy for sustainable economic activities,” and also expressed concerns over nuclear waste and possible nuclear disasters. Economy and Climate Protection Minister Robert Habeck added that the Commission’s plans would “water down the good label for sustainability” and called them “green-washing.”

Just a month ago, similar statements from the now-retired Merkel government would have meant an almost certain death sentence for such plans, but the new government does not possess anything like the leverage and authority across Europe as its predecessor. To make matters worse for the Scholz government, the proposal had to a large extent originated from Germany’s arch rival, France, who relies on nuclear energy for 70 percent of its electricity, and is unlikely to pay much attention to the concerns of Germany’s radical left-wing politicians — not to mention the fact that three out of Germany’s nuclear power stations were decommissioned at the end of the year, making an energy U-turn for the nation highly problematic.

Germany is also holding the Nord Stream 2 gas pipeline hostage to the praise of Polish politicians who view Russian fossil fuels as an instrument of hybrid warfare and political interference from Moscow. However, the blocking of the Russian gas pipeline comes amid exasperation from consumers who continue to see their energy bills skyrocket due to a shortage of heating fuels, and from governments who have supported the new routes for the Russian gas pipeline bypassing the politically-volatile Ukraine.

It is not surprising then that Balázs Orbán, the Hungarian state secretary for strategy, had welcomed the Commission’s proposal to “green list” some nuclear and natural gas generated energy. Commenting on the plans in a social media post, Orbán highlighted the fact that the Commission’s proposed green labeling scheme would open the door to new investment in the energy sector.

Furthermore, Orbán pointed out that nuclear power plants should be considered sustainable if they can ensure that they do not cause significant damage to the environment, which includes the safe disposal of nuclear waste — this move follows a joint resolution of 10 member states in October, which emphasized the importance and legitimacy of nuclear energy.

The main proponent of nuclear power is France, which currently holds the presidency of the European Council. “The V4 member states, including Hungary, whose four reactors produce 48 percent of the country’s electricity, have also played a significant role in recognizing that the nuclear sector can also contribute to the clean energy needed to decarbonize the EU economy,” Balázs Orbán explained.

The Hungarian state secretary concluded by claiming the proposal would become a positive development in several respects, as embracing nuclear energy will not only make it possible to achieve climate neutrality, but will also play an important role in reducing high energy prices and in mitigating the EU’s energy dependence.