While member states are forced to fend for themselves regarding border security, huge amounts of European taxpayer money flow to projects supplying migrants with up-to-date information on their illegal journey into Europe 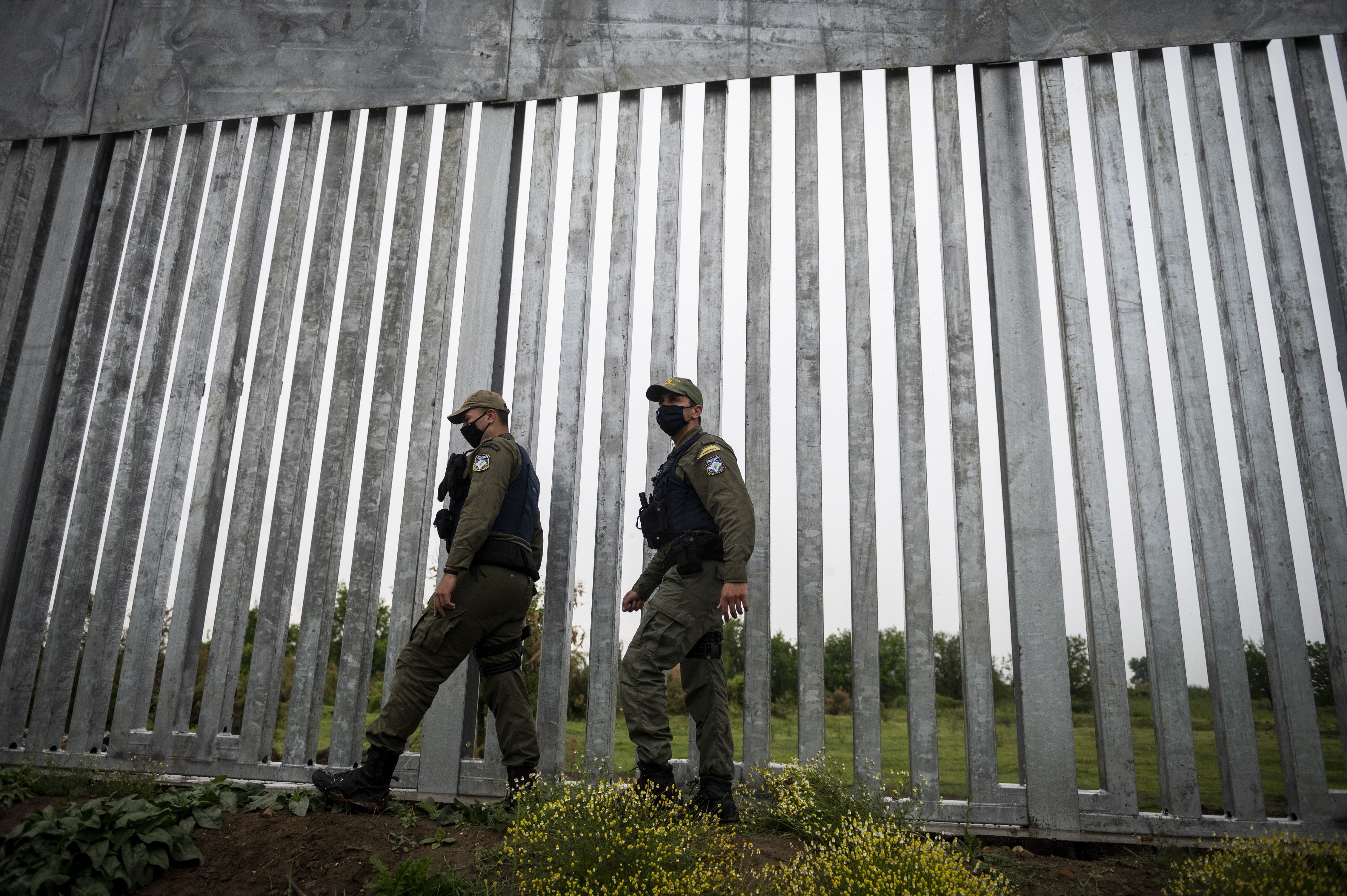 FILE - In this Friday, May 21, 2021 file photo, police officers patrol alongside a steel wall at Evros river, near the village of Poros, at the Greek - Turkish border, Greece. Greece will further increase a border guard at its frontier with Turkey, fearing an upcoming spike in attempted illegal migration, officials said Monday, Oct. 11, 2021. (AP Photo/Giannis Papanikos, File)

In December, Greece renewed its demands towards the European Commission to help with the financing of their rapidly extending land wall on the borders with Turkey. As Takis Theodorikakos, a public order minister, had explained during a parliamentary session, there are a number of countries willing to use migrants to exert political pressure on EU member state, pointing at Belarus, which has recently sent thousands of Middle Eastern migrants towards their regional rivals, Poland included.

“We have every reason to expect that these kinds of threats will continue,” confirmed the Greek minister.

The call for funding comes just as Greece completed a new extension to their already existing border wall, that now spans some 38 kilometers. This is dwarfed by the over 500-kilometer-long border fence gradually built on Hungary’s southern borders since 2015, yet the Turkish-Greek border is relatively short, only about 212 kilometers long. Greece is also planning to install heat detecting cameras and a surveillance system augmented by artificial intelligence-driven image processing. Just to show the importance of the border protection, Greece’s wall has since the beginning of 2021 prevented over 143,000 illegal crossings, which represents a 45 percent increase over last year’s figures.

Since 2019, the centrist government of Kyriakos Mitsotakis has been attempting to correct some of the disastrous policies of the previous leftist Syriza government that had seen millions of migrants landing on Greek shores and crossing through land, resulting in an unprecedented humanitarian catastrophe on sea and on some Greek islands, as well as a wave of terrorist attacks in 2015 on the European mainland. Human rights NGOs accuse the current Greek government of illegal pushbacks of migrant boats and of sending people back through the land-borders without their asylum applications being processed, yet since the new government’s tougher stance on immigration, the main destination for illegal arrivals has shifted to Italy’s shores.

In October of this year, the interior ministers of a dozen EU member states signed a document asking Brussels for help with financing barriers protecting the EU’s external borders. The four-page document was jointly signed by representatives of Austria, Bulgaria, Cyprus, the Czech Republic, Denmark, Estonia, Greece, Hungary, Lithuania, Latvia, Poland, and Slovakia. In the document, they wrote that “physical barriers appear to be an effective border protection measure that serves the interest of the whole EU, not just member states of first arrival.”

Hungary has been especially vocal in trying to convince the EU’s overwhelmingly pro-migration leaders to help with funding their exceptionally costly, yet clearly effective border barrier, which since 2015 has cost the Hungarian government over €1.5 billion to build and maintain.

The European Commission (EC), however, swept the entire question of financing border security from the table. In October, Manfred Weber, the leader of the European People’s Party — the largest political faction in the European Parliament — had petitioned the Commission for funding a barrier on the Polish-Belarusian borders, yet European Commission spokesperson Stefan De Keersmaecker said that the “European Union has long maintained that it will not offer funds for barbed wire and barriers at its borders.”

As a justification for this position, De Keersmaecker then went on a detour into a maudlin and misleading history lesson, detailing how Europe had struggled to tear down walls, and walls and fences divided the European continent.

However, Brussels’ routinely associates historical events with current political crises that have little to nothing in common in order to force through the desired agenda.

Moreover, instead of financing solutions that have empirically been proven to be effective, the EU channels money to placebo remedies, such as the Info-migrant project, a website whose mission statement is to “supply migrants with reliable, verified, objective and balanced news and information about the countries they have left, the countries they travel through, and the countries to which they are headed.”

Needless to say, the latest news regarding the construction of the Greek border wall is already up on the website, making sure that illegal migrants have an up-to-date information package on how to avoid any obstacles on what should ostensibly be their successful journey to Europe.

Apart from the European Union, the website is co-financed by German and French public broadcasters.

The website, alongside other shockingly ambiguous pro-migration statements, claims that “there is consensus about one idea, however: migrants are in need of verified and balanced information, which is often difficult for them to access during their journey.”

It is unclear what claims of such a “consensus” are based on, but treating masses of unvetted people from the world’s conflict and poverty-stricken zones like standard travelers will only exacerbate the migration crisis rather than resolve it. In the meantime, the “consensus” reached by the dozen European signatories behind d the letter pleading for more barrier funding is disregarded and ignored, and countries who reject the EU leftists’ vision of an open border Europe continue to be stigmatized and punished.