While those taking part in street protests against the health pass are called fascists by the governing left, Matteo Salvini and Georgia Meloni are coming to their defense. But the only major party that truly opposes the Italian Chinese-style green pass is Meloni’s Brothers of Italy. 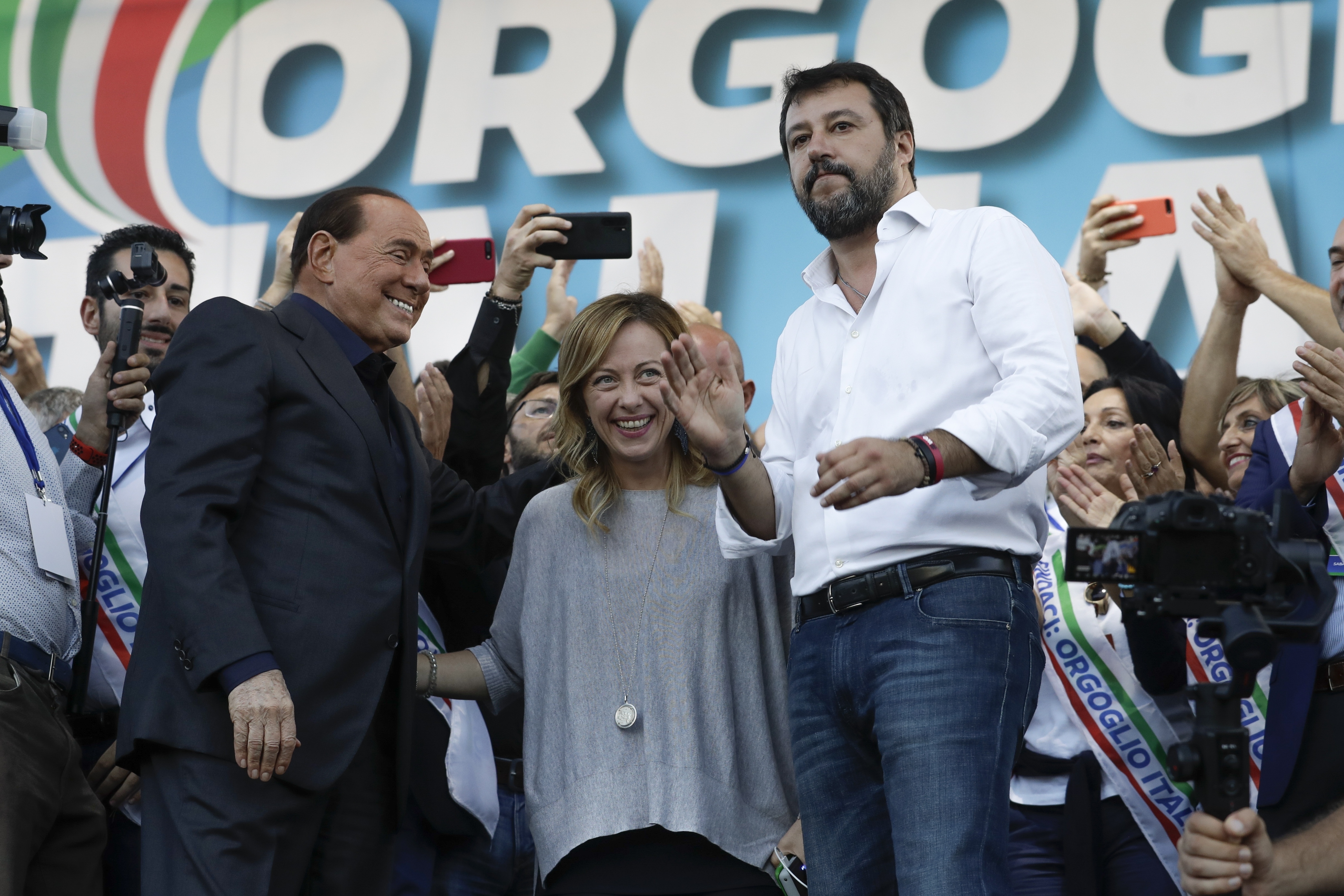 The local elections are not going well for the Right in Italy, with disappointing poll results coming in well beneath the presumed popularity of the three major right-wing parties. Even if it presents common candidates in the current local elections and still governs jointly in many regions and municipalities, the Italian Right has appeared divided since Berlusconi’s Forza Italia (FI) party and Salvini’s League joined the Draghi government. When the former ECB president’s “national union” government was formed last February, the third party in the right-wing alliance, Georgia Meloni’s Brothers of Italy, or Fratelli d’Italia (FdI), chose to remain in opposition. At first, it did well.

While it comes as no surprise that Berlusconi’s Fl often supports the Left on important issues, as do most center-right parties in Europe, and as the Fl keeps doing in the Draghi government, within the right-wing, liberal-conservative League, the line imposed by Salvini is hotly contested. On the one hand, the League’s ministers in the Draghi government, who are in charge of tourism and economic development, are on a more centrist line than Matteo Salvini, and for them economic recovery is the top priority. On the other hand, many on Salvini’s right reproach him for his endorsement of the Draghi government’s policies on illegal immigration and Chinese-style health passes.

In the rounds of local elections that began on Oct. 3 and 4 and will end on Oct. 24 and 25, the candidates of the “center-right” – as the three-party right-wing alliance is called in Italy – did not perform very well, leading to the Italian media to speak of a lost opportunity for the right, while Matteo Salvini publicly expressed his regrets the day after Oct. 4 on his Facebook profile: “One thought, without looking for excuses: if half the citizens choose not to vote, it’s not their fault, it’s ours. The fault of our mistakes, arguments, and delays: let this be a lesson to me and to us. ”

In addition to inter-party divisions and divisions within the League, the right-wing suffered from two scandals that came to light just before the elections, involving the League and FdI. This raises again the question of the role in Italian politics of left-wing magistrates, after the recent affairs which have exposed maneuvers within the judiciary to counter right-wing political leaders, notably Berlusconi in the past and, more recently, Salvini.

For example, an investigation into Salvini’s social media manager, who allegedly supplied drugs to two young Romanians at his home, came out in the media exactly five days before the first round of municipal elections and shortly after Matteo Salvini stepped up his criticism of the Draghi government’s management of illegal immigration, which is in the hands of left-wing “independent” Minister Luciana Lamorgese. As luck would have it, the public prosecutor’s office dropped the charges a few days after the first round of elections, as the drugs seized did not in fact belong to Salvini’s social media manager.

Nevertheless, it looks like the League, in particular, ought to rethink its role in a government that is behind one of Europe’s strictest Covid passport regimes and a very significant rise in illegal immigration, with already more than 50,000 illegal arrivals since the beginning of the year compared to 34,154 for the whole of 2020 and 11,471 in 2019, when Salvini was still interior minister from January to August.

On the health pass front, League ministers and League governors in the north of the country have lobbied for Salvini to accept the most restrictive regime in Europe on the grounds that it would be essential to reopening the economy.

While Salvini was initially opposed to the health pass, he now claims that the League’s action in government has spared Italians a vaccination mandate for all. But what difference is there between mandatory vaccination for all Italians over 12, which Mario Draghi was indeed considering for a while, and the compulsory health pass for all employees in the public and private sectors from Oct. 15, a novelty that comes in addition to the need to show one’s health pass in order to access many public places, with the only alternative being a pricey Covid-19 test every two days?

Without a health pass, an employee or civil servant is no longer allowed to go to work, under penalty of a stiff fine (600 – 1500 euros), and can be suspended without pay. Employers, who will also be liable to a fine if they do not check the health passes of the people who come to work, will not be allowed to fire anyone for this same reason, but how could one believe a prolonged absence of an unvaccinated employee will be without consequences for his or her future career?

With the Oct. 15 deadline looming, the demonstrations which had been going since the summer (just like in neighboring France) to protest against the new vaccine segregation have attracted more and more people lately, with a lot of anger against the incumbent government of which the League is part. Workers’ unions have announced a blockade of ports and possibly even roads from Friday.

The cities of Rome and Milan were the scene of riots last weekend. The headquarters of the workers’ union CGIL in Rome was stormed by demonstrators because of the collaborationist attitude of this union towards the compulsory Chinese-style “green pass” for all public and private employees.

While those taking part in street protests against the health pass are being called fascists by the governing left and the social-communist-leaning CGIL, Matteo Salvini and Georgia Meloni are coming to their defense. But the only major party that truly opposes the Italian green pass is Meloni’s Brothers of Italy.

Enrico Letta, the leader of the left-wing Democratic Party (PD), was hammering home the point after Salvini accepted the green pass principle: “It’s a good thing that most of the League has decided not to follow Salvini and instead support the government’s line of responsibility…Draghi does everything without listening to Salvini’s positions and proposals. That’s why things are going well.” Things are certainly going well from the Left’s point of view, and Letta could say exactly the same about illegal immigration.