A new trilateral alliance which will connect the United Kingdom, Poland and Ukraine in face of Russian aggression may be announced this week 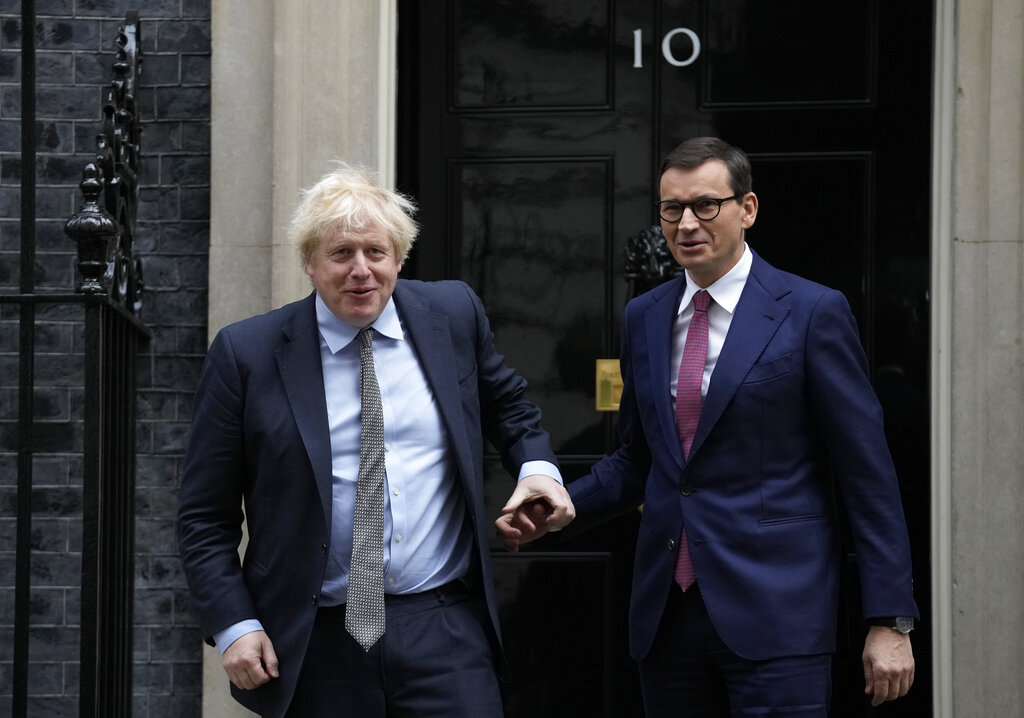 A new trilateral alliance between the United Kingdom, Poland and Ukraine may be announced as soon as this week, according to BBC sources.

The U.K. prime minister is expected to visit Kiev on Tuesday, as is Polish leader Mateusz Morawiecki, with reports suggesting the pair could use the opportunity to announce the formation of the new alliance alongside their Ukrainian counterpart.

“We are seriously working on this option and talks are ongoing. We are ironing out the details,” a source in the Ukrainian president’s cabinet told the British broadcaster. The BBC explained that the main aim of the new alliance would be counteracting the Russian threat and common work for the future of European security. The new alliance is to be established against the background of the growing threat on Ukraine’s borders and the U.K.’s weapon deliveries to Kiev.

Poland on Monday announced that it will supply Ukraine with weapons. The head of the President’s National Security Bureau Pawel Soloch told journalists that “a decision was made to supply the Ukrainian side with defensive munitions.”

British Foreign Secretary Liz Truss had initially outlined the potential for a British-Polish-Ukrainian alliance on Jan. 21. According to the BBC, Ukraine initiated the new cooperation format at the start of December and is meant to be part of the strategy of small alliances such as the Lublin Triangle formed between Poland, Lithuania and Ukraine.

Serhiy Solodky from the New Europe Center stated that the new alliance was logical: Kiev receives some of the strongest support in the military and security sectors and Poland is interested in ensuring that Ukraine builds up its defense potential.

Serhiy Herasymchuk, Deputy Director of the Ukrainian Prism Foreign Policy Council, explains how the alliance puts Poland “on a par with the British, strengthens them within the European Union and demonstrates that Poland is involving Britain in security tasks that are of interest to the entire EU.”

Herasymchuk recalls that in recent years Warsaw has had conflicts with Brussels, and the recent resolution of the Russian-inspired conflict with migrants and aiding the escalation in Ukraine will be Poland’s additional arguments in the debate with the EU leaders.

Expert Oleksandr Krayev believes, on the other hand, that the alliance is a part of the British strategy of regaining influence throughout the world and in Central-Eastern Europe following Brexit.  He also pointed out that London, Warsaw and Kiev have certain “grievances” towards the European Union.