President Volodymir Zelensky is becoming the symbol of Ukrainian resistance with his refusal to flee and determination to lead, writes Artur Bartkiewicz in Rzeczpospolita daily 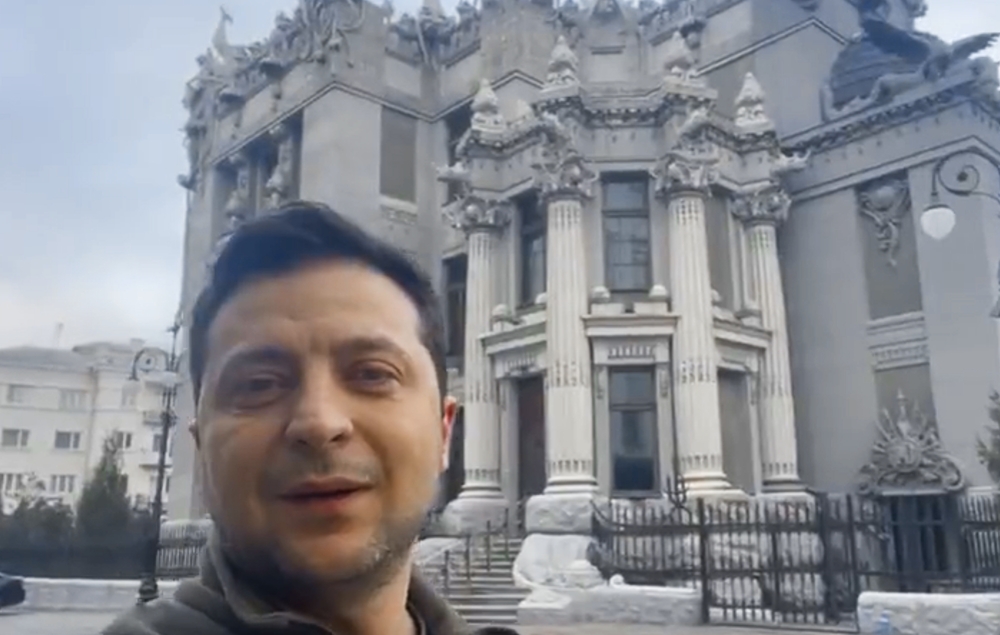 “I need ammunition, not a lift,” quipped President Zelensky when the Americans offered him help to leave Kyiv. He knows full well he is a prime target for Russia’s invading forces and considered to be a symbol of an independent and democratic Ukraine. Getting rid of that symbol would be to break Ukraine’s spirit and enable Russia to install at the country’s helm a Putin placeholder.

Zelensky must be afraid as he knows that he and his family are in danger, but he insists on appearing on Kyiv’s streets to be with his people — what a contrast with Putin sitting at the end of his long table in the Kremlin. Zelensky cannot be certain of succeeding in resisting the Russians, but his place in history is already secure, and his stance is demonstrating to the world that Ukrainians will refuse to give up on their freedom.

“Every recording of Zelensky in the streets of Kyiv shows Russians that they have ended up on the wrong side of history because they are led by a dictator willing to shed their blood to realize his imperialist aims.”

The president of Ukraine is also actively showing ordinary Russians living in the shadow of the Kremlin that Putin is misleading them when he claims Ukraine is led by anti-Russian Nazis and nationalists. It is Putin who shuts himself away, scared of coronavirus, and arrests those Russians who protest against his war, whereas on the other side is a democratically-elected president ready to defend his country, a man who would rather die than leave his countrymen in their hour of need.

Every recording of Zelensky in the streets of Kyiv shows Russians that they have ended up on the wrong side of history because they are led by a dictator willing to shed their blood to realize his imperialist aims.

In these tough times, Zelensky should inspire us all. He is showing us how to deal with Russia; without fear, looking it straight in the eye. The West together with us must get ready for sacrifices beyond just higher oil and gas prices. Only if we are prepared for sacrifices can we defend our freedom against Putin at his grotesquely long table. Zelensky shows us that freedom is priceless.