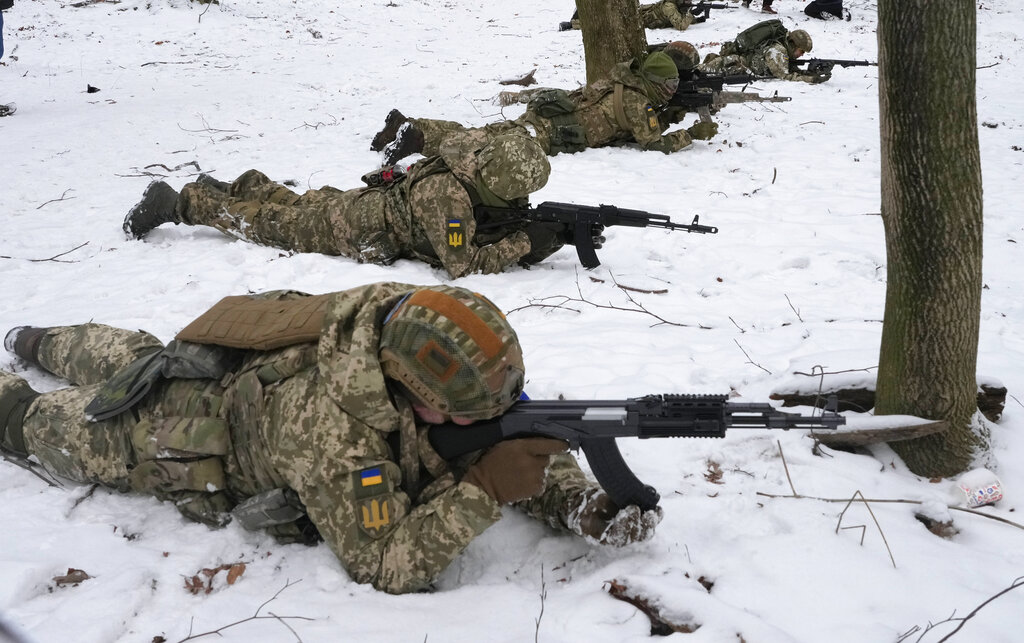 “Those governing Germany and France are capable of giving Ukraine up to the Kremlin,” he said.

He listed German support for the Nord Stream 2 gas pipeline, embargoes on weapon deliveries to Ukraine and the French president’s calls to hold separate talks on an EU-Russia axis, which would exclude the U.S., as examples of French and German submissiveness.

“This is exactly what Moscow wants,” the professor stressed.

He pointed out that German support for Nord Stream 2 gas pipeline has already borne the fruit Russia expected in the form of the European energy crisis, and the expansion of the armed conflict in Ukraine would only deepen that crisis.

“Germany and France not only want to sell Ukraine, as what would they buy for it? Unfortunately, there is a hidden permission from Berlin and Paris to continue the war in Ukraine through Russia’s extension of the conflict which has been going on for years,” he said.

Żurawski vel Grajewski also noted that the West is divided on the matter of Ukraine.

“Germany and France favor Russia. Meanwhile, Ukraine is strongly supported by the United Kingdom and Canada, since the Ukrainian diaspora is the third largest one in that country. Kiev is also supported by Spain which has sent its ships to the Black Sea — a result of Moscow’s support for Catalonian separatism,” he explained.

The professor also mentioned the declarations of support from the Scandinavian countries and the entire NATO Eastern flank, with Poland at the forefront.

“Turkey also doesn’t support Russian aggression against Ukraine, as it does not want the Northern coasts of the Black Sea to dominated by Moscow,” he added.

Żurawski vel Grajewski warned that what was currently happening was “the weakening of German prestige in Eastern Europe, the U.K., Scandinavian countries, Canada, the USA and even Ukraine, in which Germany had once played an important role in the process of further integrating Kiev with Europe.”