‘Instead of helping Poland, you continue to pay Putin,’ says Polish MEP to European Parliament

“During Russia’s invasion of Ukraine, Poland is showing the world the difference between migrants and actual refugees,” Patryk Jaki declared 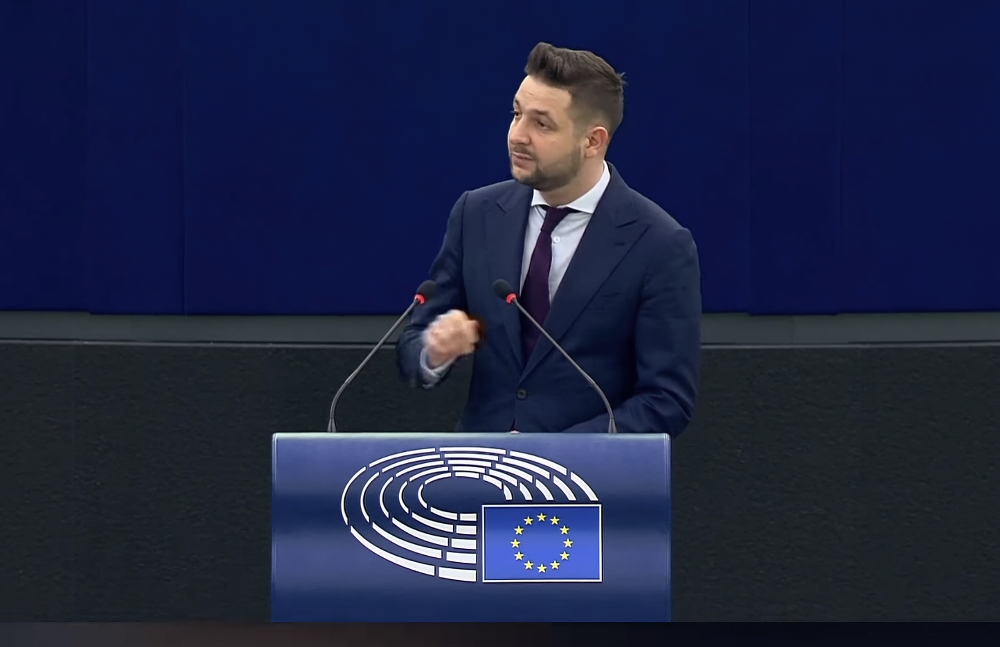 “Instead of suspending deals with Putin, you took it out on Poland! I counted. Forty-one debates and resolutions were aimed at Poland during this term. For what? For, among other things, refusing to accept refugees,” he said.

“During Russia’s invasion of Ukraine, Poland is showing the world the difference between migrants and actual refugees,” Jaki stated and pointed out that instead of helping Poland, the EU was paying €600 million per day to Putin.

He stressed that Putin was murdering people on a daily basis using this money and that the only planned upcoming sanction resolution was aimed not at Russia, but at Poland.

“Today, the Civic Platform (PO) tried to shout down my speech in the European Parliament. I am not surprised because an Investigation committee should be formed in the Euroepan Parliament, which will find the ones responsible for Europe financing Russia’s war. €600 million is flowing from the EU to Putin every day. Meanwhile, Germany and the Civic Platform are forcing sanctions on Poland,” he wrote on Twitter.

Jaki also criticized German policy: “Europe has already paid for German arrogance and lack of foresight in the form of two world wars. This cannot happen a third time.”

He noted that many had thought Ukraine would fall after two days. Meanwhile, Ukraine has been fighting for two weeks already.

“So, your helmets have arrived after 12 days, they finally arrived to Ukraine. Well done!” he stated.

The MEP was referring to Germany’s shocking declaration from Januar in which Berlin had promised to send 5,000 helmets to the Ukrainian army. On Feb. 26, Germany had changed its approach concerning sending weapons to Ukraine, and after heavy criticism, Chancellor Olaf Scholz announced support for Ukraine’s forces against Russia.