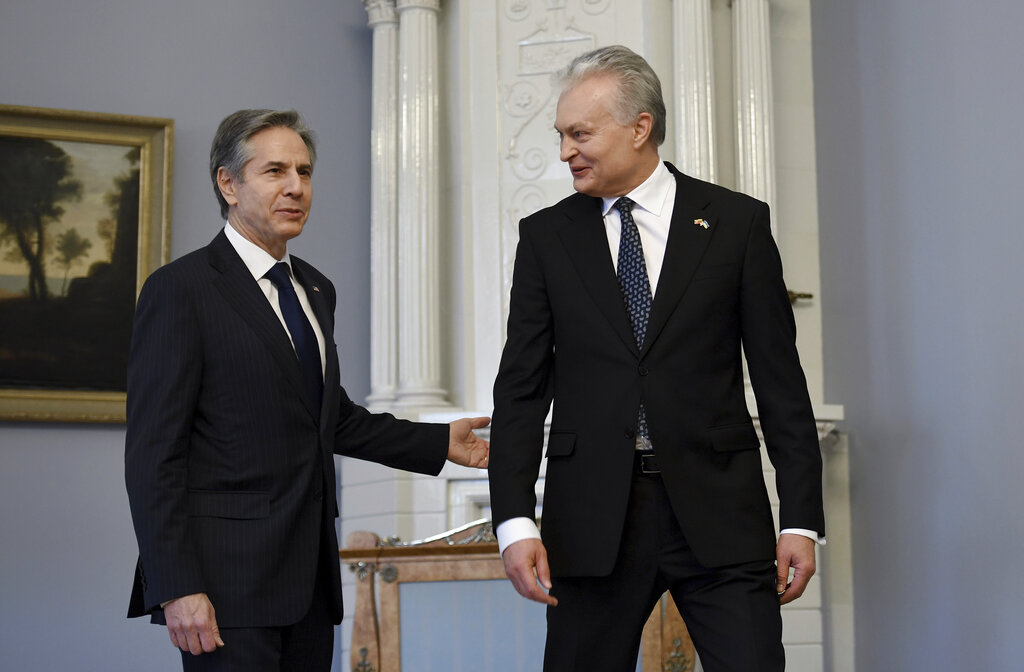 Vladimir Putin does not intend to cease his military aggression at Ukraine and the West must stop him now using all means available, Lithuanian President Gitanas Nauseda declared following a meeting with the U.S. head of diplomacy.

“If we want to avoid World War III, we have to do so now,” he stated, emphasizing that Russia was a long-term threat to NATO allies and European security. Nauseda added that the Russian threat would remain irrespective of the conclusion to Russia’s invasion of Ukraine.

“We must seriously prepare for defense,” the Lithuanian leader told reporters, revealing that he had granted permission to U.S. Secretary of State Antony Blinken for the permanent deployment of U.S. soldiers on Lithuanian territory.

During their meeting, Nauseda and Blinken had also discussed NATO’s response to the Russian invasion and the need to strengthen the region’s defense potential.

Following the Russian aggression witnessed in the past fortnight, the U.S. Secretary of State Antony Blinken has visited several European countries. On Saturday, he met with Polish Prime Minister Mateusz Morawiecki, and also inspected the Polish-Ukrainian border where more than 1 million refugees have now crossed into the EU member state.

Moreover, Blinken refused to deny news reported by this site regarding the possibility of the United States transferring fighter jets to Poland should the country send its own fleet to Ukraine for use by the Ukrainian army.

“The United States have given the green light to NATO states, if they decide to supply Ukraine with fighters, following President Zelensky’s appeal to the members of Congress concerning transferring the planes during the Saturday Zoom call,” Blinken said.