According to American sources, talks are being held between Washington and Warsaw about an agreement to replace Polish planes if they are given over to Ukrainian pilots 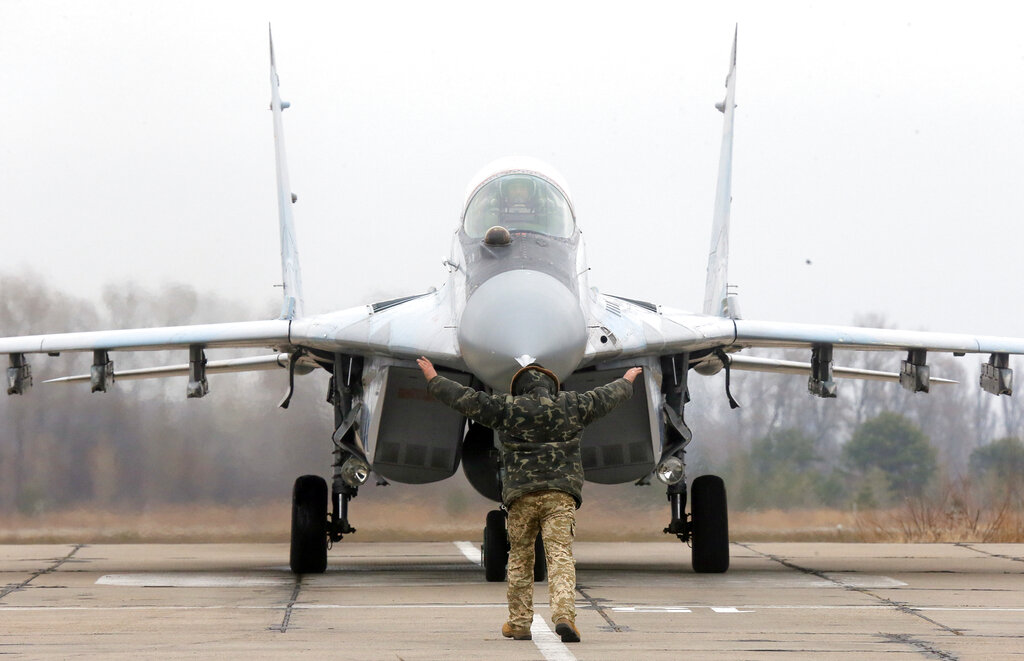 The United States is considering an agreement under which Poland would provide Ukraine with MiG-29 fighter jets in exchange for American F-16 planes, U.S. Secretary of State Antony Blinken said on a visit to Moldova on Sunday.

There have been conflicting reports concerning such a plan, with Poland reportedly unsure over fears that such a move could be construed by the Russians as a casus belli.

Poland, Slovakia and Bulgaria — all of whom are members of NATO — are in possession of Russian-made MiG-29 fighters which could be used immediately by Ukrainian pilots.

The Wall Street Journal reported that Washington would agree to replace any transferred fighter jets with its own F-16s, a move considered to be a compromise following NATO’s refusal to announce a no-fly zone over Ukraine.

“We are looking actively now at the question of airplanes that Poland may provide to Ukraine and looking at how we might be able to back fill should Poland choose to supply those planes,” Antony Blinken told journalists at a press conference in Moldova on Sunday.

Remix News has previously reported about the possibility of Poland aiding Ukraine by supplying Kyiv’s pilots with MiG-29s, in light of the EU’s approval to send fighter jets to Ukraine. Similar reports have appeared in other media outlets, but the Polish government has denied them so far.

The Chancellery of the Polish Prime Minister declared on Sunday via social media that Poland would not send its fighters to Ukraine and would not allow for the planes to use its airfields, adding that Poland was willing to help neighboring Ukraine in “many other areas.”

According to the Wall Street Journal, the American administration’s representatives have noted the various difficulties associated with transferring planes directly to Ukraine, and accept that any move by a NATO member to equip Ukraine with fighter jets will be that country’s “sovereign decision.”

The U.S. paper revealed that the issue of the fighter jets had united both Democrats and Republicans, but that the key concern connected to the affair is whether transferring planes to Ukraine would be considered a more direct involvement in the conflict.