Ukrainians have filled roles in a variety of sectors, including health and social care, construction, logistics, and hospitality 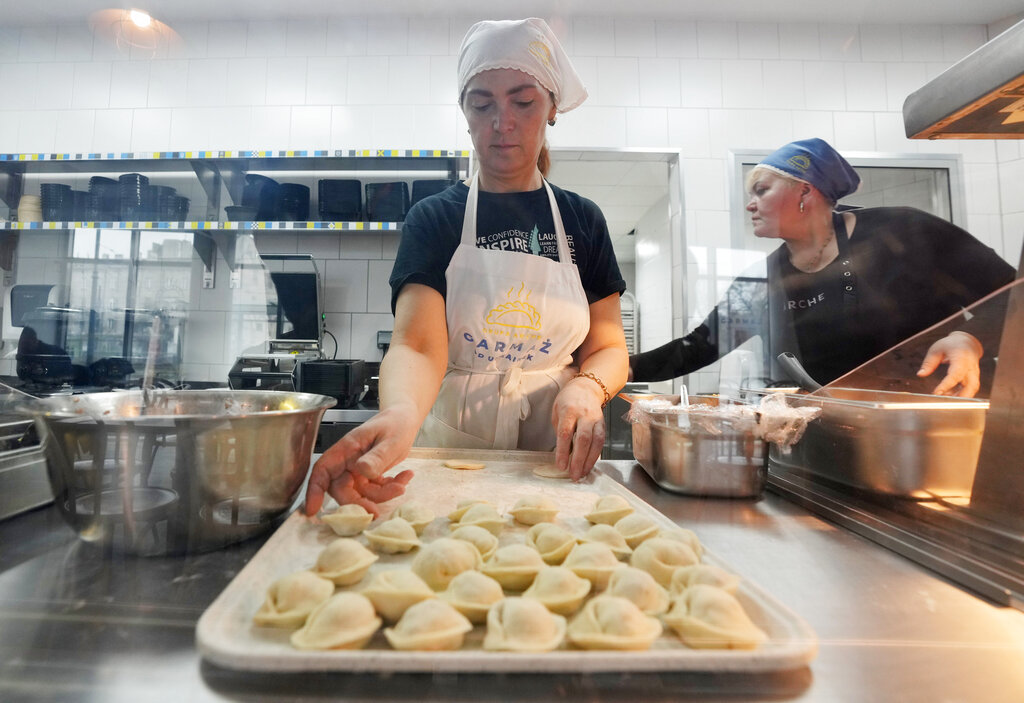 Ukrainian refugee women working at a Ukrainian food bar that a private foundation has opened to offer jobs to the refugees, in Warsaw, Poland, on Friday, April 1, 2022. Having escaped from Russian shelling, Ukrainian refugees are now focused on building new lives — temporarily or permanently. (AP Photo/Czarek Sokolowski)

More than 270,000 Ukrainians have already taken up paid employment in Poland, including 200,000 women, according to data produced by the Polish Labor Ministry.

Labor Minister Marlena Maląg noted that the uptake of jobs took place shortly after the government simplified procedures for the employment of foreign nationals. “The situation on the labor market remains stable and unemployment is falling,” she said.

According to the minister, the data shows how buoyant the labor market is in Poland and how important a role is played by people from abroad who are filling the gaps in many sectors.

Ukrainians are primarily being employed in the food processing, transport, warehouses, catering and accommodation, agriculture, and construction sectors, while many Ukrainians have also reportedly filled jobs in health and social care.

The Central Office of Statistics (GUS) reported the unemployment rate in Poland for May at 5.1 percent. This represents a fall from April and the equivalent month last year. The strong position of Poland’s labor market was also confirmed in Eurostat data for May, showing Poland to have one of the lowest unemployment rates in Europe.