Polish President Andrzej Duda together with the three presidents of the Baltic states visited Ukraine on Wednesday and met with Ukrainian President Volodymyr Zelensky to witness the two faces of war: the military operation and the attacks on civilians 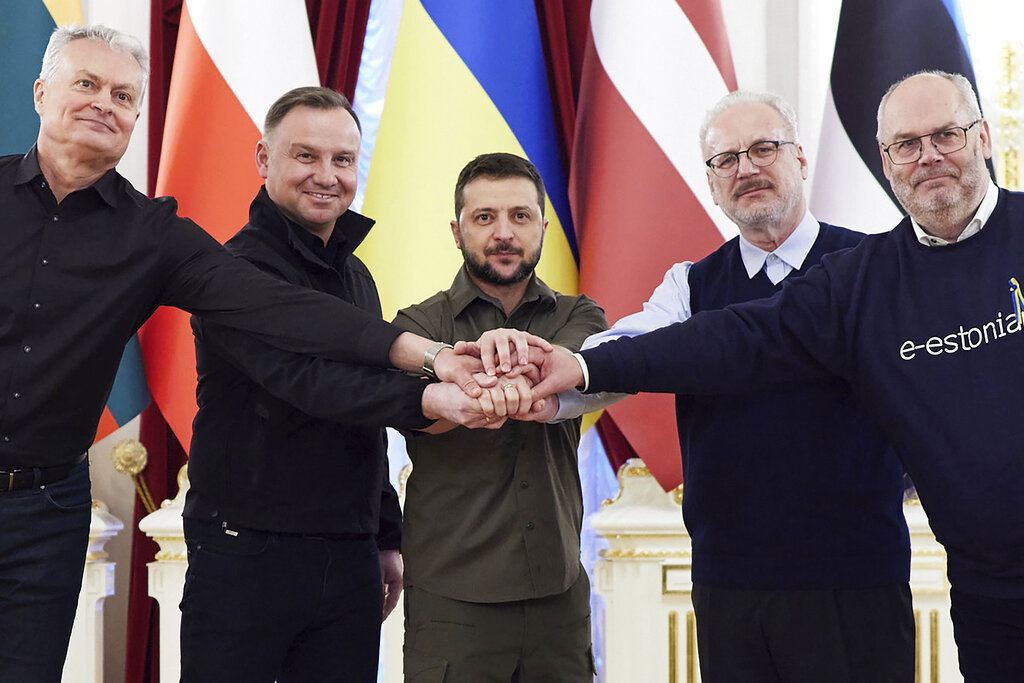 The presidents of Poland, Lithuania, Latvia, and Estonia all visited Kyiv on Wednesday where they met with their Ukrainian counterpart Volodymyr Zelensky in a show of support for his country and its fight against Russian aggression.

Polish President Andrzej Duda condemned the seemingly indiscriminate attacks on civilians by Russian forces, claiming such callous acts were “not war” but “terrorism.”

“If someone sends planes and soldiers to bomb housing estates and murder civilians then this is not war, it is cruelty, banditry, it is terrorism. It is an aspect of war with which we cannot be reconciled,” Duda added.

Poland’s head of state also called for tougher sanctions against Russia and argued there is no way of conducting dialogue with those who break all the rules, insisting they must be isolated. He also called for those who have committed war crimes against civilians to face prosecution from international tribunals.

The four presidents visited the towns of Borodianka, Bucha and Yrpin near Kyiv to witness the horrific aftermath of the Russian occupation.

Duda reiterated that Poland and Ukraine are not only neighbors but that both have the same history and understanding with regard to Russian occupation and terror. In a symbolic photograph, Duda and Zelensky embraced each other.

Speaking at a joint press conference following their meeting, President Zelensky underlined that the leaders of “these wonderful four countries” are the allies of Ukraine.

“I want to thank these great leaders of these wonderful countries who have been working with us from the outset to support Ukraine and are the first to back its quest for becoming part of the European family,” Zelensky told journalists.