“Out of all of the countries, Turkey understands best what Poland is currently dealing with,” President Recep Tayyip Erdoğan noted in reference to the Ukrainian refugee crisis 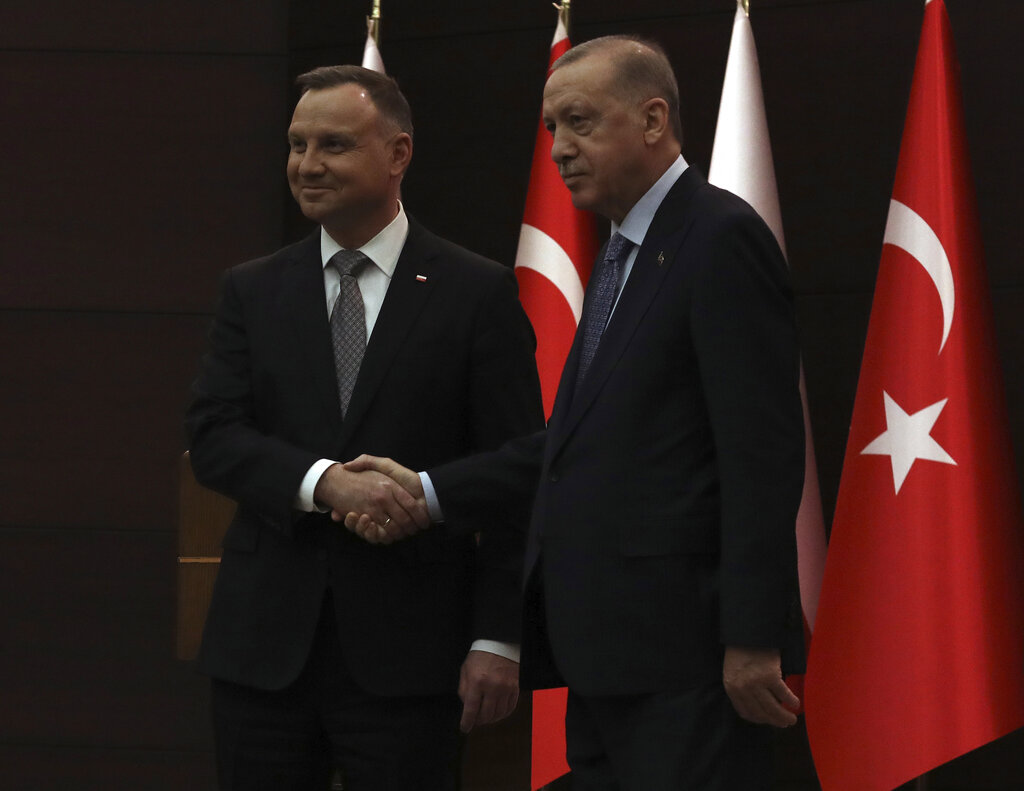 Poland’s President Andrzej Duda and his Turkish counterpart Recep Tayyip Erdoğan agreed on Wednesday that diplomatic efforts to resolve the conflict in Ukraine must continue, following a meeting between the two leaders in Ankara.

In a joint press conference, Erdoğan revealed that he had discussed current Polish-Turkish relations with Duda at length and explored ways in which they could be strengthened in the future, informing reporters that the pair would meet again in Brussels on March 24 at the emergency NATO summit.

The Polish leader explained that the “most important topic” during their discussions was the Russia-Ukraine war, stressing that Poland wants military cooperation between Poland and Turkey to continue as well as economic cooperation.

“Last year we started very good cooperation in the field of defense. I believe that we will continue to develop this cooperation,” Duda told journalists.

President Erdoğan thanked Poland, its government and its institutions for assisting Ukrainian refugees who have been fleeing the war.

“This truly is behavior worthy of being praised. Poland is showing an incredible approach by opening its borders to refugees from Ukraine.

“What Poland is representing is particularly worthy of congratulations and I personally thank you for this approach,” Erdoğan stated.

“Out of all of the countries, Turkey understands best what Poland is currently dealing with,” he added.

According to Duda, almost 2 million refugees have arrived in Poland from Ukraine to date, an event he described as a “huge challenge” for the country.

“We can surely declare this a crisis,” he added, warning that if Poland does not receive support from the international community, “we will find ourselves in a very difficult situation.”

Duda acknowledged that Turkey is one of the few countries that can understand Poland’s current predicament, following its experience of the refugee crisis over the last few decades.

“Millions of Syrians sought shelter here from the bombings. I am glad that I could speak with President Erdoğan about those experiences. These are experiences from which we can learn much,” he said.

The Polish president also hoped that following the end of the Russian invasion, the international community would be dedicated towards the effort of restoring all infrastructure in Ukraine.