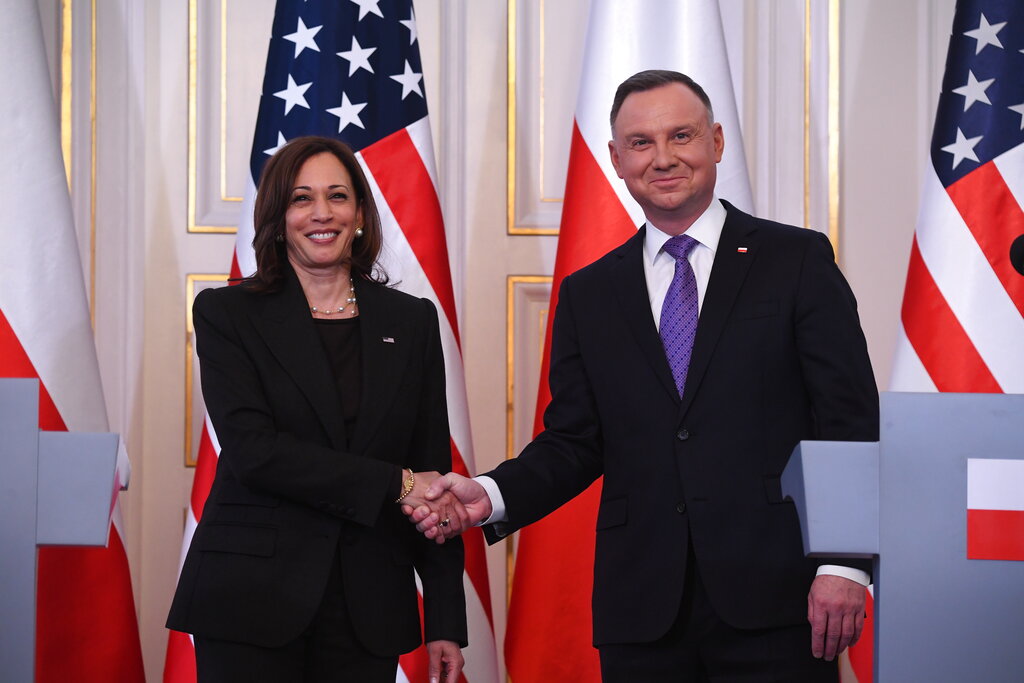 In conjunction with delivery of Patriot missile systems, U.S. Vice President Kamala Harris reaffirmed the U.S.’s commitment to NATO Article 5 in the case of any aggression against an alliance member state.

She added that the U.S. administration had made the decision to transport two Patriot batteries to Poland and that they have already been delivered.

Harris underlined that she was in Warsaw to ensure the full commitment to support Poland and other U.S. allies through the alliance between the EU and NATO, such as in the case of transferring troops.

The vice president said that she also visited Poland to emphasize the endurance and importance of the relationship between the United States and Poland.

“We will do everything together, in partnership, in solidarity, to support what is necessary at this very moment in terms of the humanitarian and security needs of Ukraine and the Ukrainian people,” she declared

The world has been watching Poland, and we’ve witnessed extraordinary acts of generosity and kindness.

Her remarks are a far departure from President Joe Biden’s remarks during an election debate with Donald Trump in 2020, which described the Hungarian and Polish governments as “totalitarian regimes.”

Duda spoke in context of whether Poland had acted on its own concerning the issue of transferring the MIG-29s to the U.S., since American officials have stated that there had been no consultations on the matter with them.

Warsaw had proposed for the American side to take over the aircraft and give them to Ukraine through bases in Germany. In exchange, Poland was to receive used F-16s from the U.S.

“Simply, we decided to put those jets at the disposal of NATO, not expecting anything in return, because we stressed very clearly that, as a gap filler for the donated equipment, we were able to buy something that we would need as a replacement,” he said.

Duda emphasized that he wanted the decision to be made jointly by NATO so that Poland will continue to be a credible member of the alliance and not a country which individually decided about important affairs that concern the security of the alliance.

Kamala Harris had commented on the issue of the MIGs by saying, that “the United States and Poland are united in what we have done and are prepared to do to help Ukraine and the people of Ukraine, full stop.”