Ukraine in the EU would fulfill Polish dream

Accession of Ukraine into the EU would mark the fulfillment of Poland’s long-term geopolitical goal of creating a Central and Eastern European counterweight to Germany and Russia, writes Mateusz Kosiński 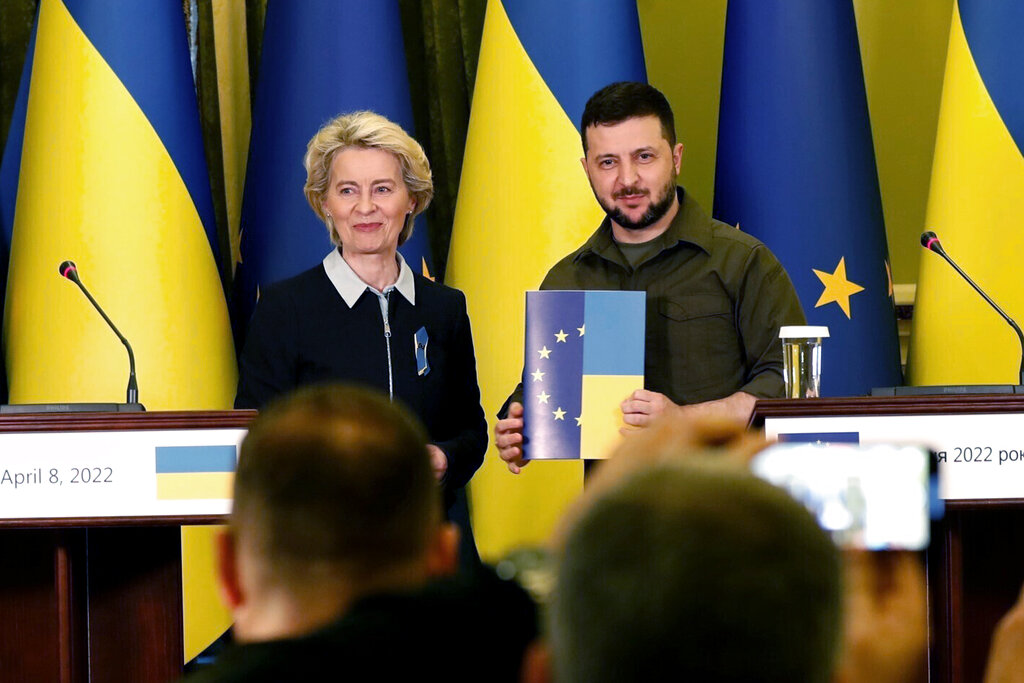 European public opinion is increasingly warming to Ukraine’s entry into the European Union. If this were to occur, it would be in line with the Polish concept of the Trimarium before the war, and today’s Three Seas initiative. Such a development would make Poland and Europe more secure.

Ursula von der Leyen told MEPs on Thursday that the EU is proposing a plan for the reconstruction of Ukraine after the end of the war and insisted the plan must lead to massive investment to meet the needs of Ukraine and to pave the way for the country’s future inside the EU.

Such investment would include additional border crossings between Poland and Ukraine, as President Andrzej Duda mentioned during the Constitution Day celebrations on May 3.

The acceptance of Ukraine’s western orientation is a positive sign. It means Poland is edging closer to realizing the geopolitical objectives formulated a century ago by the founder of Polish independence, Marshal Józef Piłsudski. He was convinced that Poland needed a buffer between itself and Russia, and wanted to see an independent Ukraine.

Today, Poland is once again active in trying to build closer relations with Ukraine and the Baltic states in order to help contain Russia, but it has also raised questions about whether Poland is proposing some form of a Central European union.

Polish Defense Minister Mariusz Błaszczak feels that it is more a case of the nations that were once a part of a larger Polish commonwealth are now facilitating Ukraine’s road towards NATO and EU membership — something that was close to the heart of the deceased Polish President Lech Kaczyński, and which was torpedoed by Germany at the NATO summit in 2008. The history of the Polish commonwealth in which the Constitution of May 3 was formulated shows that there is much which unites the Baltic states, Poland and Ukraine.

The coming years are a great opportunity for both Poland and Ukraine — a chance to realize something that could not be realized a century ago, which will make Europe more secure as a whole.