In an over-the-top online speech in front of a US Congress subcommittee, Warsaw’s Rafał Trzaskowski criticized the Polish government and elevated the role of the Polish opposition to supposed defenders of democracy 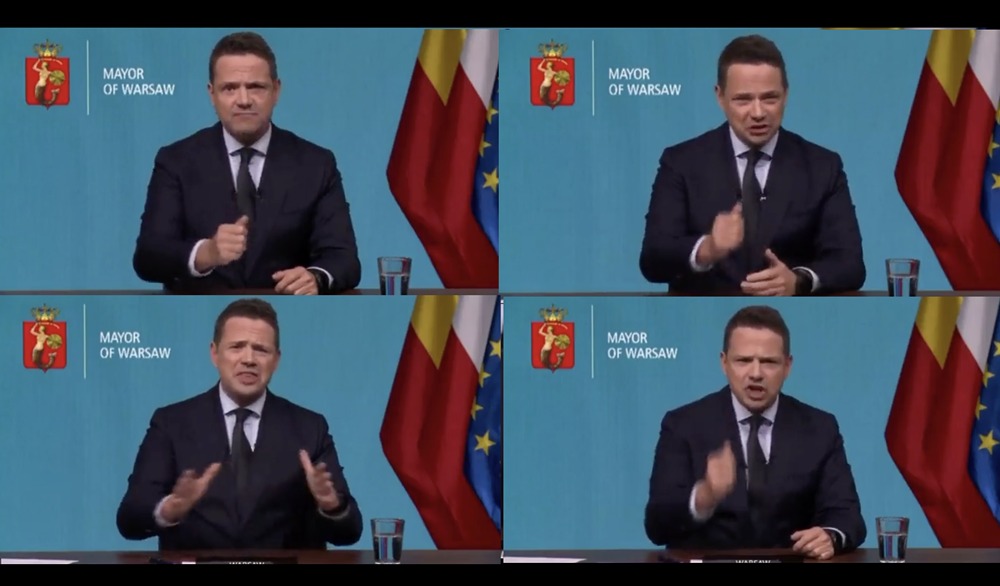 The US House of Representatives Foreign Affairs Subcommittee on Europe, Energy, the Environment and Cyber organized an online hearing concerning the state of democracy in Poland and in Central Europe.

In a few-minutes-long speech, Warsaw’s mayor and vice chairman of the opposition’s Civic Platform (PO), Rafał Trzaskowski, declared that “today Poland is a battlefield between freedom and authoritarianism.”

He said he believed that Poland had not yet been turned into an “undemocratic regime” owing to “the resilience of its people, the strength of the parties of the parliamentary opposition and the courage and dynamism of our civil society.”

Trzaskowski pointed out that the situation in Central Europe was not stable, as Russia was gathering forces near the border with Ukraine, the Kremlin was weaponizing energy policy and Lukashenko “has his hand in provoking the migratory crisis on our Eastern border.”

He emphasized that the “international society could not allow for a weak government in Poland’s part of Europe”.

The online speech by Warsaw’s mayor provoked a wave of comments on Polish social media, with many social media users poking fun at Trzaskowski’s speech. They pointed out his unnatural behavior, odd mimicry and exaggerated American accent.

One of them wrote: “Even Brad Pitt in Inglorious Basterds was less Texan than Trzaskowski.”

Warsaw’s mayor also put forward a list of accusations towards the Polish government during his speech.

According to him, “the Constitutional Tribunal turned into a partisan, political body and a tool.”

In his opinion, there is an ongoing campaign in Poland against the LGBT community and the government is proposing draconian anti-abortion laws.

Moreover, Trzaskowski also claimed that the Constitutional Tribunal’s ruling, which confirmed the primacy of state laws over EU law, “undermined Poland’s membership in the EU.”

He proclaimed himself and other city mayors as “defenders of freedom, democracy, and rights of minorities.”

Trzaskowski accused the Polish government of trying to write their own version of history and attempting to remove Lech Wałęsa from history books. He also stated that it was owing to the opposition that children in schools were able to learn about tolerance, women’s rights and climate change.