To Ukraine with love (and weapons) – commentary

The United States is only one decision away from sending large transports of armaments to Ukraine, but many other states have already done so, writes Andrzej Łomanowski in his analysis for ‘Rzeczpospolita’ daily 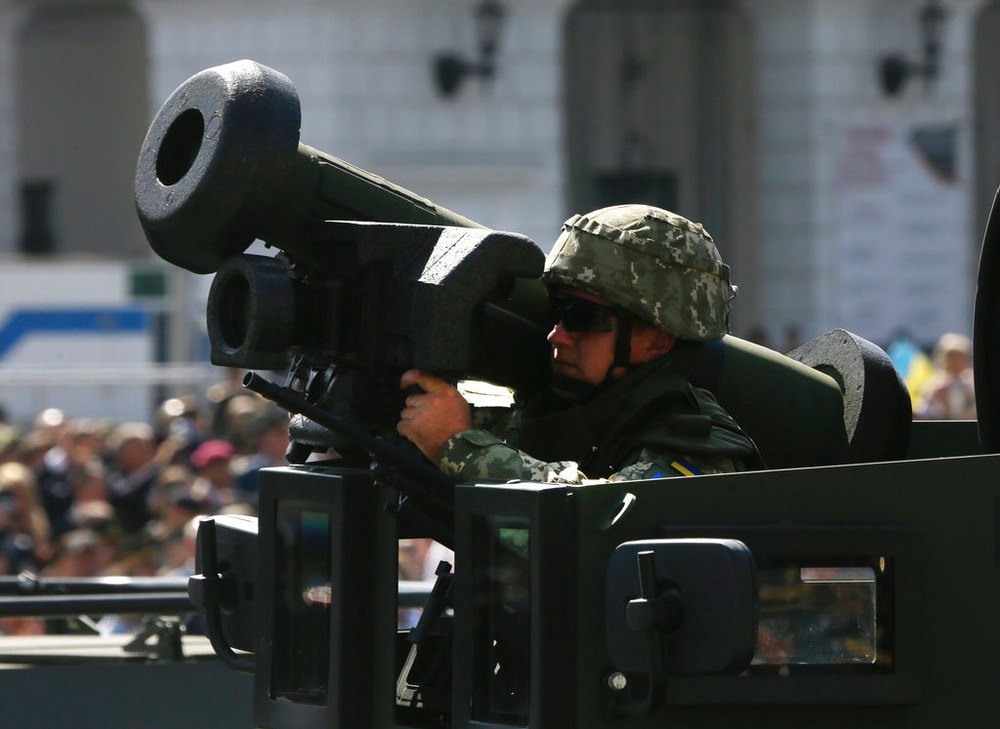 “Ukraine is being pumped full with NATO weapons. The Americans and other NATO members have been sending the most modern weapons over there,” the Kremlin press officer said, warning that NATO crossed yet another line drawn by Moscow.

Nevertheless, the United States is still discussing whether to send another transport of armaments to Kiev. The American administration is very close to making such a decision.

According to CNN, the American military aid package would include the very efficient man-portable anti-tank missiles Javelin and modern mortars. Some of Joe Biden’s advisors also support the addition of man-portable Stinger missiles and the US Department of Defense also proposes to send weaponry to Ukraine which had not managed to reach Afghanistan, such as the Mi-17 helicopters (which the US purchased from Russia).

These debates are taking place while the Russian army is concentrating along the Ukrainian border, where over 90,000 troops have already been deployed. The “armed fist” of Putin’s military is being created near Bryansk and units from the elite 1st Guards Tank Army which are usually stationed near Moscow are to form the core of this fist.

Based on data from American intelligence, Bloomberg reported that the largest draft of male military reserves since the fall of the USSR is taking place in Russia. American analysts believe that the reserves will form the second force of the army. Following the attack of the nearly 100,000 soldiers, they would serve as occupational forces on conquered Ukrainian territory.

“Russia is basically 90 percent ready to conduct active military actions against Ukraine. The question is when or whether they will begin. The answer is in the hands of the politicians,” Ukrainian expert and colonel Ivan Jakubiec explained.

The US has already been delivering Javelins to Ukraine since 2020, and the last transport arrived in October of that year. Up to now, these weapons have not been allowed to be given to forces stationed on the frontline in the Donbas region. Last week, however, the head of Ukrainian intelligence disclosed that they were used in the region with the US’s permission.

Simultaneously, the American “Ocean Grand” vessel entered Odesa with two patrol boats meant for the Ukrainian navy. In addition to the small ships, there were also containers with unknown additional armaments.

The US is not the only country that has been supporting Ukraine. UK PM Boris Johnson said last week that the United Kingdom has been preparing a whole range of military endeavors with Ukrainian partners. This aid most likely involves the very precise Brimstone ground attack missiles, whose delivery Kiev is currently negotiating. One Russian senator from Crimea Sergei Tsekov (a former Ukrainian politician) declared that Moscow would do everything to ensure that this contract would not be signed.

Nevertheless, both London and Washington have been overtaken by Ankara. On Monday, the Ukrainian parliament ratified a five-year military agreement with Turkey which included the exchange of intelligence in addition to cooperation between military industries.

If the Americans supply Mi-17 helicopters to Ukraine, then the Ukrainians will equip them with the Turkish company’s Aselsan viewfinders which can also be found on Bayraktar drones. The latter have already been used by the Ukrainian army in Donbas.