VIDEO: ‘They are cockroaches!’ – Ukrainian doctor reveals he has ordered staff to ‘castrate’ captured Russian soldiers

An interview with a Ukrainian doctor who says he has ordered the castration of Russian soldiers has been widely circulated on both Russian and U.S. social media networks

A Ukrainian doctor overseeing the treatment of patients at a mobile hospital in eastern Ukraine has revealed during a television interview that he has ordered the castration of captured Russian soldiers.

Speaking to TV host Yevgeny Kiselyov on the Ukraine-24 news channel, Gennadiy Druzenko explained he had given “strict orders” to disfigure Russian prisoners of war, who he referred to as “cockroaches.”

“I have always been a great humanist and said that if a man is wounded, he is no longer an enemy but a patient,” Druzenko told viewers.

“But now, [I have given] very strict orders to castrate all [captured Russian] men, because they are cockroaches, not people,” he added.

Druzenko has worked with hundreds of medics at the First Voluntary Mobile Hospital established in eastern Ukraine in 2014, treating casualties of the ongoing conflict within the Donbass region.

In a message to Russian President Vladimir Putin, Druzenko warned that Russians will die “in large numbers” in Ukraine.

“Those who [come here] will remember their nightmare on Ukrainian soil like the Germans remember Stalingrad,” he added.

Druzenko is no stranger to Western media, and has appeared on CNN with Fareed Zakaria where he was hailed as an “intellectual.”

A screen grab of his appearance also described him as a “medical angel.”

U.K. and U.S. intelligence reports published last week suggested that up to 28,000 Russians had either been killed or wounded during the conflict which began on Feb. 24.

The pro-Kremlin Russian newspaper Komsomolskaya Pravda appeared to report similar figures in an article published on Monday, which put Russian losses at 9,861 dead and 16,153 injured. The article was heavily edited to omit the statistics after being picked up by Western press. 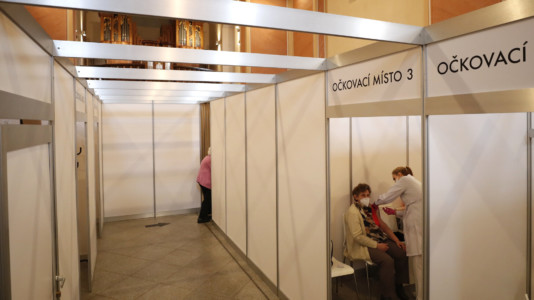