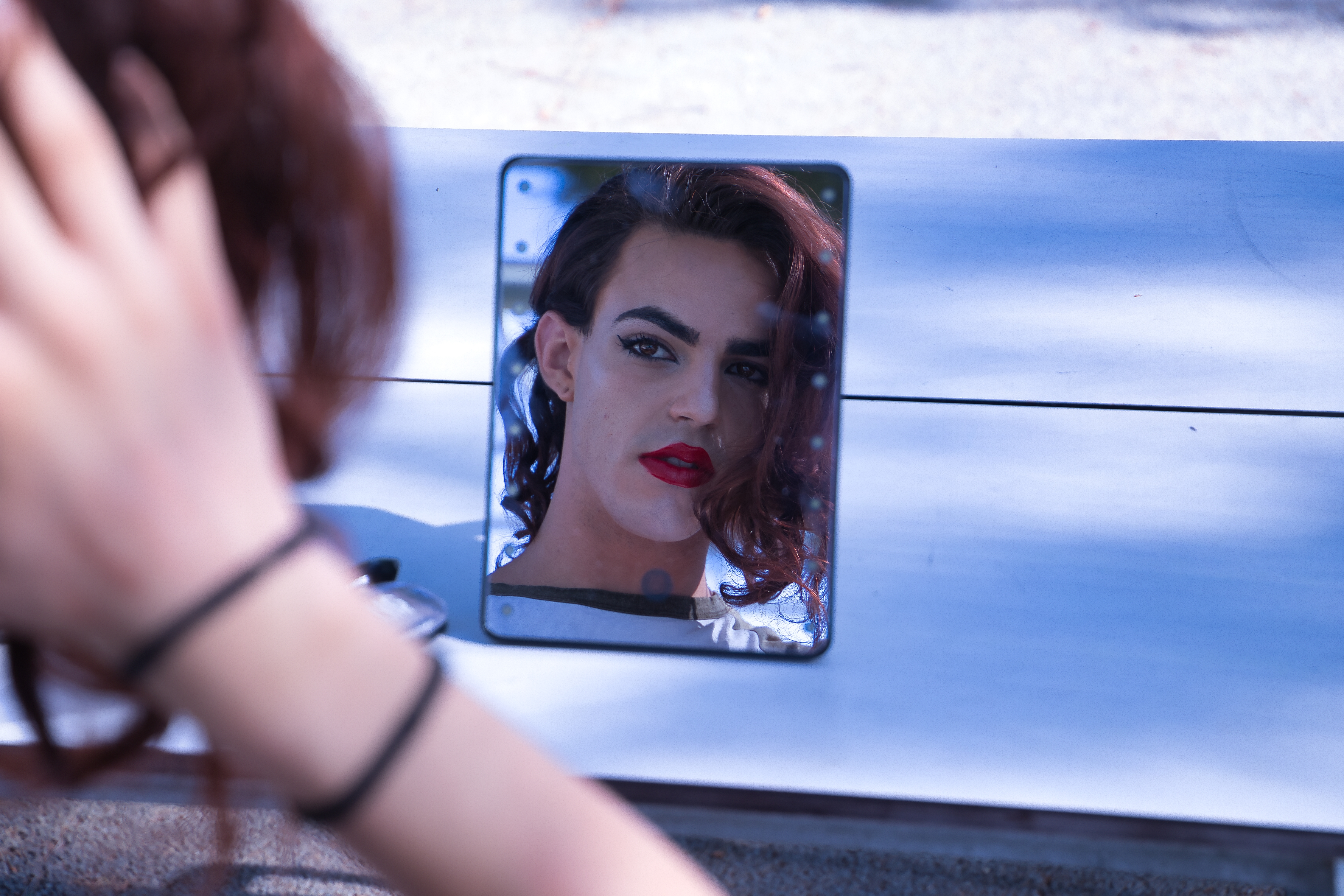 Spain’s main mental health specialists’ organizations published a stark warning in the El Mundo newspaper on Oct. 17 against the governing coalition’s draft “Trans Law” which is about to be passed in the Spanish parliament. The “Law for Real and Effective Equality of Trans People and for the Guarantee of LGBTI Rights” will introduce the right to “gender” self-determination in Spain at a time when other countries are backtracking on their own laws based on gender ideology.

“It ‘jeopardizes the comprehensive medical care to which all children are entitled. It ignores that ‘in all judicial decisions relevant to the life of the minor, the best interests of the minor must prevail.’ And it ignores that countries such as ‘Finland and the United Kingdom have moved from quick and invasive models to others that are more reflective and linked to Mental Health’,” wrote El Mundo on Oct. 23 quoting Luisa Lázaro, the president of the Spanish Association of Adolescent and Child Psychiatry (AEPNyA).

In other words, the law is being protested by the country’s own medical professionals. 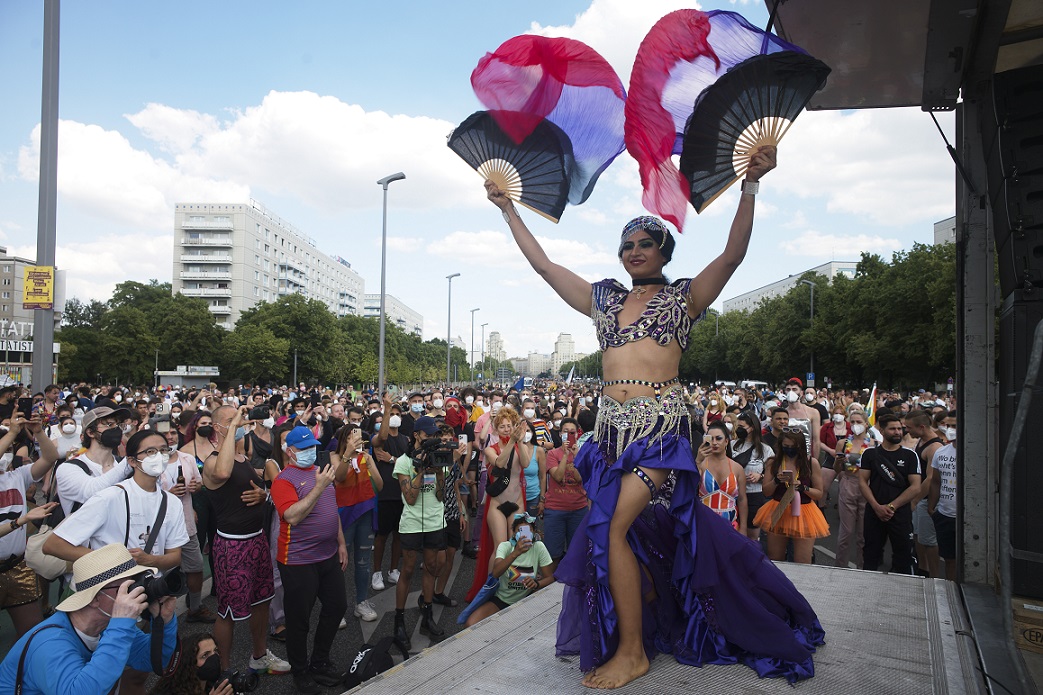 The so-called “Trans Law” is a draft law penned by Equality Minister Irene Montero of the far-left party Podemos and supported by Socialist Prime Minister Pedro Sánchez despite strong opposition from within his PSOE party ranks, in particular from the party’s feminists, such as the Sánchez government’s former vice-president (from June 2018 to July 2021), Carmen Calvo, a PSOE MP who now chairs the Equality Committee in the Congress of Deputies, the lower house of Spain’s parliament.

If adopted, the Trans Law will allow anyone over the age of 16 to change their “gender” at will and to be treated as if belonging to the opposite sex, including in relation to accessing toilets or changing rooms as well as taking part in sports competitions — just to name a few examples. Children aged between 14 and 16 will need their parents’ consent and those aged between 12 and 14 will have to get a judge’s approval for their requested “gender change.”

As we wrote in Remix News last August, this radical “Trans Law” is likely to have a chilling effect on freedom of expression and parental rights and will lead to new forms of discrimination.

Due to the societal risks, the draft law pushed by Spain’s current socialist-communist government has been criticized by the General Council of the Judiciary (CGPJ), which is the Judiciary’s supervising body, and by the Council of State, the main advisory body to the executive branch, and also by several feminists organizations, including the PSOE’s Association of Socialist Feminists (Femes). 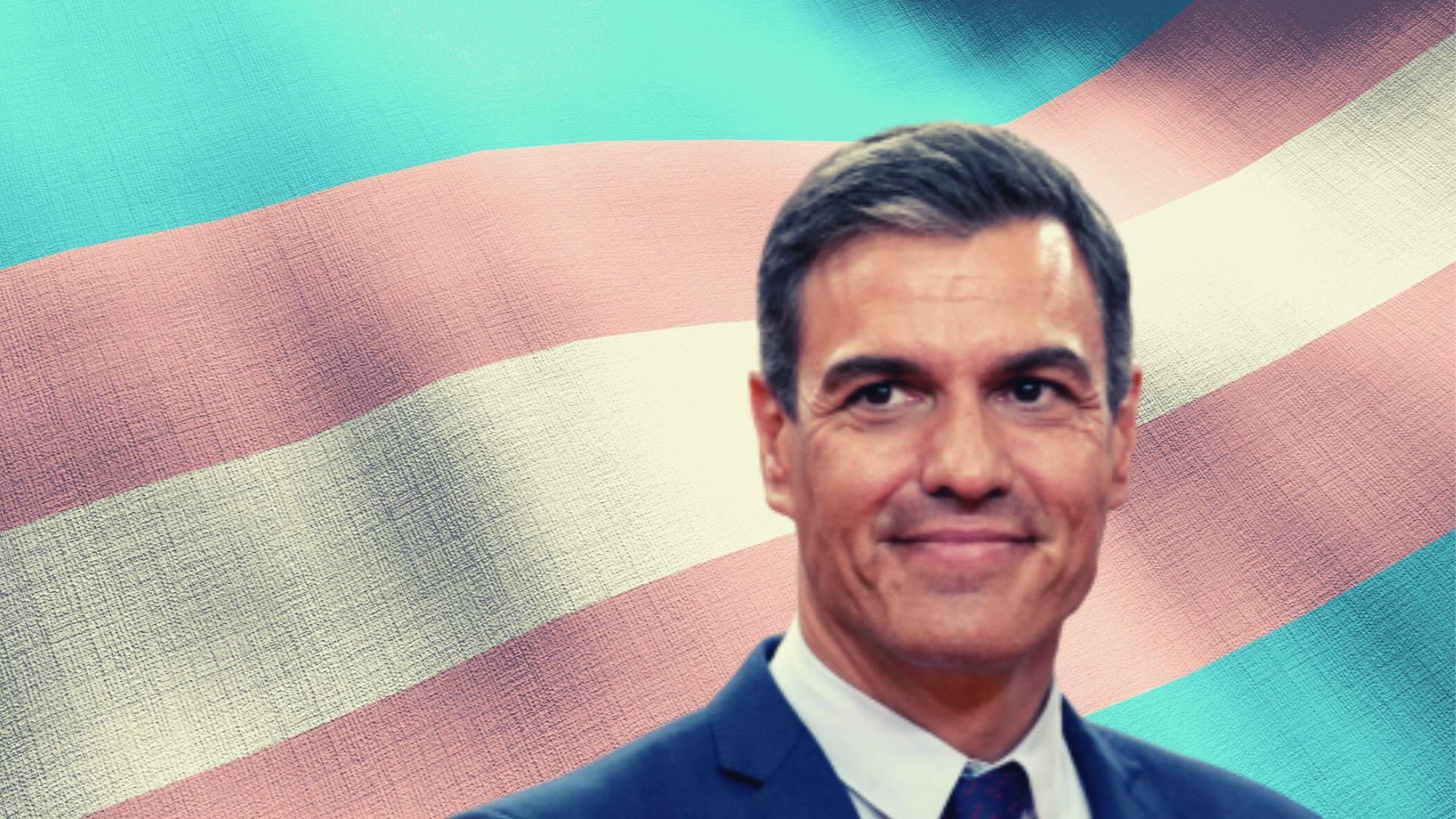 In Spain, 16-year-olds will soon be able to change their gender without their parents’ consent

The Spanish government wants to quickly pass a discriminatory and liberty-killing law in favor of the affirmation of LGBTIQ identities, blatantly ignoring the criticism coming from the top judiciary bodies and even left-wing feminist associations

Apart from the country’s main mental health societies, including the aforementioned Spanish Association of Adolescent and Child Psychiatry and the Spanish Society of Psychiatry and Mental Health (SEPSM), Spain’s draft Trans Law has been harshly criticized by the Endocrinology Society and even the College of Physicians of Madrid, who already notes that “there is an avalanche of young people with disorders who are looking for a magical solution in the trans identity.”

Part of the concerns of the health professionals’ organizations stems from the fact that, once adopted, the new law will prohibit mental health professionals from intervening in the process of “gender self-determination” of minors, leaving teenagers the exclusive capacity to choose whether they want to initiate sex change treatments, which health professionals say is “an outrage” that is committed “following ideological and not scientific criteria,” and which “can bring much pain and regret to many people.”

Luisa González, the vice-chair of the College of Physicians of Madrid, claims that “there is no science to justify legislating in this way,” that “there is no scientific consensus” on the treatments that the law “applies blindly,” and that the regulation, as promoted by the Spanish government, “prevents professionals from working, violates the human rights of minors by preventing their care, and even usurps the parental authority of parents.”

The law will make Spain the tenth country in Europe to allow for “gender self-determination” by simply submitting a declaration to the civil registry, the other ones being Belgium, Denmark, Iceland, Ireland, Luxembourg, Malta, Norway, Portugal, and Switzerland. However, apart from Norway and soon Spain, no other country allows minors to change their “gender” without their parents’ consent. 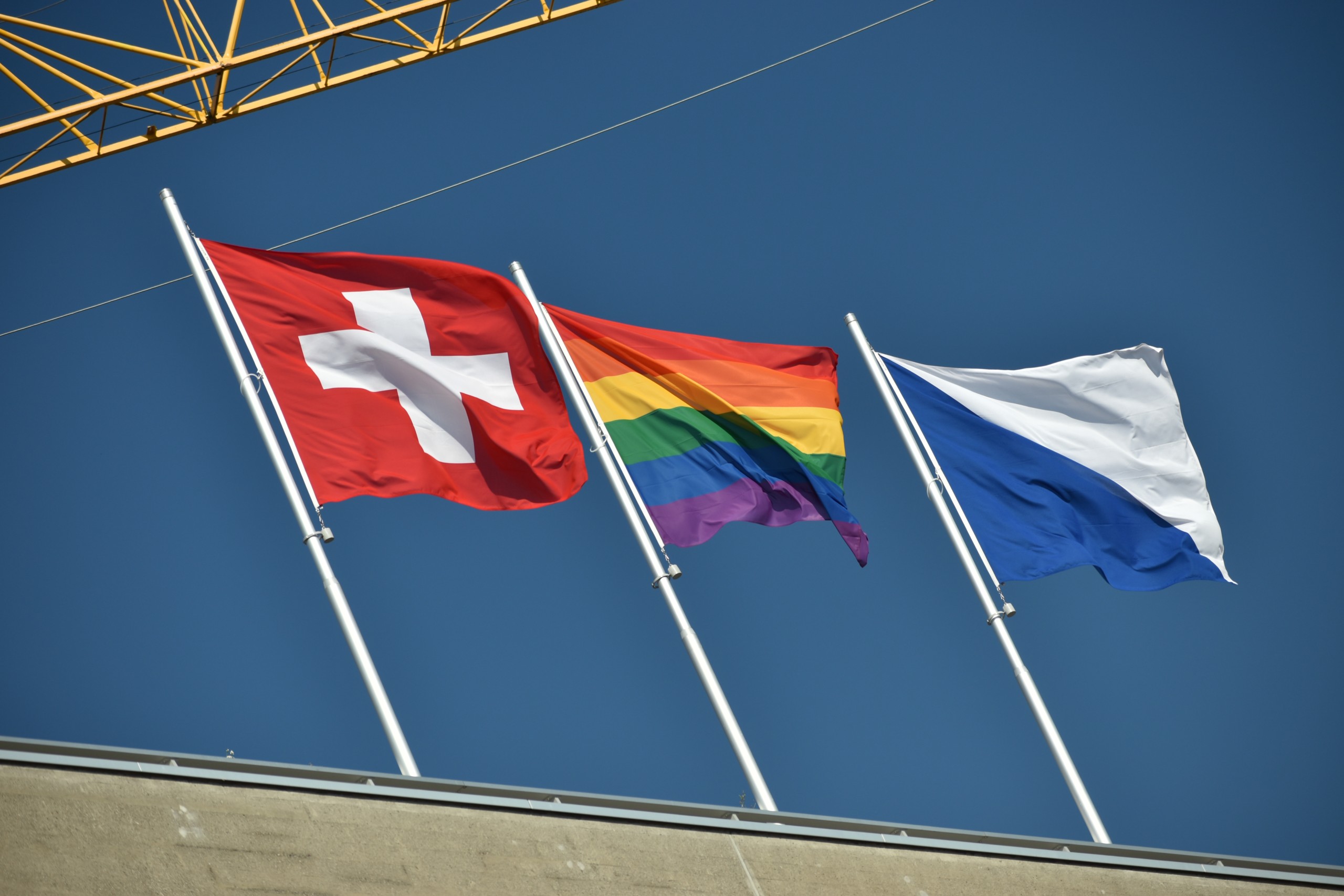 On Oct. 26, Sánchez’s socialists asked for a delay in the voting of the bill in parliament to give time for amendments that will give it “legal security,” as it is expected that the right-wing opposition will question its constitutionality. They won the vote against their far-left ally Unidas Podemos with the support of the center-right People’s Party (PP), and the move has sparked anger in the ranks of Unidas Podemos, with Equality Minister Irene Montero saying: “We will not accept a single setback in rights after the law has been agreed in a very tough negotiation within the government,” and “we should not make LGTBI people wait any longer.”

The PSOE’s declared goal, however, is to have the dangerous law — being fought both by medical professionals and concerned parents across the nation — approved by the Cortes Generales (the Spanish parliament) before the end of the year. To do so, it will have to secure the support of the left-wing, regional pro-independence parties from Catalonia and the Basque Country.

Unlike Hungary’s child protection law, Spain’s Trans Law will not lead to any withholding of EU funds from Brussels, as Spain’s anti-science, pro-trans law is in line with the European Commission’s professed ideology. Hungary is currently facing billions in cuts, and its position on trans issues plays a major role in left-liberal efforts to financially throttle the country.

Discriminatory laws of this type already exist in Spain, but until now they have been adopted only in some regions, including in regions governed by the center-right Popular Party (PP). This is the case in the Madrid autonomous community, governed by the PP, where local party leader and regional president, Isabel Ayuso, allegedly one of the PP’s most right-wing leaders, refuses to revoke the LGBT law that was voted with her support in the Community of Madrid under the presidency of Cristina Cifuentes, also from Ayuso’s PP.

On Oct. 21, the issue of the LGBT and “trans” laws of the Community of Madrid opened a rift between the regional government and the parliamentary group of Vox. The issue was put back on the table a few days later by Vox’s regional parliamentary spokesperson and provincial party leader Rocío Monasterio who asked Ayuso to repeal the Madrid Trans Law.

“The Trans Law of the Community of Madrid is even more aggressive than that of Irene Montero,” Monasterio explained on El Toro TV on Oct. 28.

Cifuente’s and Ayuso’s Trans Law is “more aggressive” because it allows “to apply hormone treatments at a very young age, and there is no way back,” the woman from Vox said.

As Monasterio explained, “Madrid’s Trans Law dictates that if a child indicates that he or she wants to be trans in front of a social worker, the social worker should fill out a report that goes to a medical center where a doctor has the obligation not only not to oppose the gender change, but will also be required to treat that child with hormones, even if his or her parents are opposed to it. If the parents object, the government of Madrid and the social worker can start a judicial procedure to take the child’s custody away from the parents, because gender identity, what the child wants, is ‘above everything else’.” 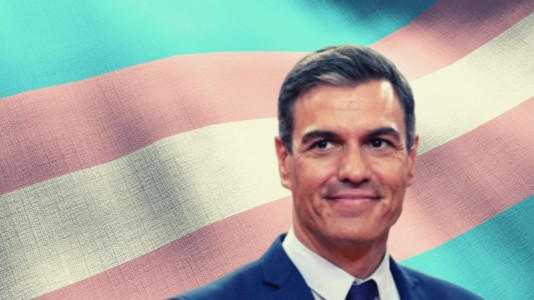 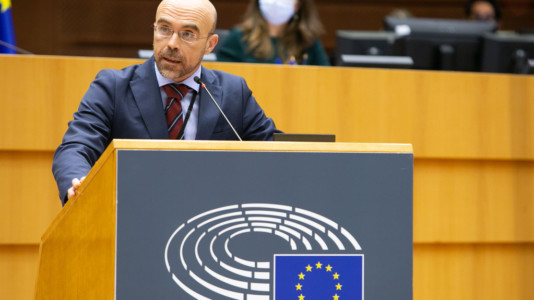 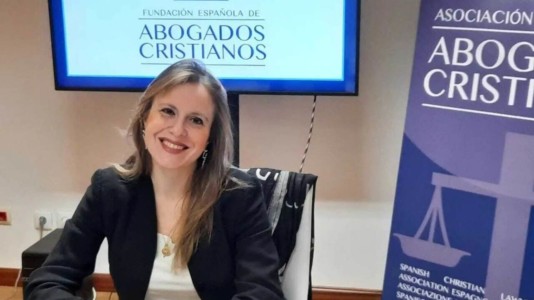 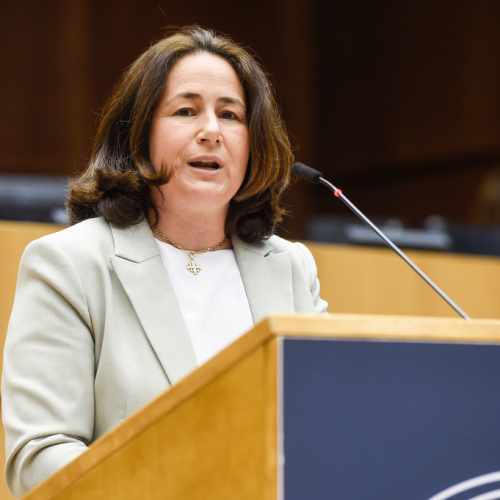