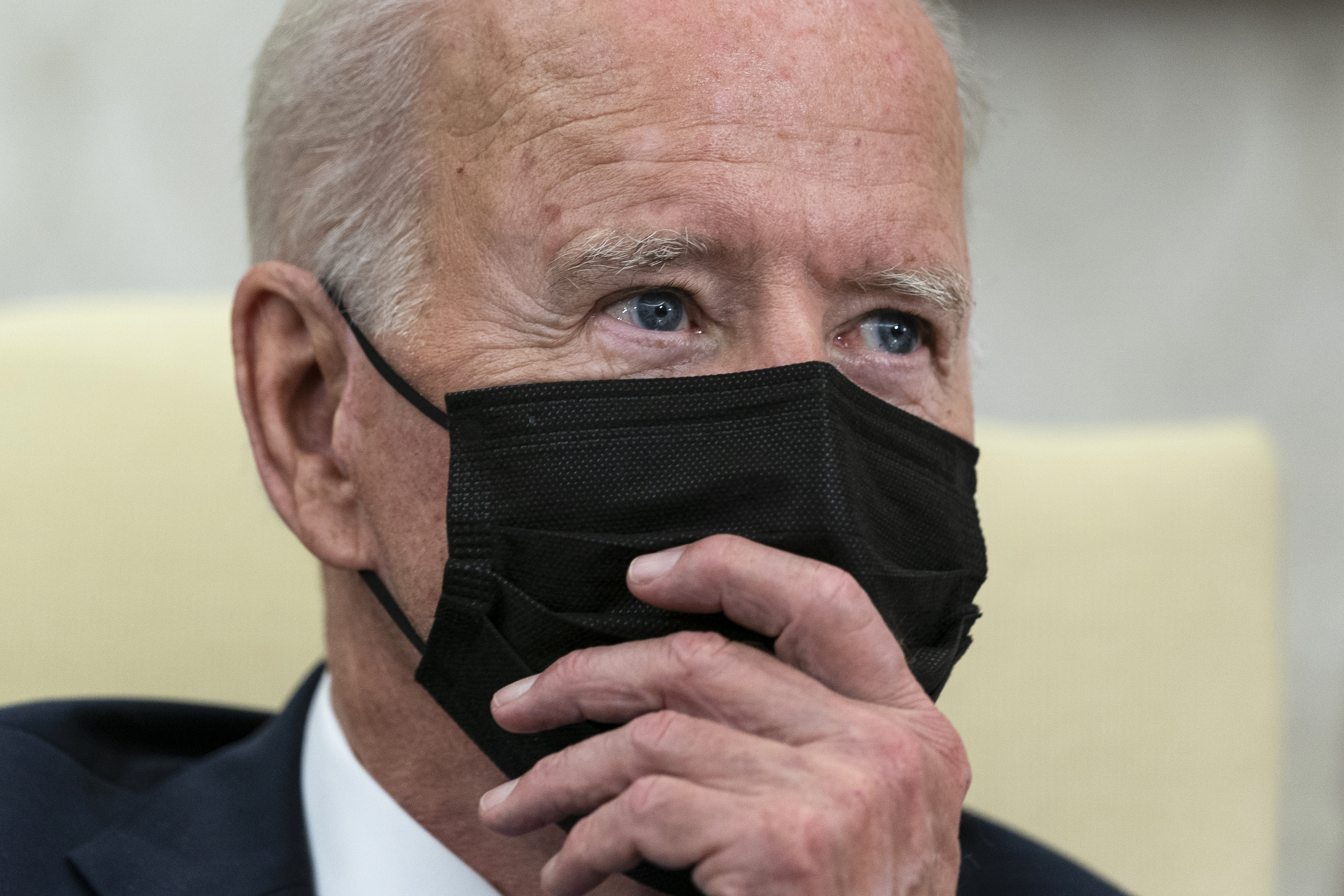 President Joe Biden listens to a question during a meeting with British Prime Minister Boris Johnson in the Oval Office of the White House, Tuesday, Sept. 21, 2021, in Washington. (AP Photo/Alex Brandon)

Last week, President Joe Biden sent shockwaves through the NATO alliance with the announcement of the formation of a new military and defense cooperation between the U.S., Australia and the United Kingdom, which includes a massive U.S.-Australian deal on submarines that cut France out of the picture. The move, which generated substantial backlash from other NATO allies, particularly from France, is being portrayed as a wake-up call for those who believe NATO is still relevant.

Of course, there is the usual posturing from China, whose aggressive expansion the above nations are trying to neutralize through strengthening the Pacific region’s nuclear submarine fleet, but the North Korean dictator could not resist firing a few expensive missiles in the air as a warning either.

No one was really expecting France, which is the biggest loser of the nuclear submarine deal between the three countries, to be happy about the announcement that France’s deal to provide the Australia Navy with diesel-electric submarines, worth in the region of $40 billion to $50 billion, has been unceremoniously scrapped. But similarly to NATO’s disastrous Afghanistan withdrawal, the Biden administration has managed to turn an entirely legitimate foreign policy decision into a diplomatic and strategic shamble.

Just as a few months earlier in Afghanistan, one of the largest defense procurement projects and military initiatives of the decade was announced without proper consultation with the U.S.’s European allies, giving the impression that the French were completely taken off guard by the decision. Although the Australians defended their sudden change of heart by saying that they have given ample early warning to the Macron administration regarding their plans, it that these are fairly feeble explanations.

The tantrum that the French president threw upon learning he has been left out of the deal is completely understandable in view of the hundreds of jobs being lost in French shipyards and tens of billions in lost revenue only months before the presidential elections in April 2022. Marine Le Pen, Macron’s main presidential rival, did not fail to seize on the incident by claiming that this is a “political disaster” and “a public humiliation” for France, as well as a “very serious attack on its image as an industrial power”. She declared it a diplomatic failure stemming from Macron’s arrogance, which will have dramatic consequences for the French industry.

Le Pen could be right in thinking that Macron’s decision to withhold a shipment of Covid-19 vaccines destined for Australia earlier this year could have made such a decision for their Australian counterparts much easier. And there is, of course, no love lost between the French and the Boris Johnson government either, since the French government has done everything in its powers to make life harder for the British during Brexit negotiations, with meddling in Scottish and Northern Irish affairs, and of course, escorting thousands of illegal migrants through the Channel to enjoy the hospitality of the British welfare system.

Following France’s failure to secure the submarine deal, Macron got European Commission president Ursula von der Leyen to stand up for him, which she duly did by saying, “One of our member states has been treated in a way that is not acceptable”, but not much else came Macron’s way in terms of support or sympathy.

It is hard to blame President Biden personally for the huge rift that had opened up between the NATO allies considering that he could not even remember the name of Australian Prime Minister Scott Morrison during their live video conference. But whoever is behind the AUKUS deal within the US administration will have to pick up the tab for yet another major foreign policy mistake in the space of just a few months. Here, just as in the case of Afghanistan, Biden is sending out a message to his global allies that he is not a partner to be trusted.