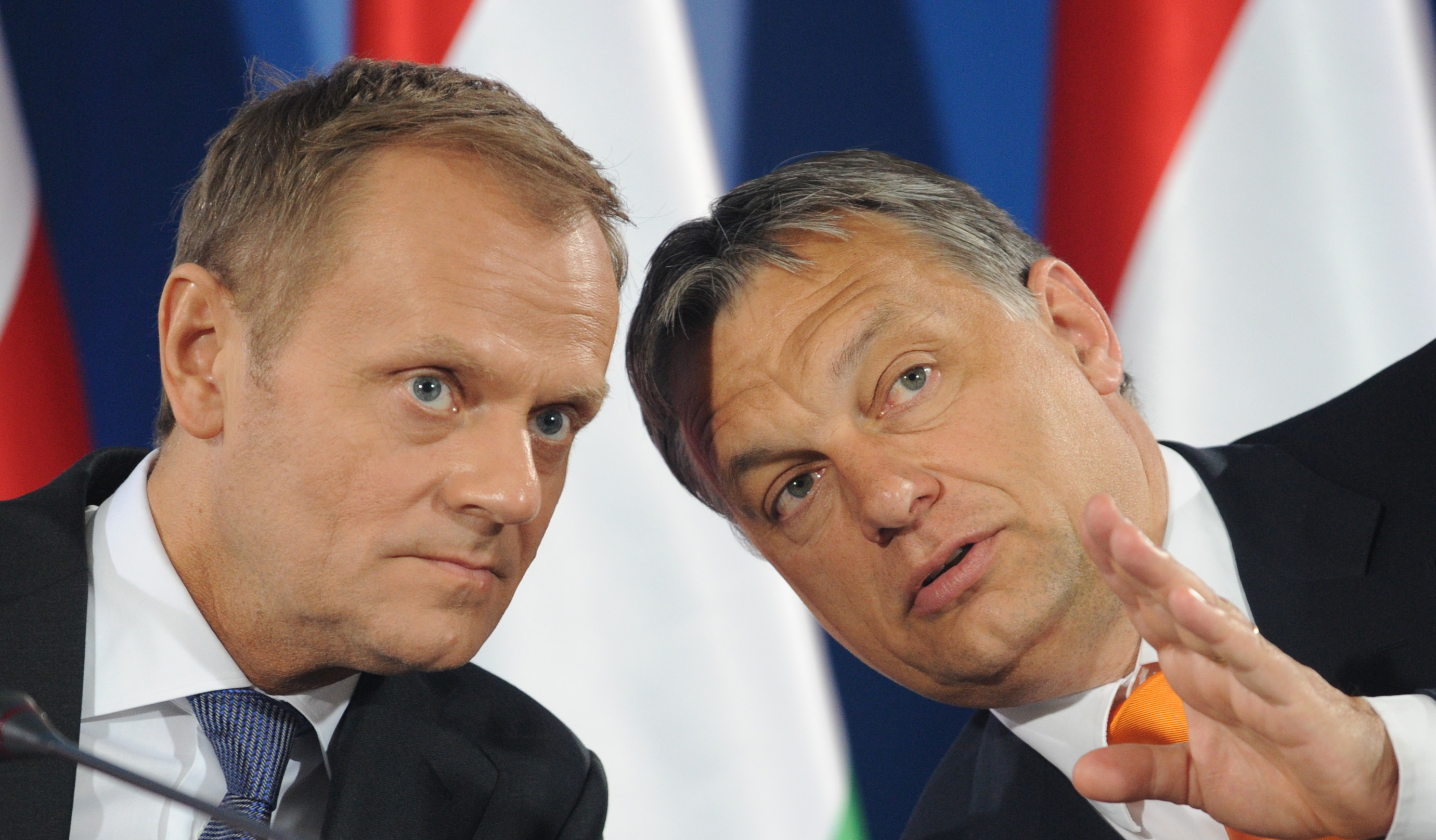 “Unfortunately, Donald Tusk has created a sorry and pathetic situation in several respects in the EPP,” Deutsch said. “The veterinarian’s horse is the issue Fidesz is facing.” (Editor’s note: A “veterinarian’s horse” is a Hungarian expression for something that has all possible problems and symptoms).

Deutsch also described Tusk as “a liberal elephant in a Christian-Democratic China shop.”

Magyar Hírlap noted that the case of Fidesz, whose membership in the European People’s Party was suspended by mutual agreement in March of last year, was again brought up by former Austrian Chancellor Wolfgang Schüssel, who in an interview this past Sunday told Presse am Sonntag, the weekend edition of Austrian paper Die Presse, said that the election of Tusk as EPP president last November has effectively halted a reconciliation process between the EPP and Fidesz that was well underway.

Schüssel, together with Herman Van Rompuy and Hans-Gert Pöttering, was one of the “three wise men” of a committee designated by the EPP to defuse the tension with Fidesz and compile a report. Schüssel said in the interview that during former EPP President Joseph Daul’s tenure that “intensive, emotional discussions” were a promising sign towards a compromise, but it all came to a standstill when Tusk was elected party president.

Van Rompuy responded to the Schüssel interview with a tweet on the EPP’s Twitter page, saying that “because of the disagreement in the Committee on a common approach, it was me who proposed to end the work of the committee. It simply made no sense to continue this work,” Van Rompuy wrote.

“Donald Tusk is dismantling the European People’s Party with quite some intensity, [and] the president has by now become the biggest problem of the party family,” Deutsch said. “During the pandemic that shook the whole world, Tusk’s activities were reduced to attacking the Hungarian government with the starkest lies and fake news, going as far as essentially calling Prime Minister Viktor Orbán a Nazi.”

Deutsch was referring to Tusk’s interview with Germany’s Der Spiegel magazine in April where the EPP president, while commenting on the Hungarian government’s handling of the coronavirus pandemic, said that prominent Nazi legal scholar Carl Schmitt would be “proud” of Orbán.

Tusk went so far as to suggest that Hungary’s Fidesz party should be expelled from the EPP entirely over Hungary’s coronavirus emergency law. Liberal outlets and NGOs aggressively criticized the law, claiming that Hungary was now an “authoritarian” state and that Orbán would have “indefinite” powers.

“The People’s Party must be liberated from being a hostage to Polish domestic policy,” Deutsch said. “It is time to finally launch the debate about the foundations of the party’s future strategy.”

Hungarian government says it was unfairly attacked during coronavirus crisis

Orbán’s government said that its coronavirus emergency law was narrowly tailored to fight the coronavirus, did not dissolve parliament despite false media reports to the contrary, and has since handed back the emergency powers after the spread of the coronavirus was brought under control within the country.

“The extraordinary rule was the best decision, but it is no longer necessary,” Orbán said upon announcing the end of extraordinary rule in May. “If one can say anything good about an epidemic, it is [the fact] that the country has mounted a successful defense and, on top of that, our defense was superior to many more fortunate, more affluent countries.”

Up until now, Hungary has had one of the most successful responses to coronavirus in the entire EU in terms of death and infection rates. It is also expected to suffer one of the mildest drops in GDP, all factors that the government asserts support the measures it took during the crisis.

European Commission legal experts also found that Hungary violated no EU guidelines or rules with its emergency powers. The report also pointed out that the additional powers awarded to the Hungarian government during the crisis were not unique and paralleled emergency laws of several other EU countries, including France and Romania, which also saw restrictions on fundamental rights. During the entire crisis, civil rights were suspended across the EU, including the right to protest or even meet in groups.

Orbán previously wrote in an open letter last month to the EPP that the “damage cannot be undone” over the EPP’s criticisms of Hungary as it sought to navigate the coronavirus crisis.

“At a time when we are concentrating on meeting the challenges of the coronavirus epidemic worldwide, when human lives are at stake, a coordinated attack was launched against us – with no genuine basis,” Orbán wrote. “Me and my country have been attacked unjustly and based on biased ideological propaganda already before but this one was the most cruel and cynical I experienced because it deliberately disregarded that the government which was targeted was desperately fighting for saving human lives.”

The Hungarian prime minister has previously suggested that he might take his party out of the EPP, and warned that the EPP “is getting more and more liberal, socialist and centrist,” and not preserving its original values. As a result, the party is “shrinking, it is losing its influence, positions, and seats in the European Parliament.”

“If the EPP’s line remains the same, there will be a need for a new Christian-Democrat initiative in European politics,” Orbán said.