EU Chief Ursula von der Leyen is looking to use cash to convince the EU member states to resettle Afghan asylum seekers, promising generous financial incentives to countries that do so. 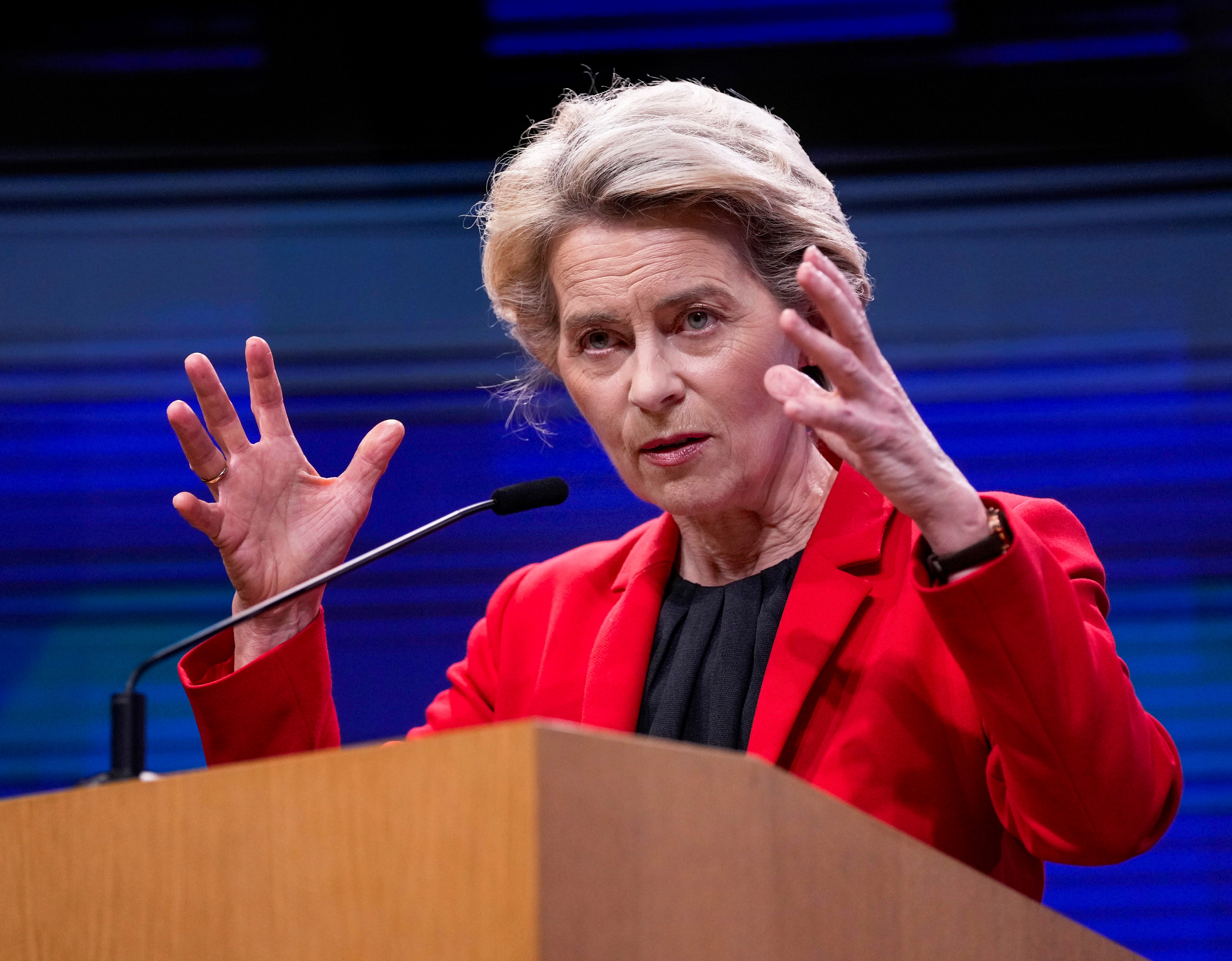 European Commission President Ursula von der Leyen speaks during a media conference, after a virtual G-7 meeting on the ongoing crisis in Afghanistan, at the European Council building in Brussels, Tuesday, Aug. 24, 2021. G-7 leaders met Tuesday, in virtual format, for crisis talks on Afghanistan. The country's burgeoning refugee crisis, the collapse of its government and fears of a resurgence in Afghan-based terrorism have left the G-7 allies scrambling and threaten the unity of the bloc. (AP Photo/Francisco Seco)

European Commission President Ursula von der Leyen is looking to use cash to convince the EU’s 27 member states to resettle Afghan asylum seekers, promising generous financial incentives to countries that do so.

Von der Layen, who is well-known for supporting radical migration policies, made her remarks on Saturday while speaking alongside European Council President Charles Michel and Spanish Prime Minister Sánchez at a reception center for Afghan EU employees at the Torrejon Air Base in Spain, the Paris-based newspaper Le Figaro reports.

“I call on all the states which participated in the missions in Afghanistan, the Europeans and others, to grant sufficient reception quotas so that collectively, we can come to the aid of those who need protection,” the EU chief said.

“The Commission is ready to consider the budgetary means necessary to support the EU Member States that will offer to help refugees settle on their territory,” she added.

Presently, it is not entirely clear which EU member states have signed on to the scheme that would see a new wave of Afghan asylum seekers resettled on European soil, and which ones have rejected it.

Offering large sums of money to nation-states to persuade their leaders to house migrants is nothing new for the European Union. In 2016, amid Europe’s first migration crisis, the EU handed over billions of euros to Turkish President Recep Tayyip Erdogan with the hope that he would stop millions of Middle Eastern migrants from flooding Europe – a deal that Hungarian Prime Minister Viktor Orbán warned against.

Earlier this year, the European Union agreed to extend the migration deal with Turkey, pledging to send another €3 billion over the next few years.

As Remix News has previously reported, European leaders from Madrid to Moscow have warned against the resettlement of thousands of Afghan migrants and asylum seekers throughout the continent, with many arguing that another migrant influx could result in drastically reduced security.

“We have taken in over 40,000 Afghans in Austria in the last few years and beyond. We are one of the countries with the largest Afghan community,” Kurz said.

“There are still big problems with integration and we are therefore against an addition inclusion,” the Austrian leader added in a later post to social media.

Several media reports which have come out in the past few days have revealed that radical Islamists, previously deported criminals, and individuals believed to have been members of the Taliban have managed to reach Europe after hopping aboard evacuation flights out of Kabul.

Last week an Afghan criminal who has been recently deported from Germany for committing serious crimes was discovered to have made it aboard an evacuation flight after the plane had touched down in Germany.

In the UK, it emerged this week that a suspect on the country’s no-fly list manage to land in Birmingham after he was allowed on a military evacuation flight out of the Afghan capital. After being briefly detained by UK border authorities, the man was eventually allowed to enter Britain.