We need 400,000 immigrants a year, claims the head of German labor office 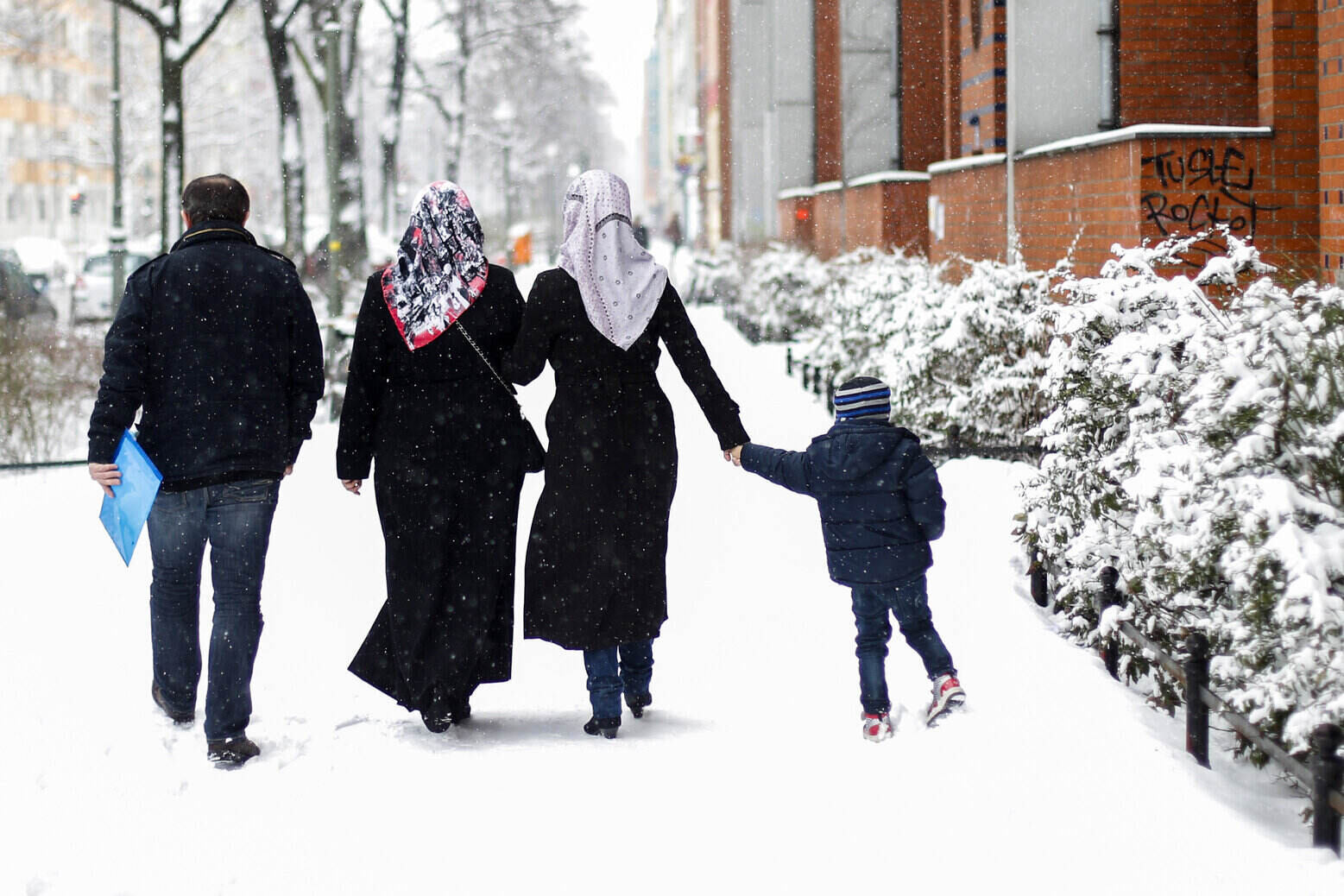 FILE - In this March 19, 2013 file photo, women with traditional head scarves walk on a snow covered sidewalk in the Kreuzberg district of Berlin, Germany. Germany's experience with "guest workers" offers lessons for the United States as it debates immigration reform, including whether to provide a path to citizenship for unskilled foreign laborers. (AP Photo/Markus Schreiber, File)

Despite evidence that Germany’s exisiting migrant population is poorly integrated and costing the state billions in taxpayers’ money, the head of the country’s Federal Labor Office, Detlef Scheele, claims that Germany needs around 400,000 immigrants a year to have a sufficient workforce.

Scheele, in an interview with the German newspaper Süddeutsche Zeitung, made his case by saying he was talking about targeted immigration to cover gaps in the labor market, not about granting asylum to refugees.

“From nursing services to air conditioning technicians to logistics and academics – there will be a shortage of manpower everywhere,” Scheele said. “We can stand up and say we don’t want any foreigners, but it doesn’t work,” he said, addressing possible resistance to immigrants.

“The fact is that Germany is running out of labor,” he added.

“When refugees from Afghanistan set off, Germany should do its part to take them in.” For him, it is not about asylum, “but about targeted immigration to fill the gaps in the labor market.” In addition, the federal government must ensure that unskilled workers are qualified and employees who involuntarily work part-time can work longer.

Does Scheele’s argument add up?

Scheele’s idea that 400,000 migrants can head to Germany every year and save the economy may be overly simplistic and is most certainly not taking all potential factors into consideration. For example, the German government’s own statistics show that a majority of migrants already in the country are not entering the job market. Those that do are often in part-time jobs, many of which migrants only hold for short periods of time.

The idea that they will also make up for the shortfall in pension budgets may also be misleading. The German government is spending billions to integrate the migrants already in the country. In 2018, the German government spent a record €23 billion on migrants, including rent subsidies, jobless payments, language lessons, and other benefits. That figure does not account for what individual states spent either, with Hamburg’s government releasing data showing it spent €5.35 billion on asylum seekers between 2015 and the end of 2019.

Other hidden costs include more crowded hospitals, increased housing and rental prices for Germans, larger class sizes, increased crime, and expensive terrorist investigations that have saddled Germany’s security services. For example, in Berlin, the capital of Germany, half of all rape suspects are migrants, underlining that the costs of migrants are not only financial, but touch on issues of public safety and the trauma that can follow from being the victim of a serious crime.

Germany is not the only country facing these issues. Norway has reported that many of its migrants may never be self-sufficient, with only half working despite the country spending over €6 billion on workforce integration. Sweden also reported the same problems, pointing out that the number of foreigners living on benefits has risen dramatically and that many of them may never become productive members of society.

Sweden, once the most welcoming country in Europe to refugees, now warns against accepting Afghans, pointing out in a new major report that only one-third of the Syrians in the country are self-sufficient, with many of them costing billions in taxpayer benefits. Austria itself has pointed to tremendous problems with integration, including surging crime from the migrant community and many households not speaking German at home. The country’s leader, Sebastian Kurz, has rejected the notion that his country will receive any more Afghan migrants.

These countries, which are facing the same employment shortfalls as Germany, are, unlike Scheele, saying no to Afghan migrants even if they would theoretically skew the demographic profile lower. The same thinking also applies to peoples from a range of countries from Africa and the Mddle East.

Scheele does, however, point to real problems. He predicts that the number of potential workers in the traditional productive age would fall by almost 150,000 this year in Germany.

“It will be much more dramatic in the coming years,” he said. “Germany can only solve this problem by training unskilled people and retraining those whose jobs have been lost, by allowing women who work involuntarily part-time on a full-time basis and, above all, by bringing immigrants into the country,” he added.

Unlike Germany, Hungary has embarked on a program to shore up its own labor market by promoting large families through government incentives, with Hungarian Prime Minister Viktor Orbán stating in 2018, “In all of Europe there are fewer and fewer children, and the answer of the West to this is migration. They want as many migrants to enter as there are missing kids, so that the numbers will add up. We Hungarians have a different way of thinking. Instead of just numbers, we want Hungarian children. Migration for us is surrender.”

The Federal Statistical Office announced in March that 11.4 million foreigners lived in Germany at the end of last year. Year-on-year, their number increased by 204,000, by 1.8 percent respectively, which was the least in the last ten years. The reason is the lower number of immigrants who come to Germany during the COVID-19 pandemic. In connection with the effects of the pandemic, the Office pointed to the temporarily closed borders and complicated conditions for immigration.

Title image: In this March 19, 2013 file photo, women with traditional headscarves walk on a snow-covered sidewalk in the Kreuzberg district of Berlin, Germany. Germany’s experience with “guest workers” offers lessons for the United States as it debates immigration reform, including whether to provide a path to citizenship for unskilled foreign laborers. (AP Photo/Markus Schreiber, File)