Every Czech has to help to tackle the epidemic, Prymula says 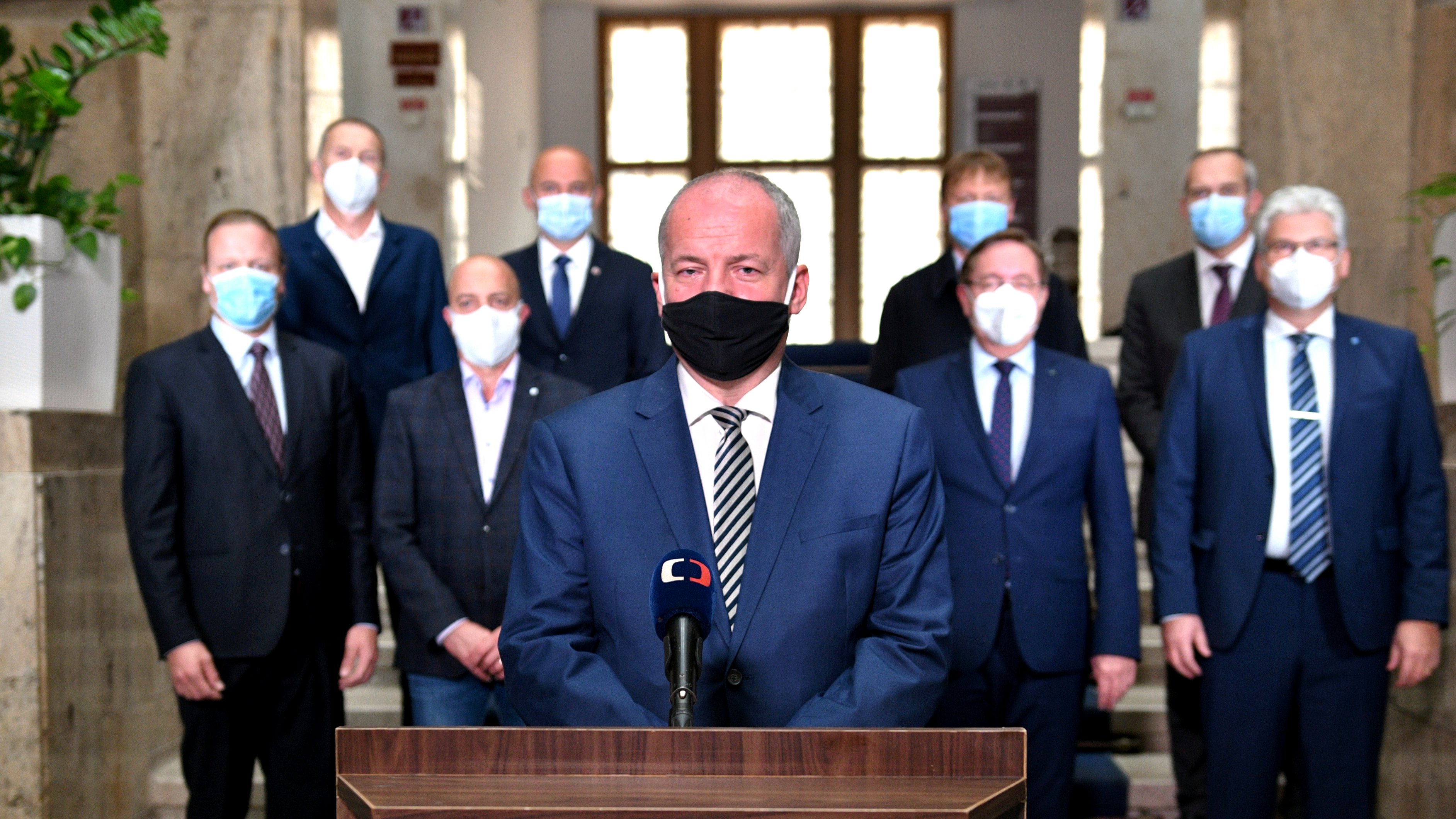 In his prime-time speech on Tuesday, Minister of Health Roman Prymula called on the Czechs to help him handle the coronavirus epidemic, which is not developing favorably in the Czech Republic. He also asked people to believe in the coronavirus measures and abide by them.

The Minister’s speech was broadcast by the three largest television stations in the Czech Republic, the Czech TV, Nova, and Prima, according to Czech news portal Novinky.

“Without the help of each of you, without your understanding of the rules and measures, without your trust that they make sense, and without following them, we will not defeat the virus. Please help me do my job. This is about all of us,” Prymula appealed to the Czechs.

The new measures come at a time of decreasing support of coronavirus measures among the Czechs. According to the survey conducted by the Public Opinion Research Center (CVVM), in June, 86 percent of Czechs believed in the effectiveness of measures against coronavirus, while in September, it was only 48 percent.

In contrast, the proportion of people who perceive the coronavirus measures as ineffective is gradually increasing. It rose from 11 percent in June to 32 percent in July and 44 percent in September.

Prymula admitted that he should have been more consistent in the summer and insist on the reintroduction of measures to prevent the start of the second wave that the Czech Republic has been facing since the beginning of September.

Critics claim that the government relaxed its coronavirus measures at the beginning of the school year in September, and since then Czechia has been reporting record numbers of new cases, hospitalizations, and deaths since then.

The epidemiological situation in the Czech Republic is currently one of the worst in the world but due to the success of the government’s measures during the first wave, the overall death rate from coronavirus in the country remains very low. At the same, countries across Europe are dealing with record increases in cases, including France.

We have difficult and unhappy weeks ahead of us, says health minister

“In the coming weeks, there will be a significant increase in the number of hospitalizations, severe coronavirus cases, and deaths. We have three difficult and unhappy weeks ahead of us,” Prymula said, referring to the model outlining the development of the situation until the end of the state of emergency, which is currently in effect until Nov. 3.

According to Prymula, everyone can contribute to tackling the pandemic and slowing down the spread of the virus in society. Otherwise, the situation will worsen, and winning over the epidemic would be nearly impossible.

This strategy stands on three pillars. The first is the “robust” strengthening of hospital beds capacity, crisis management in hospitals and the provision of sufficient funding. The second pillar concerns blanket testing, which should be free and voluntary and should help reveal a large number of COVID-19 patients. The third goal is to change the communication strategy of the health ministry and improve the way it shares information with the public.

Prymula gave his speech on the eve of new, stricter coronavirus measures coming into effect. From Wednesday, restaurants, as well as schools, except kindergartens, will close until Nov. 3. People will be allowed to gather only in limited groups of a maximum of six people. Leisure activities such as theaters, cinemas, museums and gyms and other sports areas are also closed.

As these measures naturally provoked criticism from the public, Prymula has promised citizens that the health ministry will continuously monitor the impact of the implemented measures and evaluate if they are necessary to stop the spread of the virus.

“If the situation allows it, we will immediately relax unnecessary measures,” minister Prymula promised, adding that the easing of the measures will also depend on the reproduction number. It is now around 1.5, and the government needs to get it to 0.8.