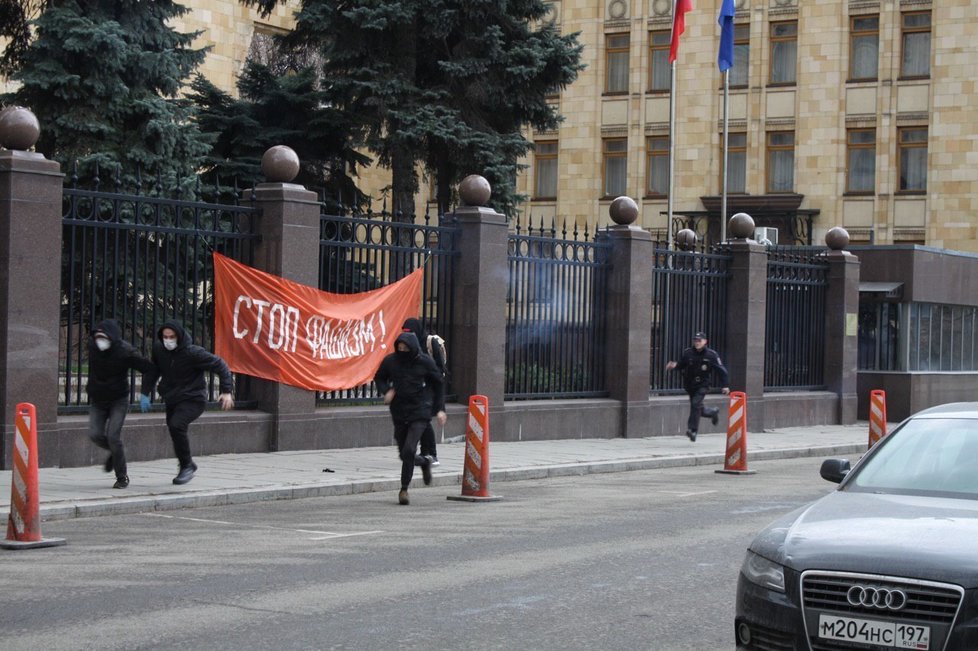 A far-left extremist group called The Other Russia has claimed an attack against the Czech embassy in Moscow over the removal of Soviet Marshal Ivan Konev’s statue from a Prague square, the Czech Foreign Ministry said.

The Embassy of the Czech Republic in Moscow sent an official note to Russian diplomats in protest against the attack.

The extremists threw a smoke bomb on the grounds of the embassy and hung a banner on the fence saying “Stop fascism”. On its website, a far-left group called The Other Russia claimed the attack.

The mayor of the Prague 6 district, Ondřej Kolář, said that the municipality was able to make such a prompt decision on removing the statue thanks to the state of emergency, which is currently in effect.

The statue will is set to be part of the collections of the Museum of 20th Century Memory in Prague, which is yet to be built.

“We agreed that the Museum of 20th Century Memory is the most suitable institution to exhibit the statue. The bronze statue of Marshal Konev will be the first piece exhibited in the museum. It seems symbolic to me,” stated Deputy Mayor of Prague 6 municipality district Jan Lacina.

However, Prague councilors have yet to decide on the location of the new museum.

In the meantime, the chairman of the Communist Party, Vojtěch Filip, described the whole process as shameful as Marshal Konev participated in liberating Prague from the Nazis in 1945.

According to The Other Russia group, removing the statue is part of the efforts of European states to revise the results of World War II. The group added that the Czech authorities deny the Soviets the credit for the fight against Nazism and, in doing so, justify the actions of Nazis.

Others point to the fact that Soviet forces later occupied the Czech Republic, which was Czechoslovakia at the time, and crushed a Czech rebellion against Soviet rule in 1968.

Marshal Konev is a controversial historical figure himself, as he also participated in the bloody suppression of the anti-communist uprising in Hungary in the mid-1950s.