Poland will look for COVID-19 vaccines outside the EU, announces Polish PM 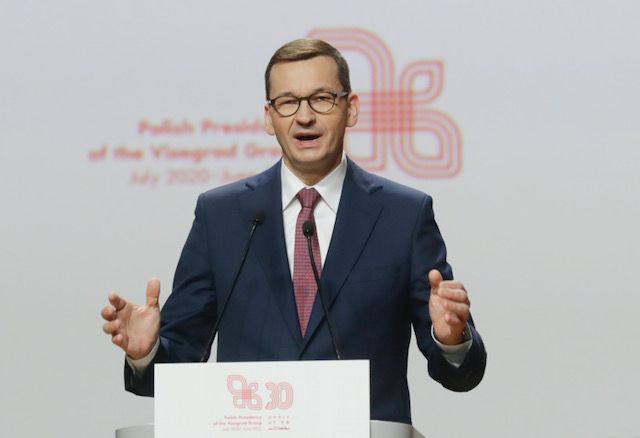 Polish Prime Minister Mateusz Morawiecki said on Thursday that Poland was looking for different ways to purchase vaccines globally, which would signal that the country is no longer relying on the European Union due to its alarmingly slow vaccine rollout.

“We are launching various trade channels to try to buy the COVID-19 vaccine worldwide,” Morawiecki said. He added that although Poland was working on an initiative to purchase more vaccines around the world, he was not sure if it would succeed. Poland’s ally, Hungary, recently approved Russia’s Sputnik V vaccine, and top officials in Czechia have signaled that they may follow suit.

The Polish prime minister visited a vaccination center at an International Conference Center in Katowice. He told reporters that Poland is not receiving enough vaccines and pointed to the European Commission’s failures in negotiations with suppliers as the reason, according to Polish news outlet Do Rzeczy.

Morawiecki called on the European Commission to “use its economic and financial power to force companies to realize their commitments”. He said that the lack of vaccine doses available to member states served as the primary bottleneck in an otherwise well-functioning vaccination drive.

The Polish prime minister thanked the President of the European Council Charles Michel, who was in Poland on Wednesday, for his efforts. However, Morawiecki related that it was up to the European Commission to pressure the Big Pharma companies responsible for producing the vaccines. He wanted to see the European Commission use all the legal instruments at its disposal to avoid further delays in supplies.

Morawiecki also expressed concern about the pandemic situation in Czechia and Slovakia where the new British and South African strains of the COVID-19 virus were fueling a rise in infections.

He warned that Poland may have to react quickly if the situation deteriorates. Poland took a decision to relax a number of restrictions a week ago after several weeks when the number of infections was gradually decreasing.

However, since the beginning of the week the rate of infections has been rising once again.