Polish PM: Lukashenko is merely a minion of Putin

Polish PM Mateusz Morawiecki warned that the illegal migrants brought to Belarus are being used as “live ammunition” to destabilize the situation in Poland, the Baltic States, and the entire EU 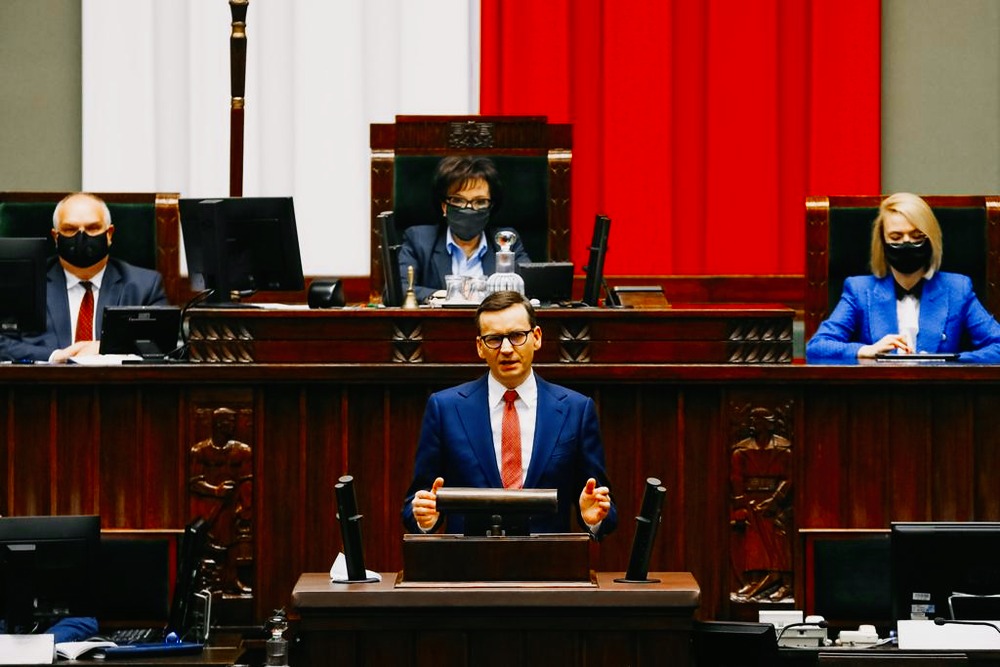 During an emergency session of the Polish Sejm, Prime Minister Mateusz Morawiecki shared frank opinions concerning the situation on the Polish-Belarusian border and what he says is Russian President Vladimir Putin’s role in the crisis.

“This is the first such situation in 30 years when we can say that the security and integrity of our borders are being brutally attacked and tested,” he said. The meeting was called after the exacerbation of the crisis on the Polish-Belarusian border.

Morawiecki went on to say that Russia’s imperialist policy is spreading like wildfire, and Moscow’s next steps are all part of a cynical game of chess. According to him, Lukashenko is merely the executor of missions entrusted to him by Russian President Vladimir Putin — missions that are meant to empower Russia alone.

The prime minister added that the exact same goal was fulfilled during the migration crises in 2015 and 2016.

Beyond the Eastern border, they know very well that if we are not united, it will be easy to break us apart and interfere with Poland’s sovereignty.

Morawiecki warned that the migrants being brought to Belarus from several Middle Eastern countries are simply being utilized as “live ammunition” meant to destabilize Poland, the Baltic States, and the entire EU.

“These are migrants, not refugees. This is worth pointing out once again, as some people continue to confuse these terms,” he stated.

During the parliamentary session, the prime minister also asked the MPs to be united when it came to the migration crisis, because Poland was being observed by both the East and the West.

“Beyond the Eastern border, they know very well that if we are not united, it will be easy to break us apart and interfere with Poland’s sovereignty,” he declared.

On Tuesday morning, the prime minister visited the Polish soldiers and police officers who are defending the Polish-Belarusian border.