While the Polish opposition undermined the government’s efforts during the migration crisis, the Lithuanian and Latvian oppositions stood behind their respective governments, writes Grzegorz Górny for portal wPolityce.pl 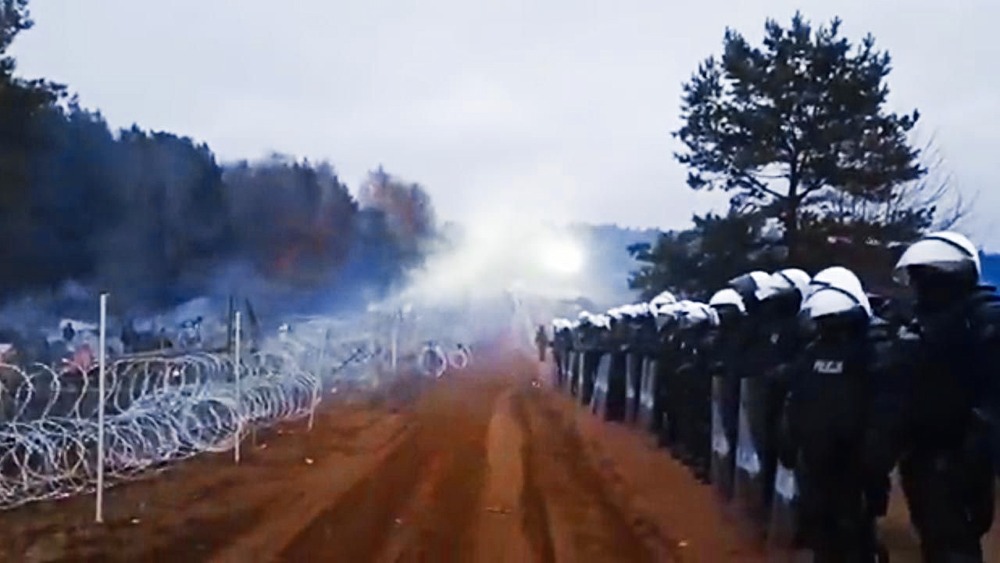 Alexander Lukashenko has been using migrants from Third-World countries as a weapon in his hybrid warfare against not only Poland but also Latvia and especially Lithuania. The difference between Poland and the Baltic States is that the opposition in the Baltic States stood by their governments’ side and defended the integrity of their countries’ borders. All of the parties had unanimously voted to erect a barrier on the border and supported decisive actions by the Border Guard and military.

A widespread consensus is present among all parliamentary forces in the Baltic State when it comes to the migration crisis, including the socialists, greens, liberals, conservatives, and nationalists.

It is also symbolic that the person who is the face of supporting strong border defense against illegal migrants is the Latvian minister of the interior, a 49-year-old lesbian and LGBT activist Maria Golubieva from the social-liberal “For Latvia’s Development” party. In these matters, she remains more decisive and unwavering than many men.

Despite appearances, the weakest link on the EU and NATO’s border with Belarus turned out to be not Lithuania or Latvia, but Poland. Lukashnko was not faced with such unanimous resistance in Poland as he was in the Baltic States. A large part of the leaders of public opinion, commentators and politicians in Poland behaved exactly as he had predicted. When he sensed Poland’s weakness, he intensified his attack against it.

Through combat, Lukashenko is searching for the weakest point he can assault. Wherever he sees a united opposition against him, he backs away. Wherever he notices acquiescence, he attacks.

From a logistics point of view, Lithuania seemed to be an easier target than Poland.

Firstly, it has a longer border with Belarus (502 kilometers) and a much more difficult one to defend than Poland, whose border with the country is only 418 kilometers long. Secondly, Lithuania with only 2.8 million inhabitants possesses much weaker military, police and Border Guard resources to defend itself than Poland, which has a population of 38 million. Thirdly, in contrast to Poland, Lithuania possesses an 8 percent Russian-speaking minority which is susceptible to messages spread by Moscow.

Nevertheless, Lithuania possessed one deciding asset which resulted in Lukashenko’s main focus of attack being directed elsewhere. This key factor was the unity of Lithuania’s society and especially its elites in face of an external danger. When challenged with such a threat, all the differences between citizens, politicians and parties were put aside. In this situation, anyone who would act differently would risk being accused of treason.

These factors made Lukashenko redirect his efforts from Lithuania to Poland. The condition for his operation’s success is the unveiling of his opponent’s weakness and a lack of unity within their ranks. Only in this way can he lead to the destabilization of an enemy country, the creation of tensions and conflicts in it, and essentially the imposition of the rules he wants to play by.

Through combat, Lukashenko is searching for the weakest point he can assault. Wherever he sees a united opposition against him, he backs away. Wherever he notices acquiescence, he attacks.