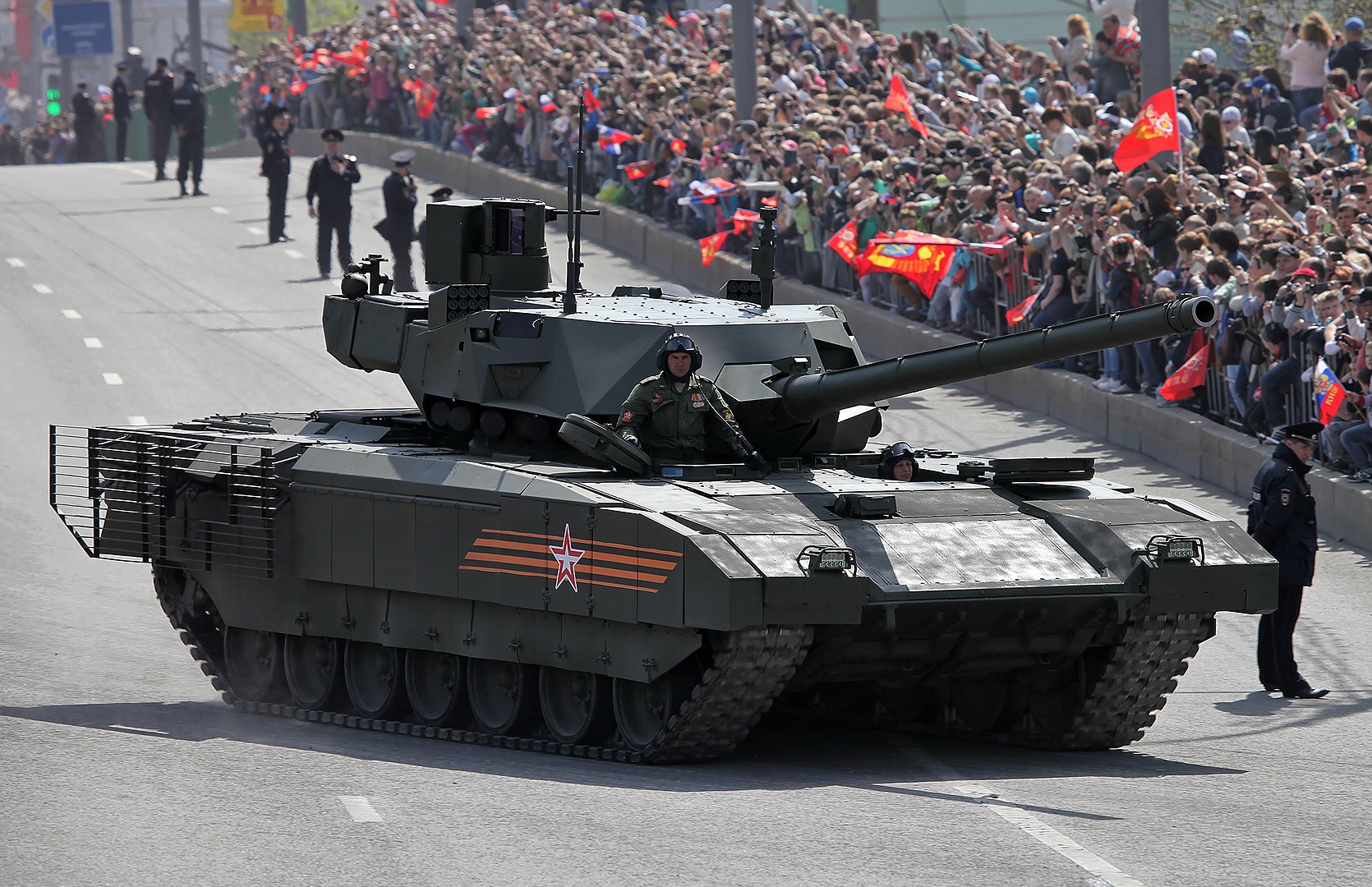 Russia will begin mass production of its next generation main battle tank, the T-14, next year, Minister of Industry and Commerce Denis Manturov announced on Monday in Moscow.

“Testing the T-14 tank will be completed in early 2022. After that, it will enter serial production,” Manturov said.

The T-14 is the first modern Russian tank whose specifications make it a rival of comparable Western designs like the U.S. M1 Abrams and the German Leopard 2. The tank was first shown at the 2015 May 1 Victory Day parade in Moscow, and at that time, the Russian Army planned to acquire 2,300 of them, but production problems and later budgetary considerations led to the postponement of production until 2025, and later it was cancelled altogether.

On paper, the T-14 and the M1 Abrams have largely comparable specifications. The Abrams has a 1,500 horsepower multi-fuel gas turbine engine, while the T-14 is a turbocharged diesel engine of identical power. The Abrams has a 120mm smoothbore cannon with a 4 km range, while the T-14 has a 125mm smoothbore cannon with a similar range but with slightly higher initial muzzle energy. This does theoretically give the advantage to the Russian model, but historically speaking, Russian tank cannons have proven less accurate over extended ranges.

It terms of top speed (90 km/h vs 72 km/h) and operational range (500 km vs 426 km), the T-14 has a slight advantage, but military analysts say that while the Abrams, first introduced in 1980, has a proven track record and established reliability, the T-14 will likely have growing pains during its production runs.

The T-14 and its two direct Western competitors all have so-called Chobham composite armor, with the T-14’s front armor also reinforced with a depleted uranium mesh. Though tests of the T-14 are not available, analysts expect the U.S. and German tanks to still have a slight advantage in this department.

The biggest differentiator is that the T-14 has a completely unmanned, automated turret, which significantly increases crew survivability.