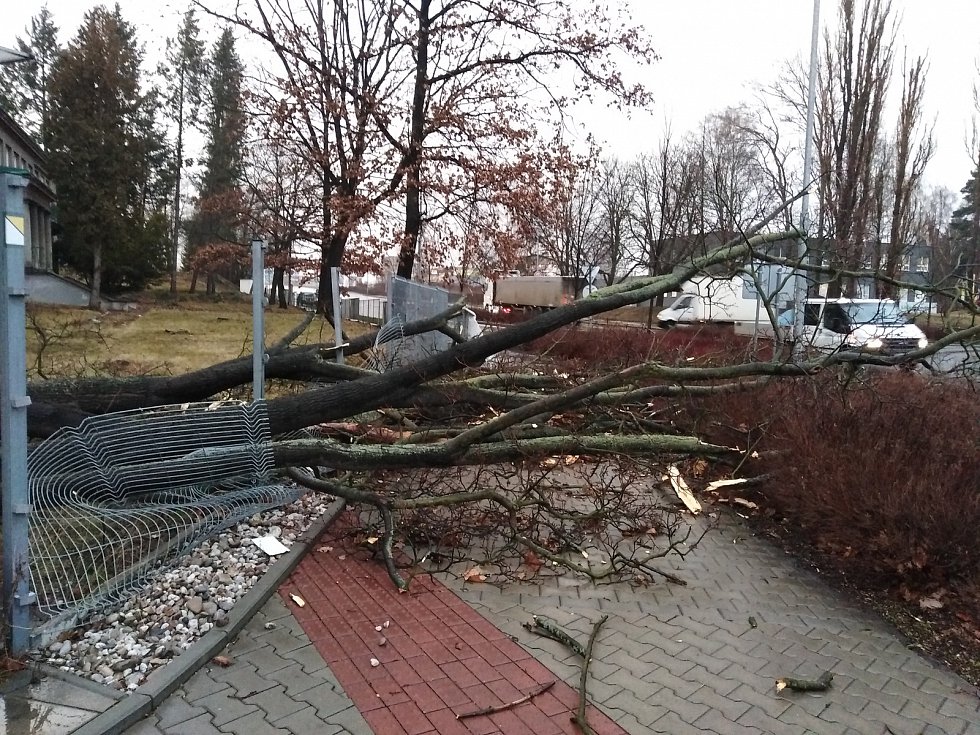 On Sunday, the Czech Hydrometeorological Institute (ČHMÚ) upgraded the weather warning against strong winds to “extreme danger level,” the highest level of a weather alert.

The meteorologists’ warning turned out to be accurate as strong winds toppled trees on Monday night, disrupting rail and road traffic. One man was lightly injured after a tree fell on his car.

Due to the strong wind, several parks, cemeteries, and zoos will be closed as a precaution. Authorities in the Liberec Region in the north of the Czech Republic recommended parents not send their children to school.

During the night, storm Sabine, which arrived in the Czech Republic after hitting Germany, surpassed the strength of a hurricane in some places. On Sněžka mountain, the highest peak in the Czech Republic, the strong wind reached the speed of up to 180 kilometers an hour.

Even in the lowlands, the speed of the wind was high, with wind gusts of about 100 kilometers and hour.

On Monday morning, firefighters in the Czech Republic recorded almost six times more emergencies than usual. From Monday midnight to 8 a.m., they handled over 900 cases, mainly due to fallen trees and branches.

Around 9 a.m. on Monday, railway traffic was disrupted on nearly 30 tracks. Problems appeared mainly in the west of the country. Earlier, the strong wind stopped the railway traffic between the Czech Republic and Germany.

Seven return flights at the Prague airport have also been canceled due to bad weather. Other flight connections may be delayed for both arrivals and departures.

Storm Sabine, which swept through Western Europe on Sunday and Monday night, is coming to the Czech Republic from Germany. In Western Germany, it claimed at least five wounded. Three people suffered severe injuries.

However, the strong wind helped to create a record for the fastest commercial subsonic flight between New York and London, with British Airways managing to make the journey in four hours and 56 minutes instead of the average time of six hours and 13 minutes.