The highest law in all EU countries remains their individual constitutions, according to Polish professor and MEP

According to MEP Ryszard Legutko, the comments of EU officials on the recent ruling of the Polish Constitutional Tribunal show the growing brutality of EU politicians and institutions 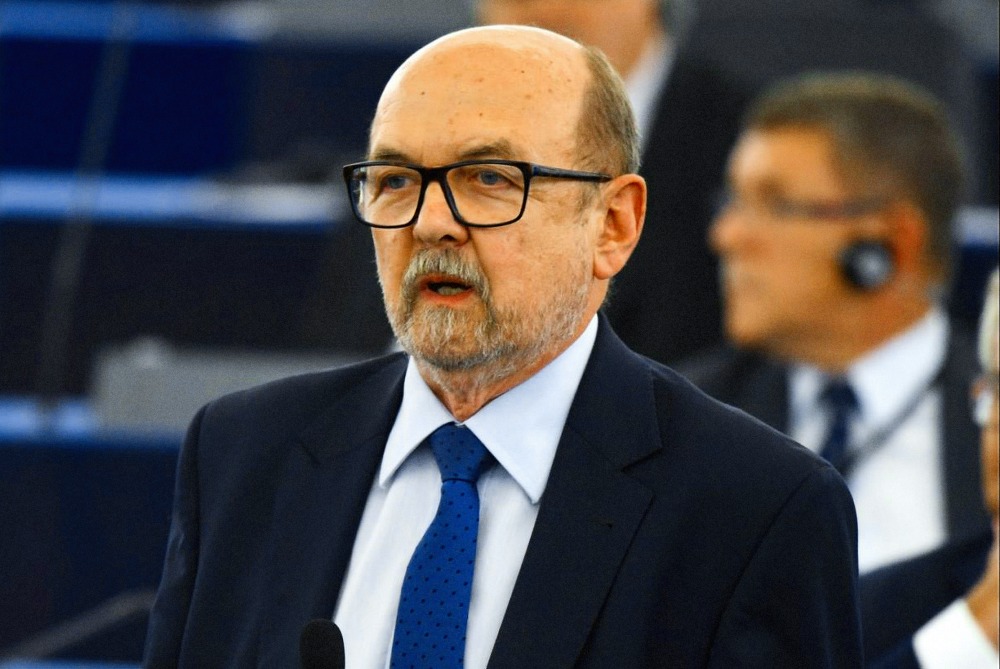 Ryszard Legutko, MEP, during his speech in the European Parliament. (Source: EP)

Law and Justice (PiS) MEP professor Ryszard Legutko recently commented on statements made by EU institution representatives concerning the Polish Constitutional Tribunal’s ruling that the constitution is the highest legal authority in Poland.

“These comments by the EU show the growing brutality of European politicians and institutions, especially since the Tribunal’s ruling was hardly a surprise. It was an affirmation of similar rulings from previous years,” he said.

Legutko added that the discussion over the superiority of EU law over state legislation has appeared in the EU discourse fairly recently.

“There is no such thing as primacy of EU law over state law. If that was the case, then this would have been written into the EU treaty,” he stressed, adding, “indeed, there is no mention of such a thing in the treaty.”

The MEP believes that Court of Justice of the European Union(CJEU) judges should not create legislation, because that is a member state competency, but instead they should interpret it.

The Polish Constitutional Tribunal has taken the position which has been accepted in all countries and states that EU institutions have limited competencies which have been given to them in the treaties. The highest law in all EU countries is their constitution.

“Member states are responsible for creating laws, and they must unanimously agree to treaty changes. The Polish Constitutional Tribunal has taken the position which has been accepted in all countries and states: that EU institutions have limited competencies that have been given to them in the treaties. The highest law in all EU countries is their constitution,” Legutko explained.

He also recalled that throughout Jean-Claude Juncker’s presidency in the European Commission, EU institutions have systematically violated EU law by asserting power beyond that outlined in the treaties.

Legutko pointed out that Poland, or rather its conservative government, has been the main subject of the EU’s criticism. Because EU institutions cannot criticize Germany or France, and so they turn to humiliating and blackmailing the countries of Eastern Europe.

“An example is the National Recovery Plan, whose lack of ratification by the commission is outrageous blackmail. This has nothing to do with the law or treaties. An EU official without any democratic mandate is declaring that Poland will not get any funds if it does act as dictated. This is really quite extraordinary,” he said.

The MEP also did not exclude the possibility that the European Commission might initiate a procedure concerning the violation of EU law and will direct a lawsuit against Poland to the CJEU. “They will continue to blackmail us with money from the Recovery Fund. In this case, Poland simply cannot back down. It is clear that any breaks have been let loose in the EU institutions. Poland is a country which abides by EU treaties and the institutions should also respect them,” concluded professor Legutko.