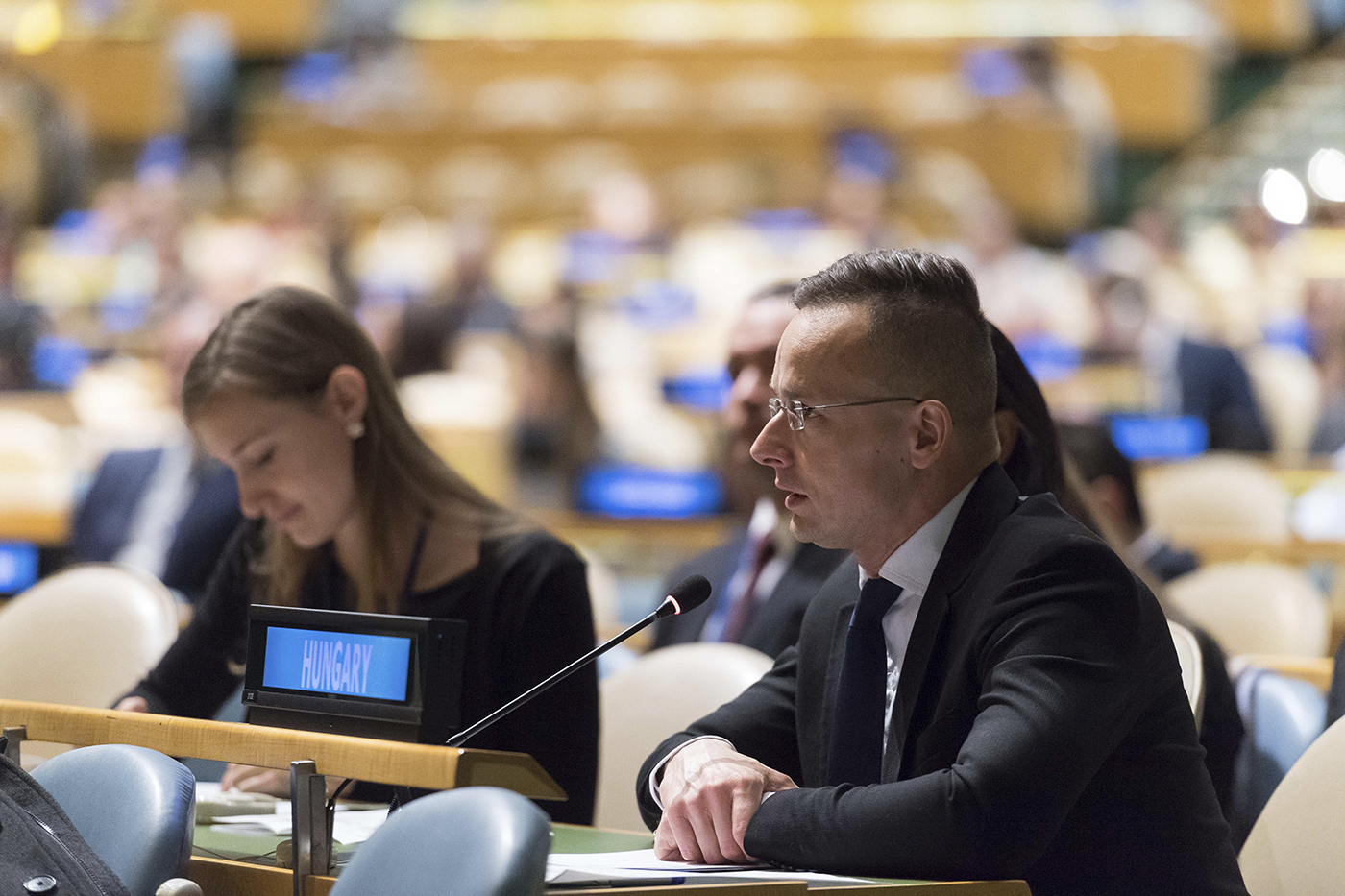 Hungary actively protects the rights of its ethnic brethren living in other countries, Szijjártó told MTI after the meeting. He noted that Hungary is a country in which the borders of the nation and the country do not overlap.

“We therefore find it especially important that the U.N. also acts as a guarantor of the rights of national minorities and indigenous groups,” he said. “Ethnic Hungarians who live beyond the borders are there not because they have migrated but because they have always lived there. It is one of the consequences of history that they now live in the territory of another country and their rights indeed must be protected.”

He emphasized that language is clearly the most important means of preserving the identity and culture of national minorities. Special attention must be paid to ensure that the language rights of ethnic Hungarian minorities abroad are not violated, he added.

As an individual case, he highlighted Ukraine, which in recent years has passed several laws restricting the rights of ethnic minorities there to use their mother tongue in education and in other walks of life.

“We expect the current leadership of Ukraine to abide by the country’s international commitments, the right of the Hungarians in the Subcarpathian region to education and use of their mother tongue, and respect the resolution of the Venice Commission which said Ukraine should not enforce the minority languages law until the overall law regarding national minorities has been passed,” Szijjártó said.