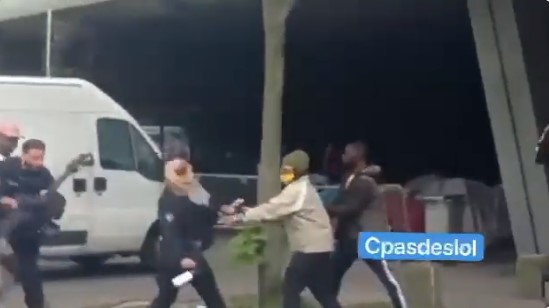 In a video shared widely on social media, one of the illegal migrants can be seen coming up behind the female police officer as she attempts to aid her partner involved in another arrest. She sees the man attempting to grab her, at which point she briefly discharges her pepper spray canister. The man grabs her, pushes her towards a parked car, and then slams her head into the hood. She gets back up to her feet, at which point he punched her in the face.

The female police officer was brought to the hospital, where she required three days to recover before she could return to work.

The incident began around 4 p.m. on May 3, when a police unit noticed that migrants lighting fires under a bridge that they have been occupying for almost a month. The police immediately asked those present to put out the fires to prevent them from spreading to nearby tents, but the migrants refused. They began throwing various projectiles in the direction of the officers, at which point they moved in to make arrests.

In the video, it appears that suspects targeted for arrest managed to escape, but police reported that reinforcements from the Territorial Security Brigade and the Saint-Ouen Anti-Crime Brigade arrested three individuals and took them into police custody at the Saint-Ouen police station, where they confirmed that the suspects were adults and had no official documentation, reports Le Figaro.

“Wearing the uniform no longer inspires respect. It is even quite the opposite. Today, we face thugs who no longer have any limits. Often, we know these individuals very well as we have arrested them countless times. They do not care about authority,” said Matthieu Valet, the spokesperson for the Independent Union of Commissioners and Police. The police trade unionist is campaigning in particular for establishing minimum sentences so that each conviction results in a prison sentence, even if it adds up to just a few days behind bars.

Violence against police has risen dramatically in France, with all 14 police unions in the country calling for military intervention last year to restore order to the country. A similar assault against police officers occurred just last month, in which 15 individuals surrounded and beat two officers trying to arrest a suspect. Cases involving the murder of police officers have also risen substantially in recent years. 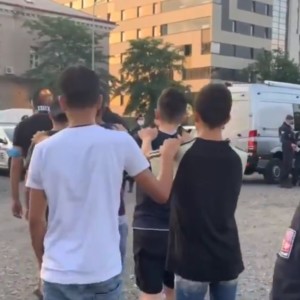