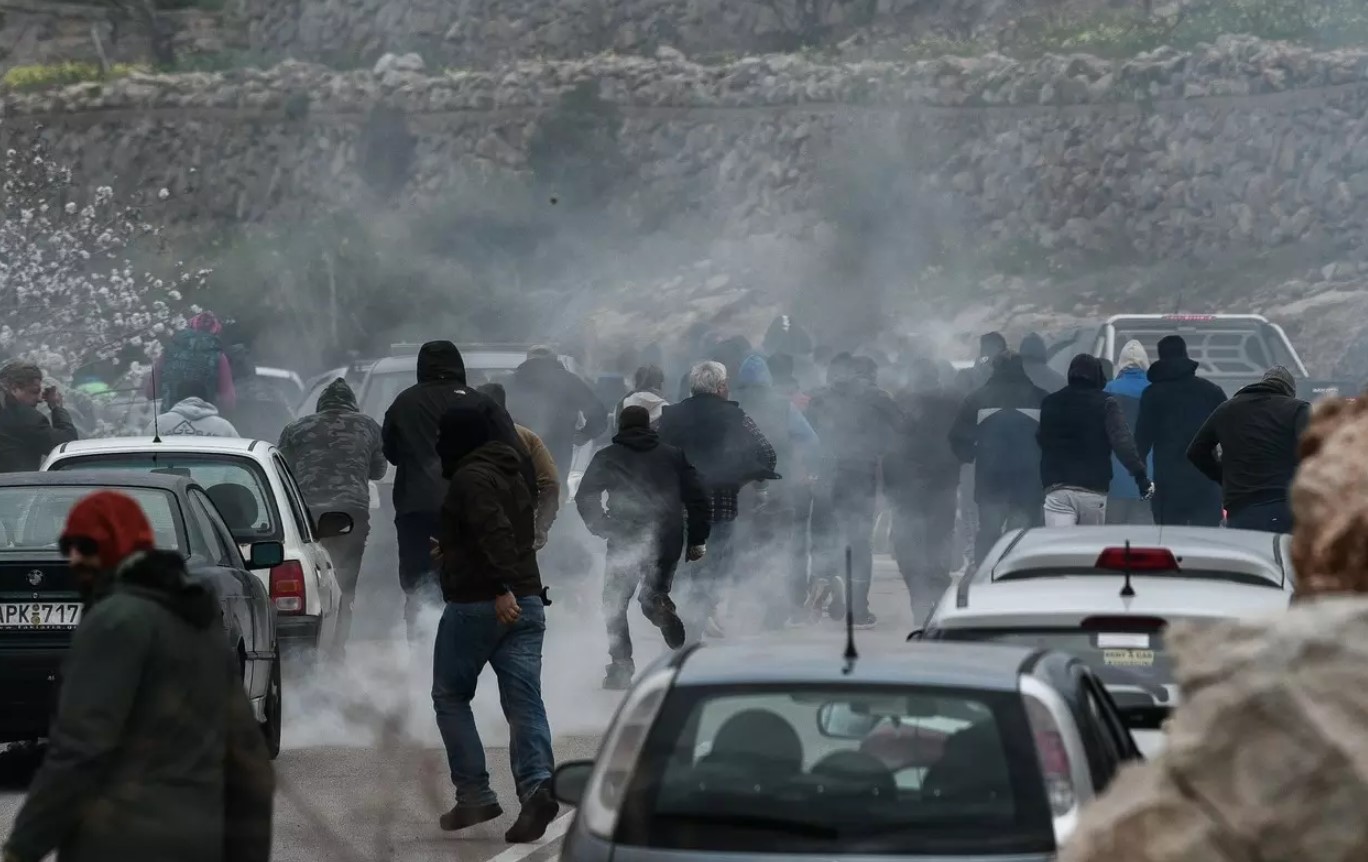 On Saturday night, migrants rioted, attacked police and set fires at a migrant camp on the Greek island of Chios following rumors that a 47-year-old woman in the camp died of coronavirus.

Most of the rioters were young migrants, who attacked the police with stones and lit the dining room and several tents at the Vial refugee camp on fire. Several cars were also damaged during the attacks, reported the DPA news agency. The Greek police had to use tear gas to get the situation under control.

The hospital on the island of Chios where she was treated later denied reports that the woman had been infected with the coronavirus and said she only suffered from a high fever.

Video of the incident was also posted to social media.

According to the Greek migration ministry secretary Manos Logothetis, the facility of the European asylum service was also destroyed during the riots.

“A large part of the camp’s administrative services was destroyed,” Logothetis said.

Boris Cheshirkov, the UN refugee agency’s spokesperson in Athens, said that authorities are still evaluating the damage to the camp but that many camp residents were likely to lose their shelters.

“Authorities are still assessing the damages but a few hundred people are likely to be affected because their shelters have burned down. We have donated tents to the authorities which can quickly be put into use, and we will assist in replacing the warehouse tents,” he explained.

Police reportedly arrested two Afghans and an Iraqi in relation to the riot.

Overall, about 39,000 people live in overcrowded camps on the Greek islands of Lesbos, Chios, Samos, Kos, and Leros, although the capacities are designed for a fraction of that number. For comparison, in April 2019, there were about 14,000 refugees in these camps.

Every day, there are skirmishes in the camps and tension is rising. The largest migrant camp Moria on the island of Lesbos hosts about 19,000 migrants, although the capacity of the facility is only 2,840 people.

The Greek government has tried to ease the situation by transporting migrants to the mainland, moving around 10,000 migrants in the first quarter of 2020.

The transfers are expected to continue in the coming weeks, with the government transporting around 2,400 elderly and sick people from the islands to the mainland.